The Republican lawmakers’ European excursion is the type of job perk that a gift ban would make impossible for elected officials and others in government, but the legislature has failed to pass one. 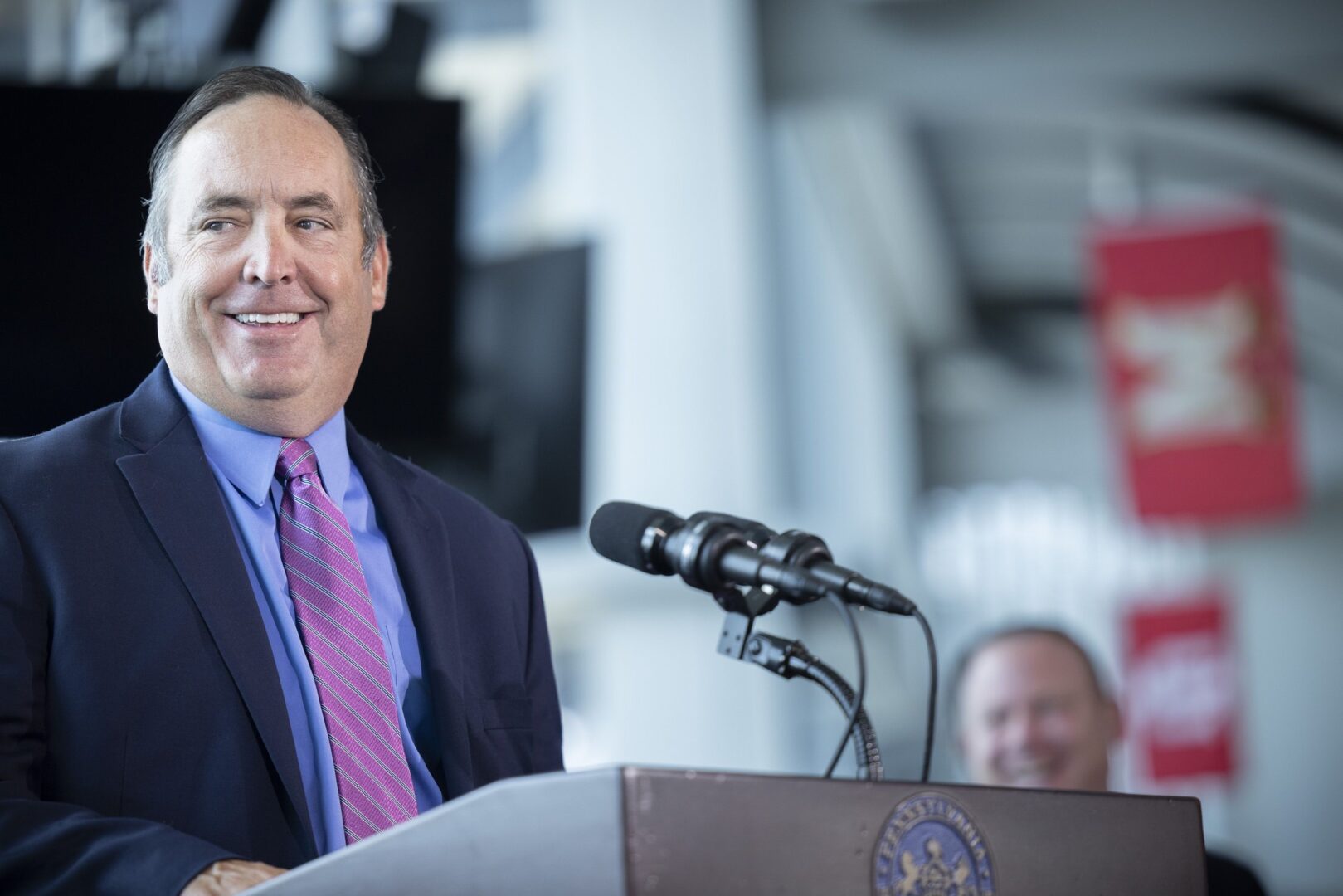 In the waning days of summer, the Pittsburgh Symphony Orchestra embarked on a whirlwind, nine-city European tour — its first international journey since the start of the pandemic.

The orchestra traveled to Germany, Slovenia, and Austria, where it closed the world-renowned Salzburg Festival. It was the only American orchestra to perform there this year, and tickets to the event were exceedingly hard to come by.

But not for a duo of Pennsylvania lawmakers.

State Senate President Pro Tempore Jake Corman (R., Centre) and state Rep. Rob Mercuri (R., Allegheny), along with their spouses, were in the audience that day in Salzburg as the orchestra played Beethoven to thunderous applause. They also spent several days in Essen, Germany, where the orchestra performed works by Mahler, Ligeti, and Beethoven.

The symphony, which has received nearly $10 million in state funding over the past five years, comped them the coveted tickets. It also picked up the costs for their airfare, hotel, meals, and other incidentals.

The lawmakers’ European excursion, which the orchestra estimated cost $15,000, is the type of job perk that a gift ban would make impossible for elected officials and others in government.

Spokesperson Julie Goetz estimated it cost roughly $15,000 for Corman and Mercuri to attend the tour, and that the two lawmakers were in Europe for four days, minus travel time.

But Pennsylvania’s legislature recently adjourned for what will likely be the last voting day of its two-year session. It left a closely watched gift ban bill on the cutting room floor.

“It’s the lowest hanging fruit on the rotten money and politics tree,” Michael Pollack, executive director of the good-government group March on Harrisburg, said of the gift ban, which his organization has pushed for several years.

But, he added, passing one would require putting aside self-interest: “They don’t want to change the culture of corruption in Harrisburg.”

Pennsylvania is an outlier among states when it comes to placing limits on gifts to elected officials and public employees.

Under current law, they are permitted to accept gifts, transportation, and hospitality of any value as long as it’s not in exchange for official action. They are required to report gifts on forms filed annually with the state Ethics Commission, but those forms do not become publicly available until the next calendar year. And there is no system of checks in place to ensure that lawmakers are reporting everything they receive, which Pollack and other advocates believe provides false assurances that gifts aren’t being used to woo public officials to specific action.

Individual lawmakers have tried for more than a decade to either rein in or ban the perk. But neither chamber of the General Assembly has shown a political willingness to move the measure to the finish line.

But that vote never happened, as state House leaders opted to let it languish. Both chambers are scheduled to return to the Capitol after Nov. 8, but spokespersons for leadership said considering a gift ban is not on their radar.

In the state Senate, Corman, who is retiring at the end of the year, was widely viewed as the holdup, as he steadfastly refused to say whether he even supported the concept, let alone whether he would allow it to the floor for debate.

The measure will now have to be reintroduced in the legislature’s new two-year session that begins in January. At that time, it will also have to start the lengthy legislative approval process anew.

In 2021, lobbyists reported spending more than $1.6 million on gifts, hospitality, transportation, and lodging for state officials or employees and their families, according to annual reports filed with the state. Because of Pennsylvania’s weak lobbying disclosure laws, however, those lobbyists do not have to itemize who they spent the money on, or for what reason.

Elected officials, however, do have to report gifts worth $250 or more — and hospitality worth $650 or more — on annually filed ethics forms. For instance, Corman last year reported receiving $5,411 in transportation and lodging from a national group that works to elect Republicans to state office, and another $1,408 to attend a workshop for legislative leaders hosted by the National Conference of State Legislatures.

He also reported receiving a $6,667 “gift” from a Western Pennsylvania law firm that provided pro bono representation when he sued over masking requirements for schools imposed by the Wolf administration just before the start of the 2021-22 academic year.

Mercuri, a first-term House member, did not report any gifts or hospitality on his ethics form for 2021.

The Europe trip will not be publicly reported until May of next year, when the state Ethics Commission posts annual statements of financial disclosure for the previous calendar year on its website. Spotlight PA learned of it through an anonymous source who shared the information after reading that several legislators were offered free trips to attend a major Western festival in Wyoming this summer.

Even then, public officials report few details: just the value of the gift or hospitality, and who paid for it.

In emails, a spokesperson for the Pittsburgh Symphony Orchestra said the organization extended invitations to all four legislative caucuses, to have one legislator from each join for the international tour.

Spokesperson Julie Goetz estimated it cost roughly $15,000 each for Corman and Mercuri to attend the tour, and that the two lawmakers were in Europe for four days, minus travel time.

She said the symphony has hosted elected officials before on international tours, notably in 2004, when several officials traveled with the orchestra to watch it perform at the Vatican. The symphony could not provide specifics about who attended that trip, or who paid for it.

The symphony, wrote Goetz, believed it was important for “a small representative group of our elected officials see us in this role when we tour, and have an opportunity to interact with foreign dignitaries and business leaders.”

Like other arts organizations, the Pittsburgh Symphony Orchestra employs lobbyists and competes for state funding. Much of that money comes in the form of grants from Pennsylvania’s Department of Community and Economic Development.

Goetz stressed that the state funding is restricted and was not used for tour expenses.

Last year, the latest data available, the orchestra received just over $4.5 million from the state Department of Community and Economic Development, funds designated for marketing to tourists. State funding in prior years was also used for marketing purposes.

The orchestra also receives grant funding from the Pennsylvania Council on the Arts, although the amounts are smaller: just shy of $400,000 since 2017.