Why are IDs for undocumented immigrants an important issue for Pa. Latinos?

Some say driver's licenses and state IDs can make the state safer and more prosperous. 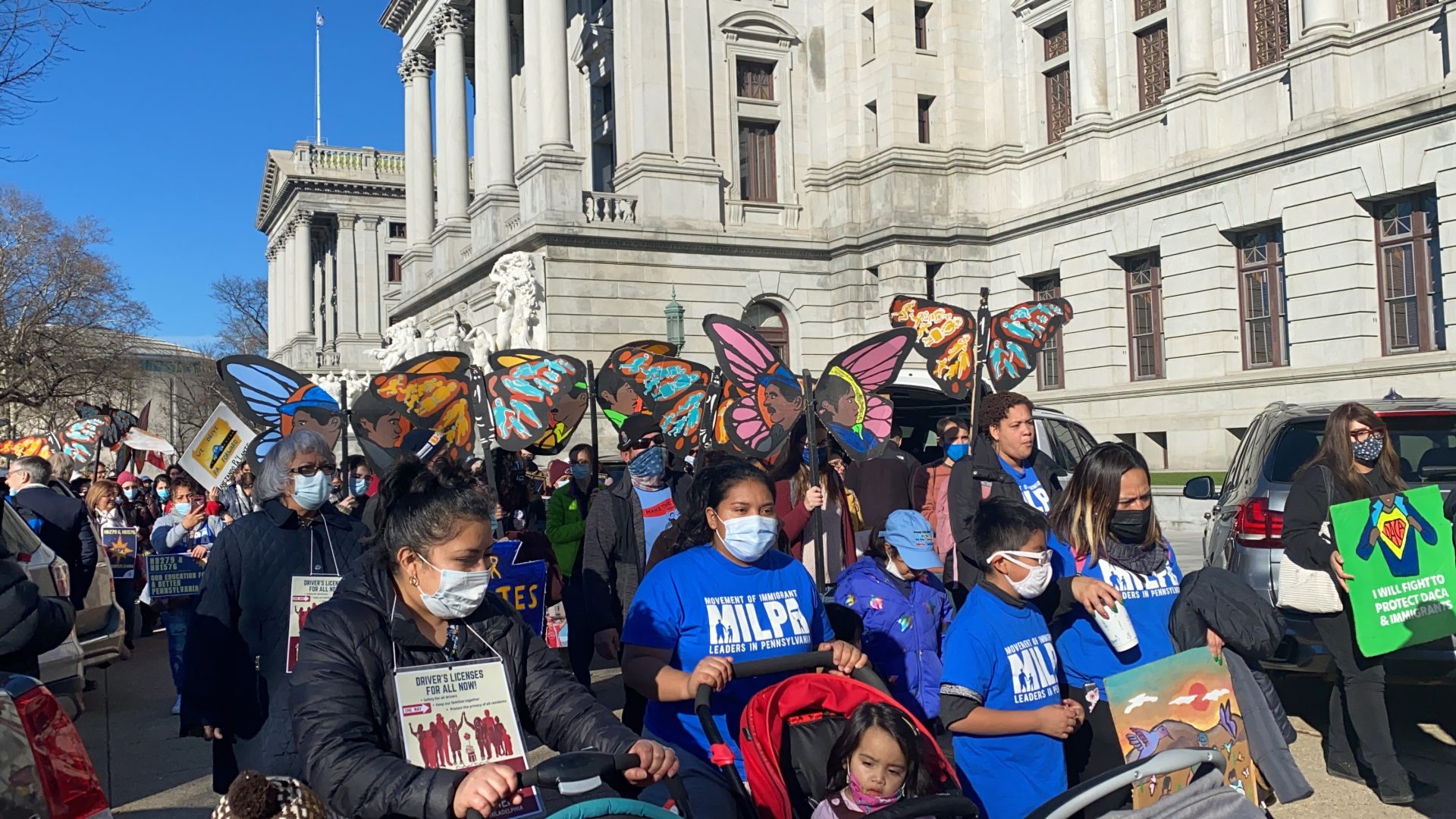 Editor’s note: This story is part of WITF’s pledge to put you, the voter, first in our election coverage – by engaging with you about issues important to your community and shining a light on them. This article has been updated to correct the name of Yudelkys Rodriguez de Vargas.

Immigration is considered a hot button issue ahead of the November election, with terms like ‘immigration reform’ and border crisis popping up in ads and debates.

Latino voters across the state have some specific ideas for changes to the immigration system that wouldn’t need an act of Congress.

In Allentown’s Renaissance Hotel, a group of Latino professionals gathered at the annual Pennsylvania Latino Convention in late September to discuss issues that matter for their community

To them, licenses – and even just state-issued IDs – are key to unlocking economic potential.

Guillermo Velazquez said the barrier to drivers licenses for non-citizen and undocumented immigrant is one of the greatest roadblocks to economic prosperity for businesses in his community.

“They could continue to grow more, but they can’t?simply because they don’t have a driver’s license,” Velazquez said. “They can’t buy a truck, they have to be either joining other partners or asking other people so they can even grow bigger.”

Velazquez is a voter and the executive director of the Pittsburgh Hispanic Development Corporation.

He said not having a license affects some families’ ability to keep a roof over their head or even putting utility bills in their name.

“The state could actually be making money from having a state license for immigrants,” Velazquez said.

Velazquez thinks Pennsylvania should go in the way of nearby New York, New Jersey, Washington, D.C., and Virginia, where a person doesn’t need to have a Social Security number to get an ID or license.

Yudelkys Rodriguez de Vargas is an immigration lawyer and a voter from Lehigh County and she said that immigrants without a Social Security numbers, documented and undocumented alike, can’t rely on current infrastructure to get to their jobs or obligations. 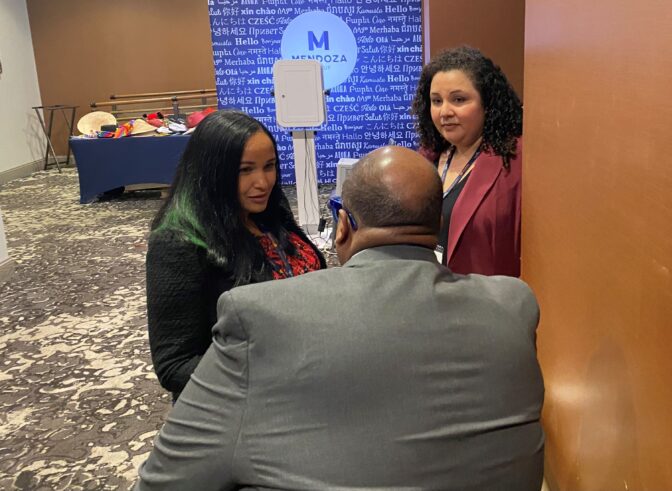 Yudelkys Rodriguez de Vargas and her colleague Tamara Shehadeh-Cope speak with an acquaintance during the PA Latino Convention.

She said she would like to see undocumented immigrants have greater access to licenses and noted some incremental progress.

“PennDOT has done some effort towards that,” Rodriguez de Vargas said. “Now, for people who have a pending application for some kind of application, they do qualify for immigration for a driver license.”

Rodriguez de Vargas helps clients who are applying for a U-Visa, which is protected status for undocumented immigrant victims of certain serious crimes.

But, she said, the process needs to be better understood by both the applicants and PennDOT workers.

“[PennDOT workers ask] ‘Are you a citizen? No? Okay, so you don’t qualify.” Rodriguez de Vargas said. “They get cut off when that’s wrong.”

A 52-year-old construction worker, who has lived and raised a family in the country for the past two decades, said he has to travel for work.

But he said it is with a lot of fear because he is one 150,000 undocumented immigrants in the state and drives without a license. For that reason he is not identified in this story.

And he said it’s also difficult because he cannot take his family on trips like any other father.

“Disney World, I wish I could take my kids there, but we can’t do that.”

If lawmakers were to pass a bill to give immigrants state IDs, it would come down to the governor to sign into law.

Anthony Orozco is a part of the “Report for America” program — a national service effort that places journalists in newsrooms across the country to report on under-covered topics and communities. He produced this story as part of the America Amplified initiative, using community engagement to inform and strengthen local, regional, and national journalism. America Amplified is a public media initiative funded by the Corporation for Public Broadcasting.