“Few states possess as many of the assets needed for innovation-driven growth as Pennsylvania,” the Brookings Institution writes in a report released Thursday, Oct. 19. Researchers say those advantages haven't created as many jobs as they should.

Pennsylvania doesn’t live up to its potential for turning innovation into jobs, new report finds 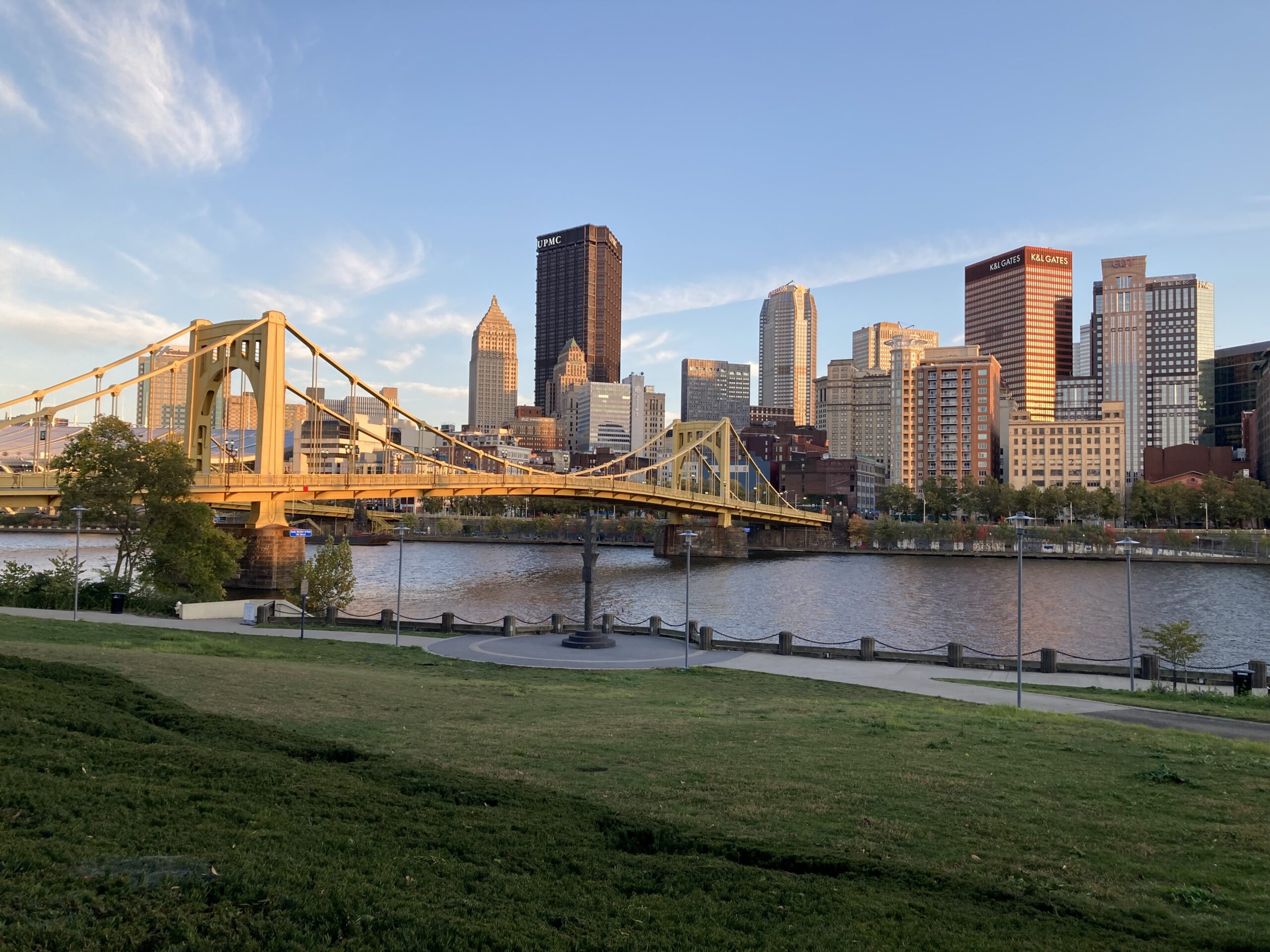 “Few states possess as many of the assets needed for innovation-driven growth as Pennsylvania,” the Brookings Institution writes in a report released Thursday, Oct. 19. Researchers say those advantages haven't created as many jobs as they should.

Pennsylvania universities so often receive plaudits for their research in advanced fields that the praise has practically become background noise. But a new study digs into the economic impact of that work, and it finds the Keystone State lags when it comes to turning academic breakthroughs into jobs.

The Brookings Institution blames Harrisburg for much of the shortfall, noting that state funding for innovation-based development has yet to recover from severe budget cuts that date back to the Great Recession.

Pennsylvania’s higher education system, meanwhile, ranks fourth in the nation for investment in research and development, according to the report. It valued those activities at $4.8 billion in 2020.

“Few states possess as many of the assets needed for innovation-driven growth as Pennsylvania,” Brookings’ Washington-based researchers write in the study released Thursday. Yet, they note, the state “has not been able to convert its assets into abundant, high-quality economic growth [with] broad-based employment across an array of high-tech, high-pay advanced industries.”

Rather, Pennsylvania ranked sixth among nine comparable states for advanced industry job growth between 2010 and 2019, the new research shows. In that decade, the number of Pennsylvanians employed in fields such as precision manufacturing, vehicle automation, and software development rose by 11% – eight percentage points below the same figure nationally, according to the study. It found that the state achieved above-average employment levels, relative to its scientific leadership, only in the pharmaceutical and life sciences sector.

In rural parts of the state, the report says, the picture is especially disappointing: those areas’ share of the state’s advanced industry employment fell over the last decade to 42%, and only one-quarter of new businesses in advanced sectors formed outside of major university hubs. Racial minorities and women, meanwhile, are vastly underrepresented in STEM education, advanced industry jobs, and business ownership, the research shows, further stunting Pennsylvania’s economic growth.

A priority for the next governor?

Brookings completed the 100-page study with funding from Pittsburgh’s Henry L. Hillman Foundation. The report builds on research the non-partisan think tank has previously conducted in Pittsburgh and across the state. Its authors repeated calls for more public investment in businesses that stem from innovation.

“Advanced industries have really important economic effects for not just the state but the nation as a whole,” said Robert Maxim, one of the authors and a senior research associate at Brookings Metro, which focuses on local communities across the country.

Aside from increasing exports and driving research and development, competitive firms boost employment, he said. “They really support jobs throughout the state. … It’s not just Pittsburgh, the city itself, or even Allegheny County, but the surrounding metro area and smaller communities across the state.”

“This is one of the remaining areas around which we have some consensus in the country and, I believe, in the state,” added co-author Mark Muro, a senior fellow at Brookings Metro. “Our hope is that the next governor, whoever it is, really piles on to this [idea] and celebrates what is happening [in Pennsylvania], suggests a direction and makes himself visible and present in the regions [throughout the state] to talk about it.”

Muro declined to say which of the major party candidates is better positioned to execute on that plan, but he noted that Democrat Josh Shapiro has been more public than his Republican rival, Doug Mastriano, in discussing the issue. 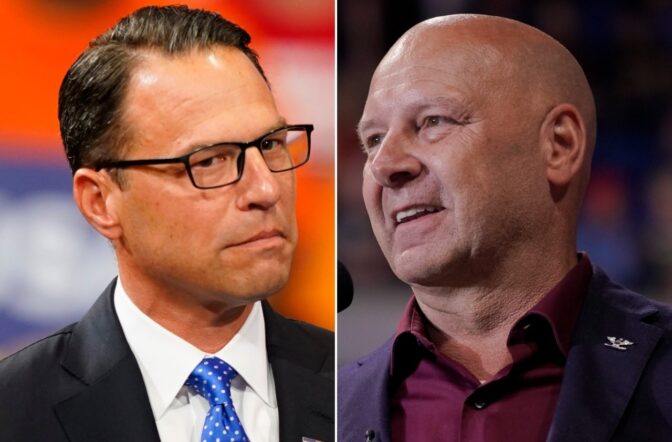 The state runs a series of programs to assist entrepreneurs who seek to form companies based on research and innovation. The Ben Franklin Technology Development Authority and Pennsylvania Life Sciences Greenhouse Initiative fund young and growing companies while also providing business and technical expertise. Small businesses, meanwhile, can participate in state-supported loan programs.

In the early 2000s, the state allocated around $130 million in inflation-adjusted terms to such “core innovation” programs, the Brookings report says. But the budget for those programs shrunk by roughly two-thirds as the Great Recession took hold around 2008. Today, the funding amounts to $45 million.

Data in the report shows that Pennsylvanians are especially unlikely to start new businesses. The state’s younger companies also tend to raise less money and hire fewer employees than their peers nationally, according to the research. The Brookings researchers did not analyze whether these trends are tied to state funding levels.

But regardless, venture capital investment in the region strengthened over the course of the pandemic and remains robust, said Kyle Chintalapalli, the chief economic development officer for the city of Pittsburgh. He noted that language-learning app maker Duolingo and autonomous vehicle tech firm Aurora Innovation were among several locally-based companies to go public last year.

“Those all kind of have ripple effects,” he said. “There’s opportunity for us to be kind of intentional in the way that we build out the broader innovation and tech ecosystem, and then more importantly, the employment opportunities that exist in a way that’s purposefully inclusive.”

“There is a lot of really top-quality strategic thinking going on in [the state’s] regions … and a real readiness and ability to design great plans, but again, little funding for it,” Muro said. “So we think that a fusion of state support with bottom-up regional development strategies is really important.”

“Those of us who are involved with economic development understand that these are the goals, and [they are] what we’re working toward,” said Terri Glueck, vice president of communications and community development at Innovation Works, the largest pre- and seed-stage investor for tech startups in southwestern Pennsylvania. The North Side nonprofit is one of four hubs in the Ben Franklin Technology Partners network, meaning its funding depends in part on the state budget. Brookings consulted with Innovation Works while compiling Thursday’s report.

“We are realistic that [with] food programs, aid for seniors, there are so many things that are pulling for dollars and attention in the state budget,” Glueck said. “And really, it’s going to be a combination of state and federal budgets that end up moving the needle on innovation.”

The Biden Administration recently awarded nearly $63 million to the Pittsburgh region to help smaller businesses incorporate robots and artificial intelligence into their operations, she noted. 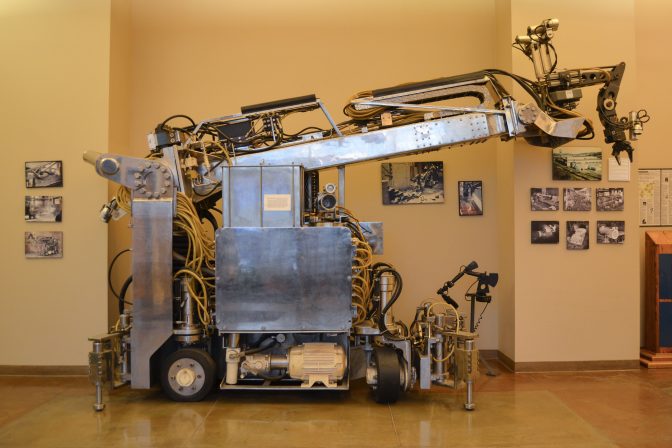 Workhorse, the third robot developed at Carnegie Mellon University to clean up the basement of Three Mile Island’s containment building, sits on display today at the school’s National Robotics Engineering Center. Although officials involved with the cleanup effort decided not to use the robot, it served as the basis for future robots developed by the researchers.

The researchers at Brookings predicted that the grant will accelerate the development of the area’s robotics and autonomy sector. And they urged state officials to increase matching funds for other federal programs that support small enterprises, with an emphasis on support for underrepresented groups. Muro said the next governor could help to steer even more federal dollars to the state by loudly advocating for its advanced industries.

He said a similar theme emerged in discussions with leaders across Pennsylvania who spoke with him throughout the research process. “We heard nothing more frequently than the need for a real vision. And frankly, the other states have been very, very visible on this,” he said. “Firms and startups and other states need to know that Pennsylvania is a dynamic place with a lot of potential where government and the existing private sector and industries and universities are really united.”

The president of the Greater Pittsburgh Chamber of Commerce, Matt Smith agreed the next governor should function as “the chief salesperson” for Pennsylvania.

While Smith praised Democratic Gov. Tom Wolf for working with lawmakers this summer to lower the state’s corporate net income tax rate from 9.99% to 4.99% by 2031, he said, “We’re really hopeful that the next governor takes the next few steps forward.”

In addition to expanding economic development funding, Smith said the state can better support businesses by loosening certain tax and permitting rules. Like Glueck, he spoke with the Brookings researchers before they released their findings Thursday.

Pennsylvania’s hospitals are in crisis. How will Josh Shapiro, Doug Mastriano address this growing issue?