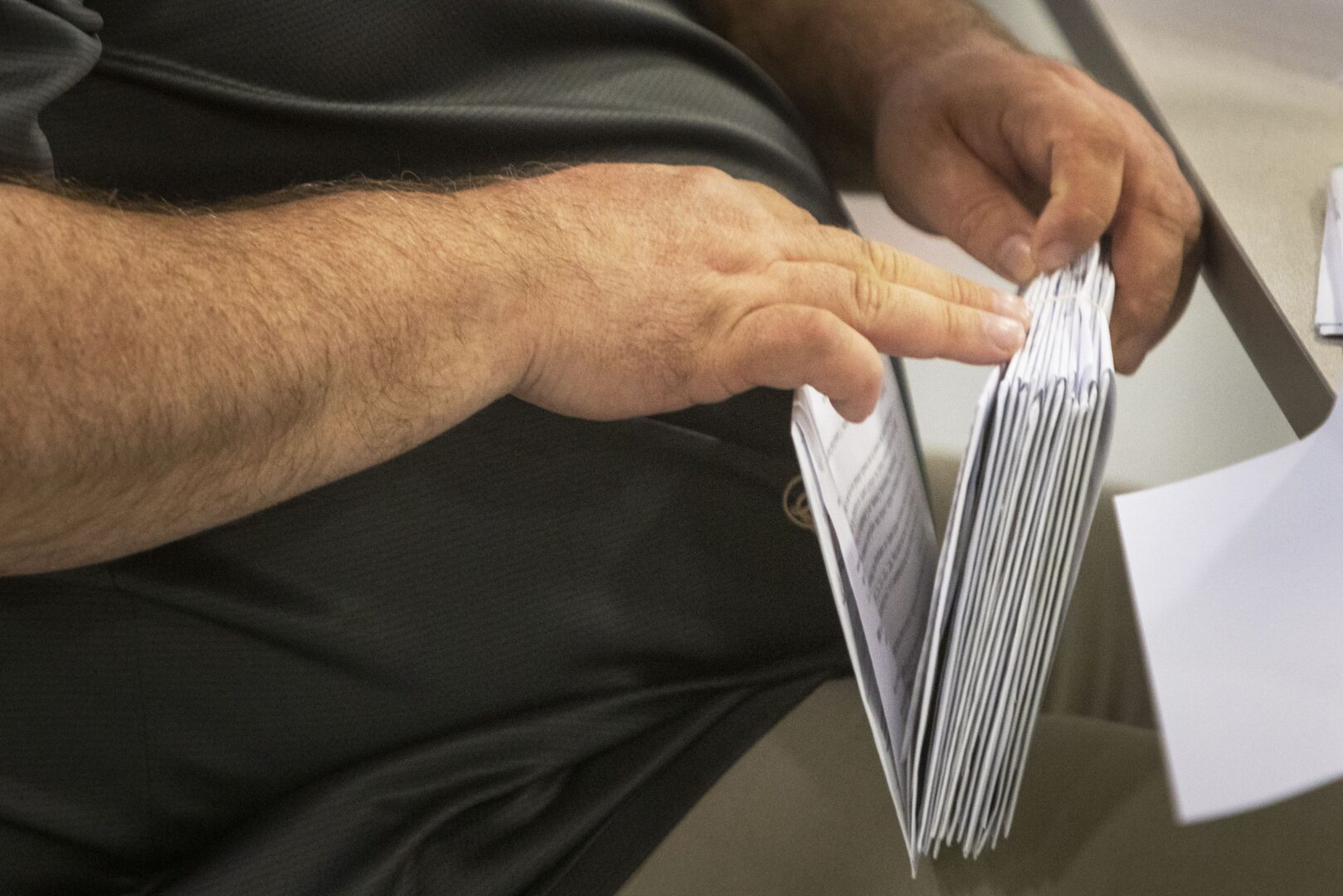 Earlier this week, the U.S. Supreme Court vacated a key federal precedent that had held that undated mail ballots — that is, ballots on which a voter failed to date the outer envelope, as required by the letter of state law — should be counted.

That means the ruling is now moot, a development that leaves the legal status of those ballots less clear. Election attorneys are divided, mostly along partisan lines, over how they should now be handled.

In a Friday interview with Spotlight PA, which the Pennsylvania Department of State requested, Acting Secretary of State Leigh Chapman said her agency has gotten “violent threats” over the phone and on social media since the decision. Chapman said she wants to make the department’s position as clear as possible: It thinks undated ballots should be counted.

“Counties need clarity on how to administer the election, and it’s critical that every voter’s vote is counted in this election,” she said. “With all the misinformation that has been spread since this week’s United States Supreme Court ruling, it was important for us to reiterate to counties that it’s the status quo, nothing has changed.”

But Chapman also concedes that courts could totally upend the rules on undated ballots and render her guidance outdated, possibly during this year’s midterm.

“There’s always a possibility of litigation,” she said. “If that occurs, the Department of State will definitely evaluate what guidance that we need to issue to instruct counties on what to do with the undated ballots.”

Even without new lawsuits, not everyone has accepted Chapman’s guidance on undated ballots.

These ballots have been subject to years of litigation in Pennsylvania — much of it highly partisan. Republicans officials and politicians have generally argued that undated mail ballots do not comply with state law and should be thrown out. Democrats have countered that a minor technical violation should not disenfranchise a voter, and pushed for the ballots to be counted. Democratic voters have been more likely to vote by mail in recent years.

Chapman’s guidance is based on May Commonwealth Court decisions made by a Republican judge. But the rulings are unpublished, meaning they are considered “persuasive” but not binding. This means that while courts can refer to these decisions in future mail ballot cases, they don’t have to.

The Wolf administration basing guidance on an “unpublished single-judge opinion,” Voss said, is “a remarkable position.”

Voss and Republican plaintiffs often look to a 2020 state Supreme Court ruling in which a divided court ruled undated ballots should not be counted — though there are also questions about whether that case is precedential.

Adam Bonin, an attorney who does similar work for Democrats, said he thinks the Commonwealth Court’s two decisions that held undated ballots should be counted show that the practice should continue.

In these cases — as in the now-vacated federal case — the rulings from Judge Renée Cohn Jubelirer hinge on the idea that so long as ballots arrive at election offices on time, envelope dates don’t have anything to do with their validity. Discarding those ballots for such an “immaterial” reason, the rulings held, could actually violate both federal and state voting rights laws.

Though the federal ruling on which Jubelirer partially based her decision is now moot, the decisions were “really grounded in state law and the state constitution first,” Bonin said.

“Basically it starts from the initial question of, the Election Code is supposed to be read to enfranchise voters and not disqualify ballots unless necessary,” he said.

But attorneys for both parties largely agree that the issue remains legally unsettled and a new precedent, in either direction, is possible. Bonin noted that a relatively small number of undated mail ballots could end up mattering a lot given the competitive races happening in November.

“The bottom line is that if there is any close race anywhere in the commonwealth, this issue will get back to the state Supreme Court and I would expect them to resolve it conclusively,” he said.

Counties try to figure it out on their own

Some county officials already have expressed doubts that DOS’s undated ballot guidance will remain relevant, and have said they plan to sequester undated mail ballots while they await litigation that may arise during November’s election.

Undated ballots have been an issue for counties before.

After the May primary election, the department successfully took three recalcitrant counties — Berks, Fayette, and Lancaster — to court to compel them to count undated mail ballots, per DOS guidance, so that the state could certify the vote. That’s one of the cases the department now points to as proof the practice should continue.

As federal precedents were shaken up this week, and those counties and others took note of the department’s position, some county election officials were skeptical.

In a meeting Wednesday, Lancaster County officials said they don’t trust that the guidance is legal.

“I think what we should do is … regardless of your position on this, to fairly state what the current state of the law is,” GOP County Commissioner Josh Parsons said. “And in my view, the Department of State is not doing an accurate job of that. The current state of the law really is unclear, but the best guidance is still a statute which says there shall be a date on the ballot.”

Lancaster officials don’t plan to defy the state at this point. But they do intend to segregate undated mail ballots so they can pull them from the count if legal precedents change again — even though DOS guidance doesn’t require that.

Other counties planning to sequester the ballots include Bucks, Dauphin, Delaware, and Montgomery.