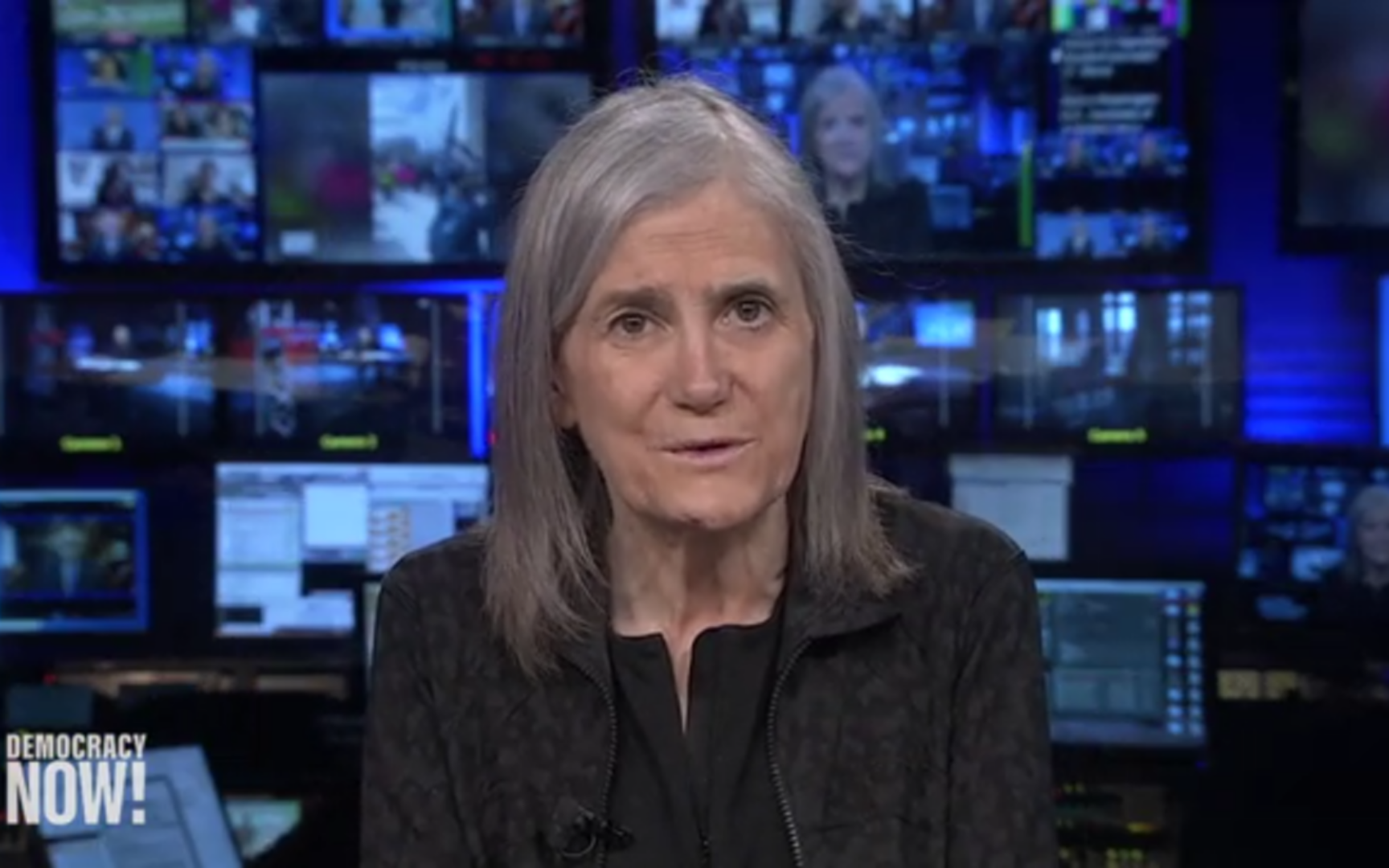 Amy Goodman is the host and executive producer of the daily national broadcast Democracy Now! — described as a national, independent news program that airs on more than 14 hundred public television and radio stations worldwide.

She has co-authored six books and been on the front lines covering some of the world’s most contentious issues and events.

Amy Goodman is slated to speak at Penn State Harrisburg Wednesday night at 7 addressing “Democracy in Crisis: The Power of Independent Journalism.”

Appearing on Wednesday’s Smart Talk, Goodman said journalists must talk to people where the news is, or where people are being impacted and not report from their big city offices,”We need a media that is driven by what’s happening on the ground in this country. And again, we are the most powerful country in the world. And what we do has an effect all over the world. And so seeing the implications of what happens here, there, but I think that’s a very fair analysis of what’s happening with the media. We need a more diverse media. We need a media that is not beholden to those in power and not a revolving door between, you know, journalists and government, but truly independent. And that’s not always easy to hold those in power accountable.”

Goodman was asked how she would reach a polarized country who often turn to media that echoes their opinions,”By continuing to bring out a diversity of voices of people and being there on a daily basis. I mean, Democracy Now. I don’t think that we appeal to only one audience. I think that conservative and liberal lines are breaking down. I think people lie in different ways around the economy, around issues of racial and economic justice. And I don’t think it’s a matter of journalists not having opinions. Everyone does, but it’s a matter of being fair or letting someone speak their truth and then feeling that they have said what they had to say. And then people can weigh that. And I think that’s the best way that when people think that you are fair, that you’re accurate. That’s what, for example, with Democracy Now! Increases our listenership and viewership around the world, being there, showing up, providing that forum for debate and discussion about the most critical issues of the day. I mean, I really think that those who care about war and peace, those who care about the climate crisis, those who care about LGBTQ equality, those who care about indigenous rights, who care about racial justice are not a fringe minority, not even the silent majority, but the silent majority silenced by the corporate media, which is why we have to take the media back.”