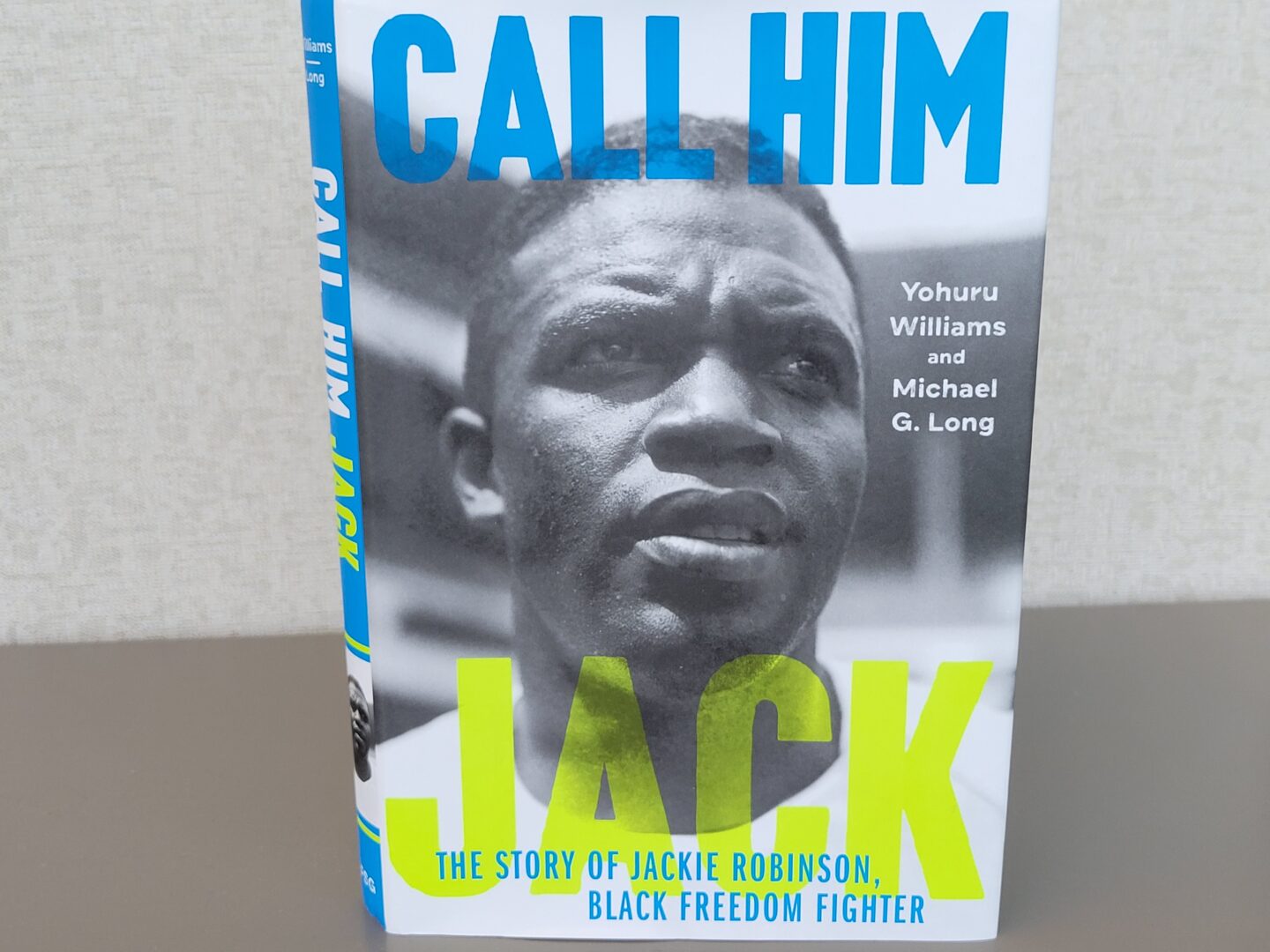 The number 42 is retired in Major League baseball. No big league ballplayer will ever wear number 42 again.

Number 42 was the number worn by Jackie Robinson – the African-American who broke the color barrier when he played for the Brooklyn Dodgers in 1947.

Robinson is in baseball’s Hall-of-Fame in part because he was one of the best players who took the field for the decade he played.

But Robinson was more than just a great athlete – yes, he was a pioneer in baseball, but he was a civil rights leader before there was an era identified as the civil rights era.

There’s a new book about Robinson – Call Him Jack – The Story of Jackie Robinson, Black Freedom Fighter written for a new generation.

One of the co-authors of the book is Michael Long who has authored and edited several books on Jack Robinson and civil rights history, who appeared on Monday’s Smart Talk.

Long said the title of the book is significant,” I wrote this book with the coauthor, Dr. U. Hoover Williams. It came from our desire to unfreeze Jack from 1947 when we see Jackie Robinson. Usually we think of Jackie Robinson on April 15th, 1947, the day he cracked a color barrier in Major League Baseball. And that’s what we usually do with our heroes. We freeze them in a moment of time. And so we freeze Rosa Parks on the bus in Montgomery. We freeze Dr. King at the March on Washington when he gave his I Have a Dream speech and we Freeze Robinson in 1947 when people are calling him Jackie by calling him Jack. We encourage our readers to look beyond that day, to look at the rough and tumble Jackie Robinson, who grew up in Pasadena. And then to look beyond the baseball diamond to the rough and tumble Jack and fight for civil rights long after baseball.”

Long writes that Robinson’s teammates and white sportswriters started calling him Jackie when he had been known as Jack his entire life.

In 1947, Robinson was subjected to verbal abuse, harassment and death threats and he famously didn’t retaliate under the direction of Dodgers’ General Manager Branch Rickey but Long said that wasn’t Robinson’s instinct,”His teammates in the Negro Leagues said that Jackie had a temper like a rattlesnake. I love that line. But that’s who he was. And, you know, Rickey knew that Robinson had a temper when he brought him on to the Dodgers. But he also knew that Robinson was smart enough to turn the other cheek in that first year in order to advance black membership in Major League Baseball. And he did it, but it was really difficult for him. It was not easy at all. He was not naturally nonviolent. It was not naturally peaceful. This was a guy who got in fisticuffs all the time in high school.”

Today, Robinson is known more as the barrier-busting baseball player but Long says his legacy as a civil rights pioneer was just as important to him,”In 1956, near the end of his career, the NAACP awarded him the Spingard Medal. It’s an annual award for networks of national importance are given to a person of color. And Jack won that award, and he called it the highlight of his career. Now, let’s just put this in perspective. In 1947, he cracks the color barrier, right? He wins the Rookie of the Year award. He then wins the Most Valuable Player Award. And in 1955, he helped the Dodgers win the World Series. He’s had a stellar career, but there he is in 1956, saying the highlight of his career was winning this award from the NAACP, and the NAACP enlisted him then to become active in the organization and to help it raise money and increase its membership. Assume that really willingly and he really became interested in civil rights when he noticed the bus boycott going on in Montgomery. And he really admired Dr. King’s leadership of that boycott that I think really pulled him in more than anything else. And King’s often said that Robinson was a sit in before the sit ins. He was a Freedom Rider before the Freedom Riders. And King was exactly right about that. Robinson was a pioneer in the civil rights movement, and folks like King and others stood on Robinson’s broad shoulders. And King knew that more than anybody else. And he frequently lauded Robinson exactly on that point. And King and Robinson worked together in the civil rights movement. King would often call upon Jack because he understood that Robinson was sort of like Oprah at that point in U.S. history. And Robinson could rally the troops and build morale for those who were involved in the civil rights movement.”