For more than a decade, Pennsylvania’s pool of new teachers has been shrinking, placing added pressure on those who go into teaching. 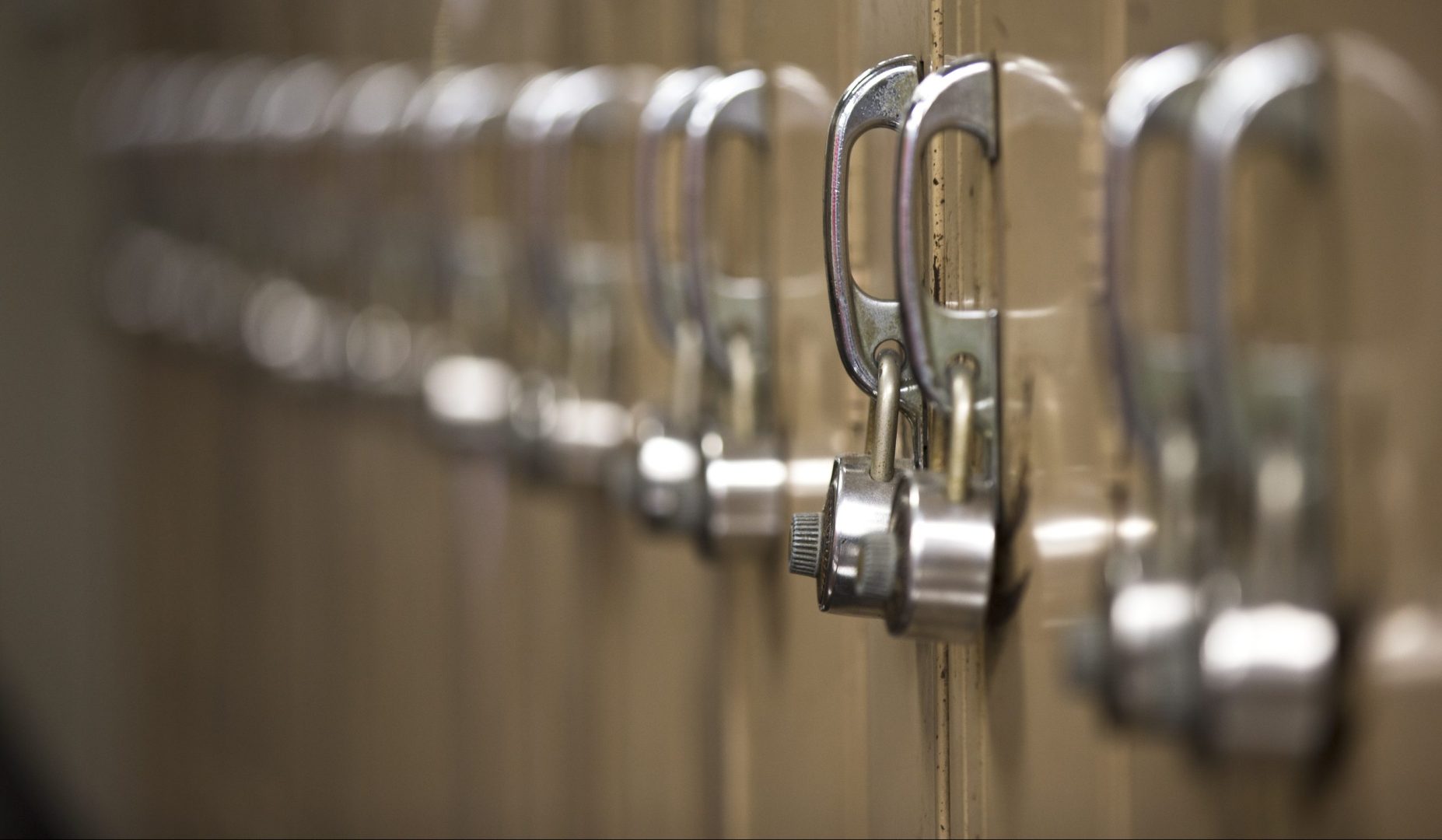 By the time Josie Stalcar started student teaching, more than half of her 46 classmates in Penn State’s music education program had dropped out.

Just six accepted teaching jobs after they graduated in May, including Stalcar and her best friend. Stalcar teaches in the district she graduated from, Susquehanna Township, while her best friend works in another community.

With the new school year barely underway, she said many new teachers are overwhelmed and some are burnt out already.

“We find that it’s not what we thought it was going to be. Yes, things are going to be different… but some things are just way different,” Stalcar said.

For more than a decade, Pennsylvania’s pool of new teachers has been shrinking, placing added pressure on those who go into teaching.

Stalcar was one of more than two dozen teachers, school leaders, and researchers to sound the alarm and offer dozens of solutions during a one-day summit in Harrisburg hosted by Teach Plus Pennsylvania, a teacher empowerment group, and the National Center on Education and the Economy (NCEE).

They talked about solutions already in place, like waived policies to make teaching in Pennsylvania more appealing to retired teachers and teachers from other states. They also discussed future goals, including scholarships, pipeline programs, and paid apprenticeships.

“This is something where there’s not one single thing that’s going to solve this problem overnight,” said Eric Hagarty, the state’s acting secretary of education. “I think collectively within these hundred plus different things, we will accomplish our goal here.”

While the summit was a one-day-only event, organizers said they plan to publish a report with their findings and form a consortium focussed on solving the state’s teacher shortage to keep the conversation going. 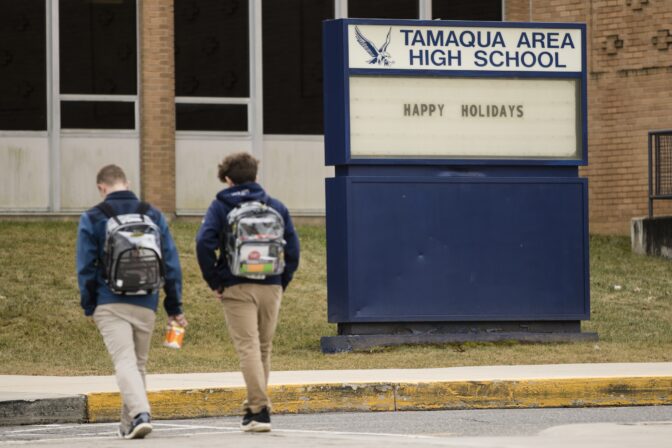 Just how many teaching positions are vacant in Pennsylvania is unknown since the state doesn’t collect staffing data from districts.

Hagarty said tracking district vacancies is a central component of the department’s new educator workforce strategy. Before the state can track staffing levels, the department has to update its outdated information management system.

“I hope that we will have a better story to tell around data collection if we convene like this again in six months,” Hagarty said.

Without staffing data, researchers like Ed Fuller at Penn State, and others, have looked at other sources for answers.

Despite fears that education would experience its own “great resignation” following the pandemic, available data shows that teachers don’t appear to be leaving the profession en masse — at least not yet.

Instead, Fuller argues Pennsylvania’s problem stems from a long-standing pipeline issue. While people are leaving their jobs, the bigger problem is far fewer people are entering the profession overall.

Pennsylvania and a handful of other states saw the largest drops. In the last decade, the number of newly certified in-state teachers dropped from roughly 15,000 a year to 5,000 last year.

“For the first time, we have more people on emergency permits than we certify every year. That’s a problem,” Fuller said.

While teachers leaving the profession is a factor, Pennsylvania has lower attrition rates than most states, according to Fuller, and the rate did not go up substantially during the pandemic. 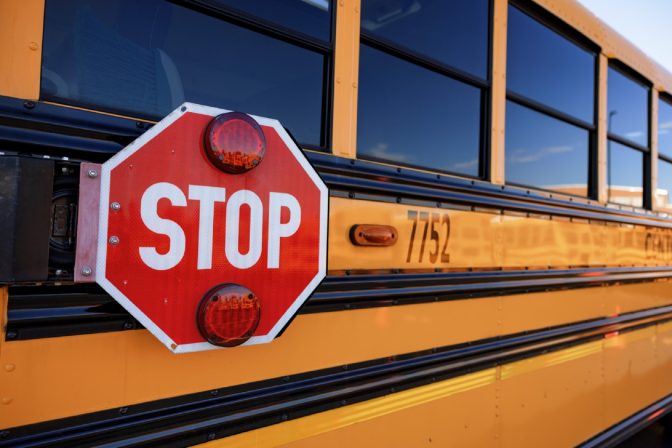 Why people aren’t going into teaching

While there are many reasons why young people aren’t going into teaching, the four big reasons have to do with money, status, preparation, and working conditions.

The cost of higher education in Pennsylvania increased by more than 10% from 2012 to 2020. During that same time, teaching salaries when adjusted for inflation remained static or declined.

The snipe, “Those who can, do; those who can’t, teach,” is a lasting example, as well as recent culture war that includes unfounded claims that teachers are radicalizing, and in some cases, grooming children.

Amy Morton, a system design specialist with NCEE, said many teachers who deal with these conditions also enter the classroom feeling unprepared and don’t receive the support they need professionally.

“It’s not really a big mystery as to why people aren’t chomping at the bit to jump into a preparation program that costs substantial dollars compared to other professions they could pursue,” she said.

Laura Boyce, with Teach Plus Pennsylvania, said research shows that teachers of color face additional workplace challenges, including an antagonistic work culture that can leave them feeling unwelcome, invisible, or undervalued.

Researchers have found that teachers of color tend to leave the profession at higher rates than their white colleagues, further exacerbating the gap between an increasingly diverse K-12 population and a teaching force that is overwhelmingly white.

Lisa Richardson, an English teacher in Upper Darby School District, said it’s her identity as a Black teacher that’s stopped her from leaving the classroom.

“I’m the only Black teacher in the English department,” Richardson said. “If I go, then nobody gets African American literature with a Black teacher.”

But after 28 years in education, she’s at a “crossroads.”

“I feel like there’s no room for change. If I feel like I can’t make change, I don’t really want to be there,” she said. 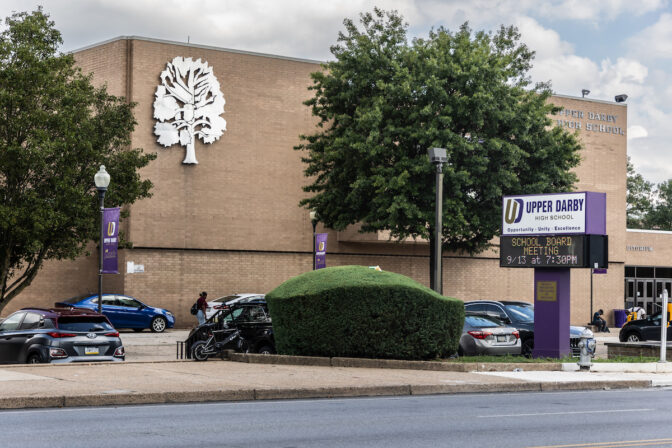 Upper Darby High School is facing a teacher shortage as the 2022 school year gets underway.

While there are short-, medium-, and long-term solutions to the teacher shortage, the most meaningful are not quick fixes.

“I am optimistic that we have the political will to prevent the situation from getting worse and maybe even improving,” Hagarty, the state’s acting secretary of education, said during the summit.

In an interview after the event, he pointed to recent changes at the state level intended to get more teachers into classrooms, including a new reciprocity agreement that allows teachers credentialed in other states who have two years or more experience to bypass licensing exams.

He also highlighted the state’s decision to waive its “basic skill assessment,” which previously served as a barrier for many applicants, and allow retirees to return to the classroom without any negative impact on their pensions.

“Those three things alone are not going to solve the problem overnight, but hopefully provide a little bit of relief in the short-term while some of these longer-term fixes take their time to play out,” Hagarty said.

One approach discussed would be making college more affordable through the Nellie Bly Scholarship Plan, which failed to gain widespread legislative support when it was first introduced by Gov. Tom Wolf in 2020.

If passed, the scholarship, named for the 19th-century Pennsylvania-born journalist who couldn’t afford to complete college to become a teacher, would provide $200 million in grants to middle- and low-income students pursuing degrees in education and healthcare at universities run by the State System of Higher Education and community colleges.

In exchange, recipients agree to stay in Pennsylvania after graduation for the same number of years they received the scholarship, otherwise the amount is converted to a low-interest loan.

Other solutions discussed include pipeline programs where local communities recruit high school and college students to become teachers, with the requirement or hope that they ultimately teach in-state.

The program, known as Grow Your Own, is a partnership between school districts and educator preparation providers that allows people from local communities to earn their degree and educator license for free while being employed during their student teaching. Upon graduation, students are hired as full-time teachers by the same district.

Now that other states are eligible, Hagarty said he hopes the Commonwealth will follow.

“I want Pennsylvania to be the ninth state to partner with the National Center for Grow Your Own,” Hagarty said. “We’re working to move as much of that forward as quickly as possible.” 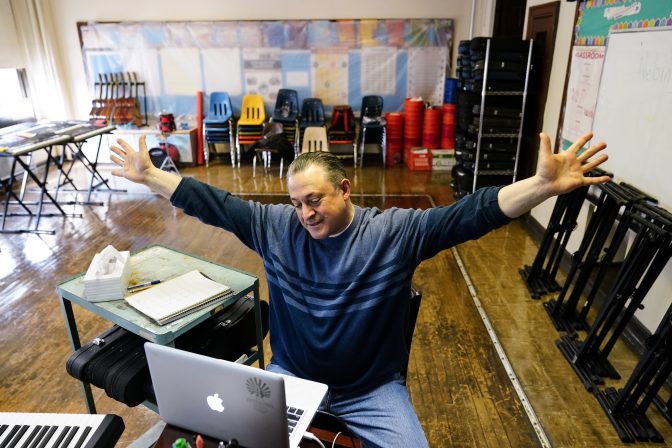 While it may seem like selling students on teaching would be tough, Sharif El-Mekki, founder and CEO of The Center for Black Educator Development, said many students just need an opportunity.

That’s the idea behind his organization’s apprenticeship program in Philadelphia, which pays Black and brown high school and college students to work as teacher apprentices.

“We have to make sure that we are creating a pipeline for youth who actually are interested,” rather than steer them toward other opportunities, El-Mekki said.

For El-Mekki, the Black teacher pipeline is 12 years long, starting when a student is in their first year of high school and following them through college and their first four years of teaching.

Stalcar, who’s in her first weeks of teaching in her home district, said a student recently asked her why she decided to teach.

“Another kid shouted from the side of the room, ‘Being a teacher sucks,’ I was like, ‘Whoa, it’s not that bad,’” she jokingly told summit attendees.

But there was some truth to what her student said.

“I’m on TikTok, we’re all on the same Internet… and they have a point. It’s not perfect, no job is perfect, but from what they’re seeing, they’re not inclined to go teach,” she said.

So she did the only thing she could do and answered her student’s question truthfully.

She told them how she attended the same schools they did and had some teachers who were good and others who were bad.