Spotted lanternfly is everywhere. Can they be controlled? 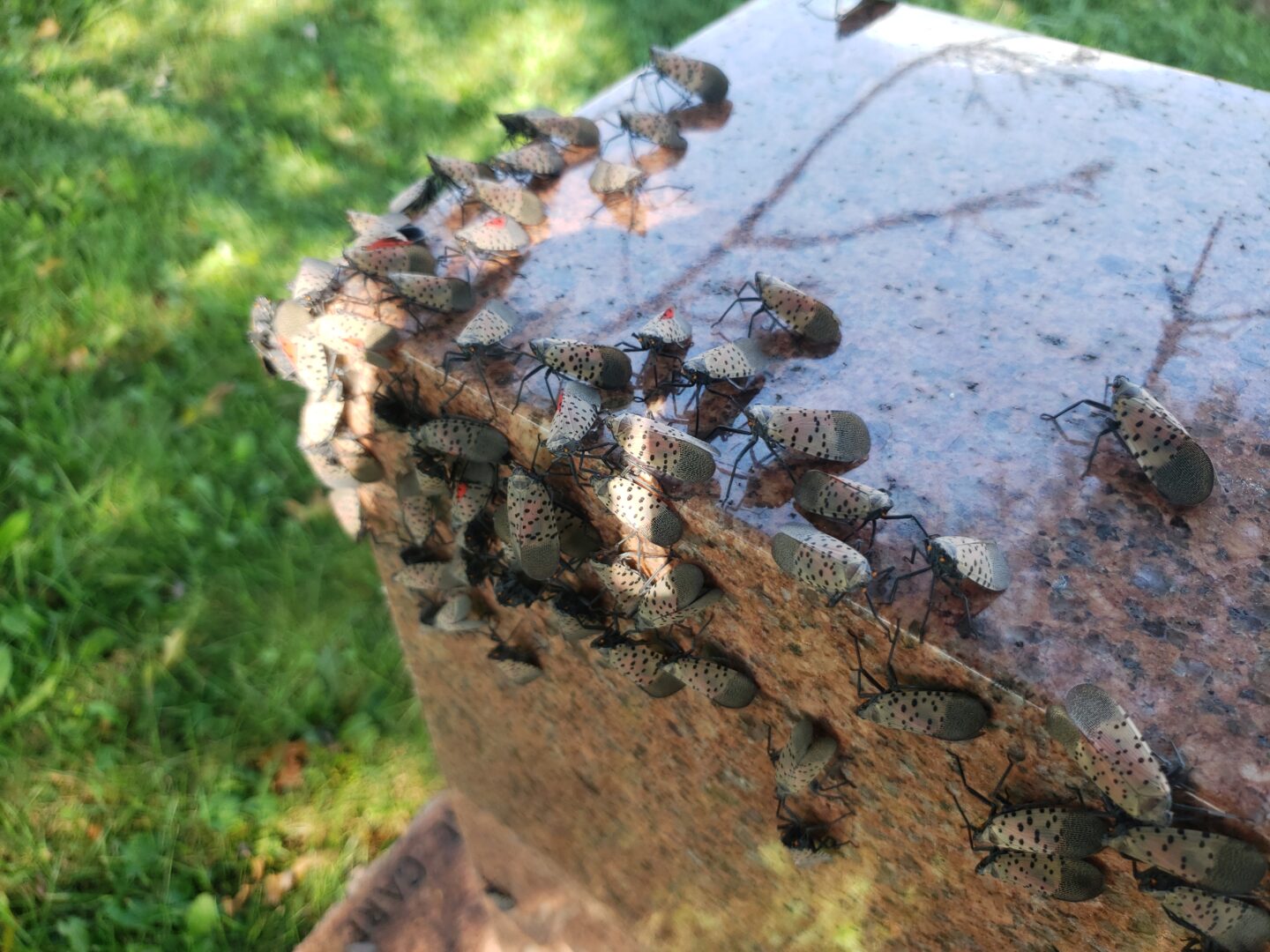 The invasive spotted lanternfly seems to be everywhere or at least on buildings and structures.
Since showing up in Berks County in 2014, the lanternfly has become a pest in Pennsylvania that can pose a danger to trees and plants but not to humans.

With few natural enemies in Pennsylvania and even difficult to eliminate with pesticides, we are told to squish the bugs on site. Doesn’t seem to be the most efficient or scientific way to control the lanternfly, but that’s where we are.

Joining us on Friday’s Smart Talk was Kelli Hoover, Professor of Entomology at the Center for Chemical Ecology, Center for Pollinator Research and Insect Biodiversity Center at Penn State University, who said, “There are more of them this year in places they were not found before. So, they have been spreading to more locations and in the locations where they arrive, like near Harrisburg. Populations have grown since they first arrived there several years ago. So. they wane and fall and then rise back up again over time. And some of that has to do with availability of food. And when they run out of food, they leave the area and go somewhere else.”

The lanternfly has only been in the U.S. from Asia for eight years, but what have researchers at Penn State learned,”The most important thing we’ve learned is, first of all, that they’re incredibly good hitchhikers so they can lay eggs or hop on a truck, a car, a railroad line, railroad cars and in the bag of an airplane. And on occasion, one even makes it into the passenger seating area on a plane. So they’re really good at hitchhiking. It’s one of the reasons why we’ve all been cautioned, those of us who live in spotted lanternfly flight plan, which is now about two thirds of our state, we’re being cautioned to be sure to check for insects on or in your car when you leave a quarantine county and to move into a county that’s not under quarantine to make sure you’re not transporting them somewhere else.”

Dr. Hoover was asked about controlling lanternflies,”They’re actually quite sensitive to the insecticides that are being used to manage them. The problem is getting it to the insect. So if you inject a tree with an insecticide, it’ll last for a few months. But then it begins waning its ability to kill them. And if they use something that kills the bond contact that does that lasts even less amount of time. So and given how often they move and how far they can move, it’s very hard to predict which trees do I treat. So if you’re constantly chasing them, it’s it’s really different from any insect I’ve ever worked on where you have a crop like corn or soybean, and the pest is in the crop, it’s not going anywhere. And you can treat the crop and you’re fine. This insect will keep moving on you. So that’s part of the problem now. Will smashing them make a difference in their populations? No, but I guess it makes people feel better if they’re on their property and this.”