A spotted lanternfly is on a restaurant door handle in lower Manhattan in New York City on Tuesday, August 2, 2022.

Spotted lanternflies are laying their eggs throughout Pennsylvania. Here’s how to stop the invasive insect’s spread

“They will lay their eggs on darn near anything — rocks, trees, they’re not really fussy.” 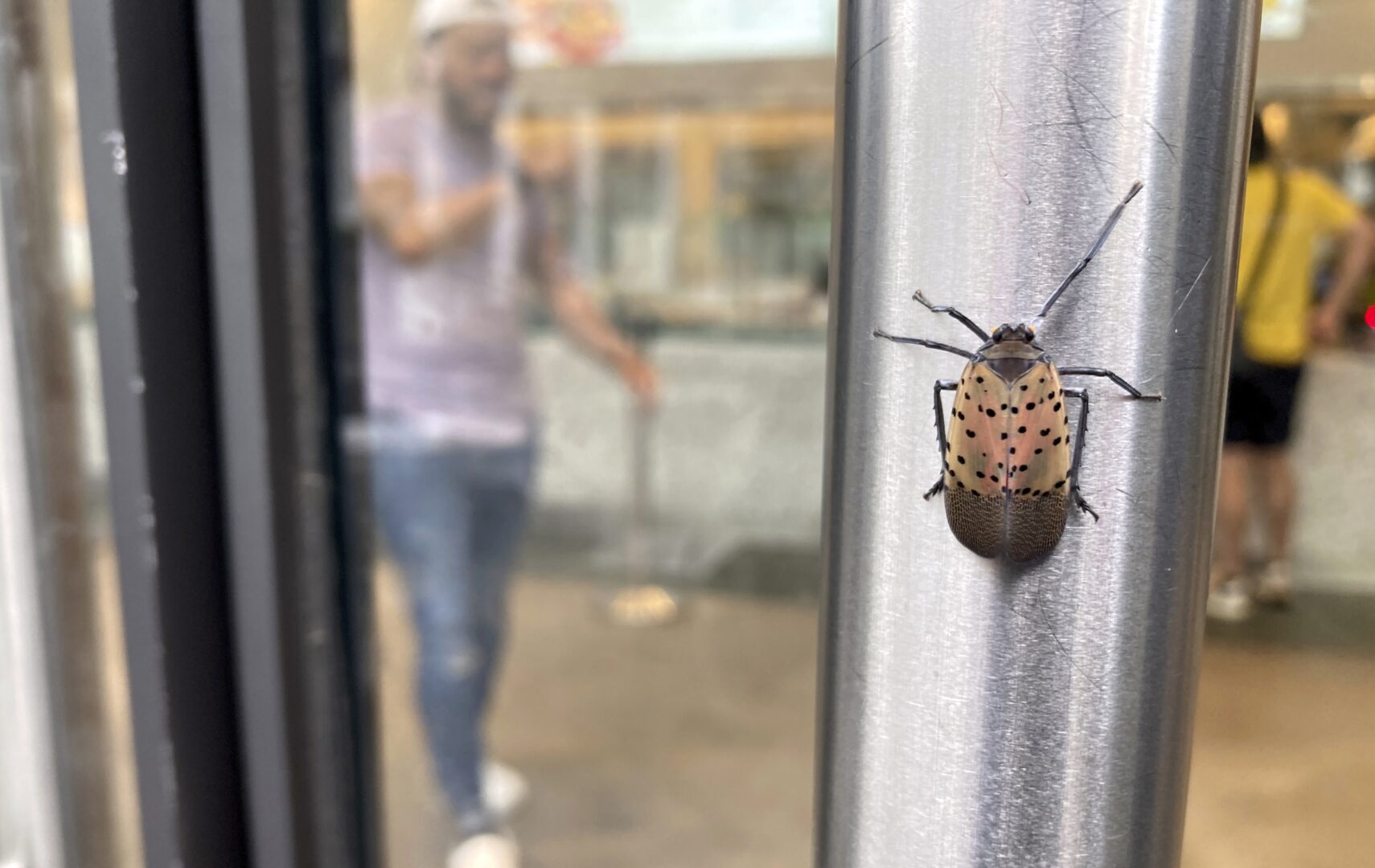 A spotted lanternfly is on a restaurant door handle in lower Manhattan in New York City on Tuesday, August 2, 2022.

Pennsylvanians can be seen stomping along sidewalks, bridges and porches. No, it’s not the latest dance craze. It’s an attempt to squash the invasive spotted lanternfly. And cooler temperatures mean the insect is ready to lay its eggs.

The black and red bugs first arrived in Berks County, Pennsylvania, in 2014 and have steadily made their way across the commonwealth and into a handful of neighboring states. Penn State Extension commercial horticulture educator Sandy Feather said egg masses are typically laid beginning around now and will hatch in the spring.

“Their egg masses really look like a little smear of mud,” Feather said. “They will lay their eggs on darn near anything — rocks, trees, they’re not really fussy.”

According to Feather’s colleagues in eastern Pennsylvania, where the lanternfly infestation has gotten particularly bad, rusty metal appears to be a favorite location for egg masses. Each mass can hold up to 40 eggs.

“We can do things like, when they’re within reach, scraping those egg masses into a container that has rubbing alcohol or hand sanitizer in it,” Feather said. “You don’t want to just scrape them down on the ground because they’ll go ahead and hatch.” 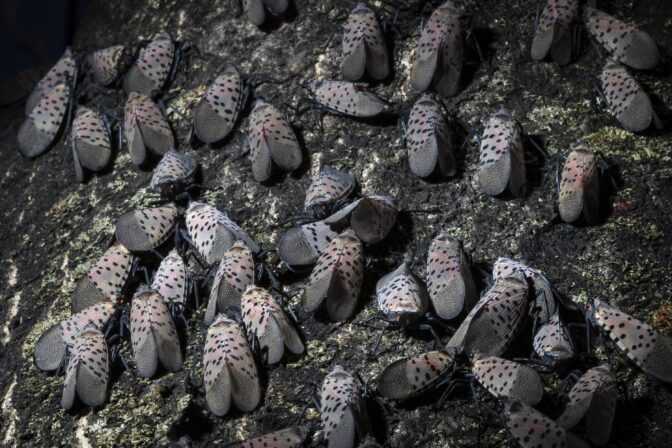 In this Thursday, Sept. 19, 2019, photo, spotted lanternfly gather on a tree in Kutztown.

While people are encouraged to scrape and kill the invasive bug and its eggs, Feather said it’s unrealistic to think they’ll be eradicated.

The lanternfly likely arrived on a shipping container from Asia and has traveled on the bottom of trains, vehicles and outdoor equipment like trampolines. More than one-third of Pennsylvania’s 67 counties, including Allegheny, have been placed under quarantine in an effort to stop the spread.

Adult lanternflies can put their piercing, sucking mouthparts through the bark of trees, stealing nutrients and weakening the tree’s vascular system. Feather said this diet is very high in carbohydrates but not high in protein, so the lanternflies must almost feed continuously. That’s troubling for plant life, but the insects’ sticky, sappy excrement (which Feather said is “politely called honeydew”) can also do damage.

“We think of them as plant stressors,” Feather said. “If there’s a lot of feeding going on on a tree, something else could come along like root rot disease that would make the tree susceptible.” 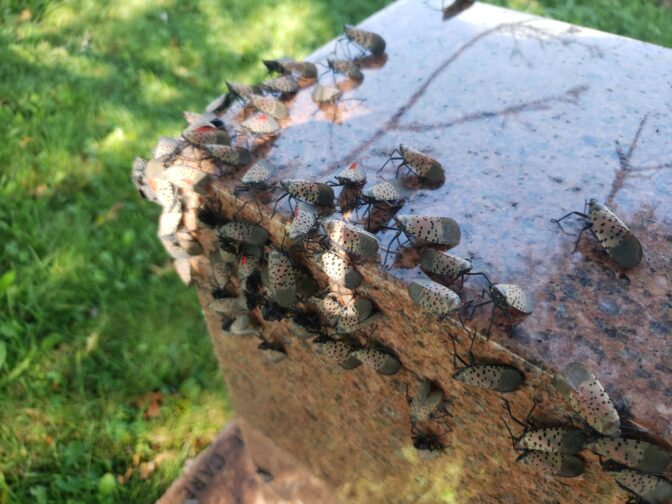 Researchers are still discovering which species eat the spotted lanternfly. Some people have reported chickens, praying mantises and spiders chowing down on the bug. But Feather said some birds might need more convincing.

“When a non-native insect like this is introduced, the birds aren’t sure they’re going to eat them,” she said. “They like to taste things first.”

The spotted lanternfly doesn’t bite or damage property like some other invasive species, and unlike stink bugs, Feather said they likely wouldn’t want to come into homes for the winter. She recommends using horticultural oil or insecticidal soap to spray to keep them away.

Residents are still asked to report sightings of the lanternfly in their communities. More information can be found at Penn State Extension’s website or by calling their hotline at 1-888-422-3359.