We have a plan for a new direction for America,” he told The Associated Press. 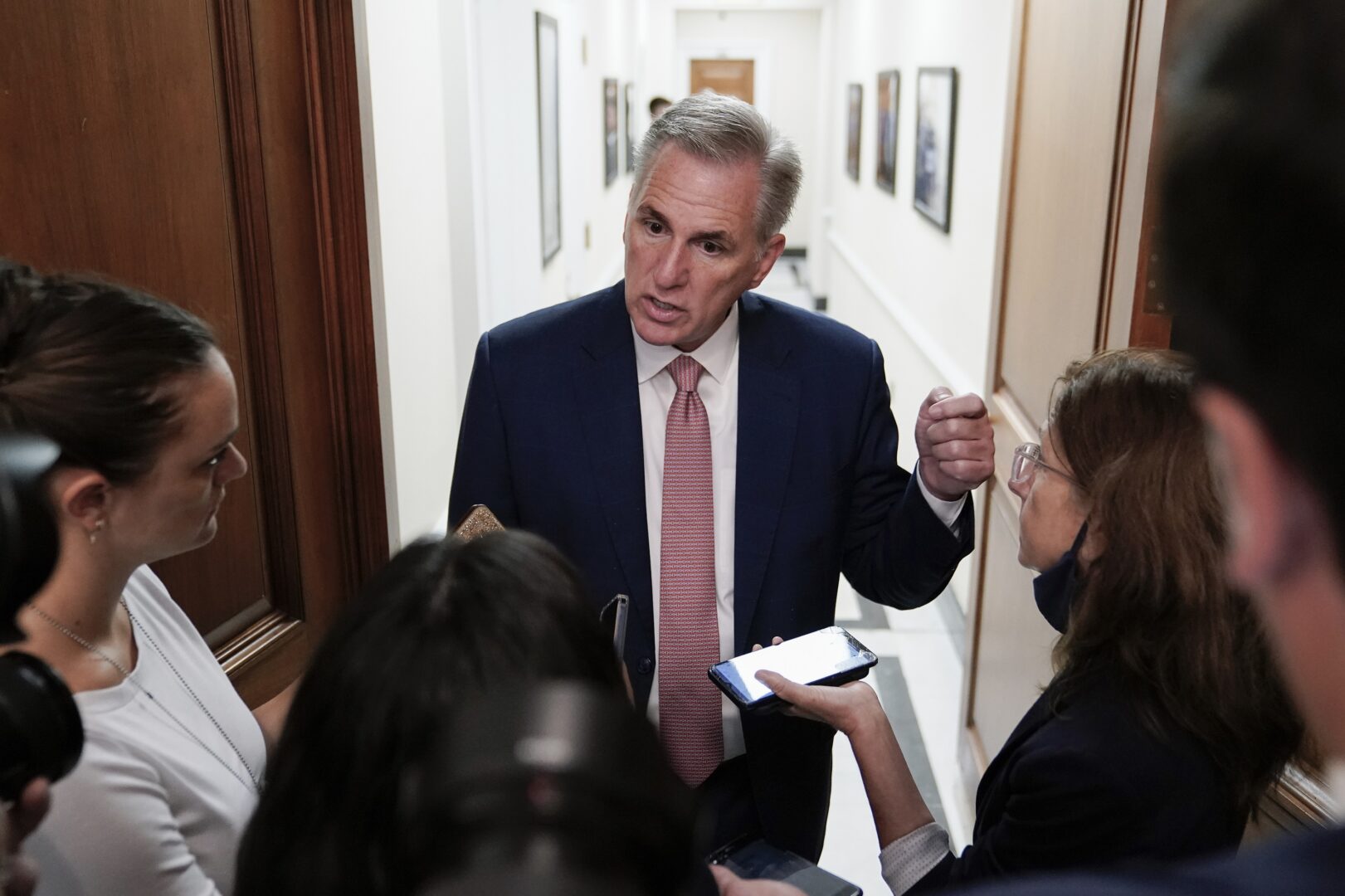 Republican leader Kevin McCarthy is heading to Pennsylvania on Friday to directly confront President Joe Biden and the party in power, unveiling a midterm election agenda with sweeping Trump-like promises despite the House GOP’s sometimes spotty record of delivering and governing in Congress.

McCarthy, who is poised to seize the speaker’s gavel if Republicans win control of the House in the fall, hopes to replicate the strategy former Speaker Newt Gingrich used to spark voter enthusiasm and sweep House control in a 1994 landslide.

The House GOP’s “Commitment to America” gives a nod to that earlier era but updates it for Trump, with economic, border security and social policies to rouse the former president’s deep well of supporters in often-forgotten regions like this rusty landscape outside Pittsburgh.

“We have a plan for a new direction for America,” McCarthy told The Associated Press.

On Friday, the House Republican leader will stand with other lawmakers to roll out the GOP agenda, offering a portrait of party unity despite the uneasy coalition that makes up the House minority — and the Republican Party itself. The GOP has shifted from its focus on small government, low taxes and individual freedoms to a more populist, nationalist and, at times, far-right party, essentially still led by Donald Trump, who remains popular despite the deepening state and federal investigations against him.

Propelled by Trump’s “Make America Great Again” voters, the Republicans need to pick up just a few seats to win back control of the narrowly-split House, and replace Speaker Nancy Pelosi. But even so, McCarthy’s ability to lead the House is far from guaranteed. 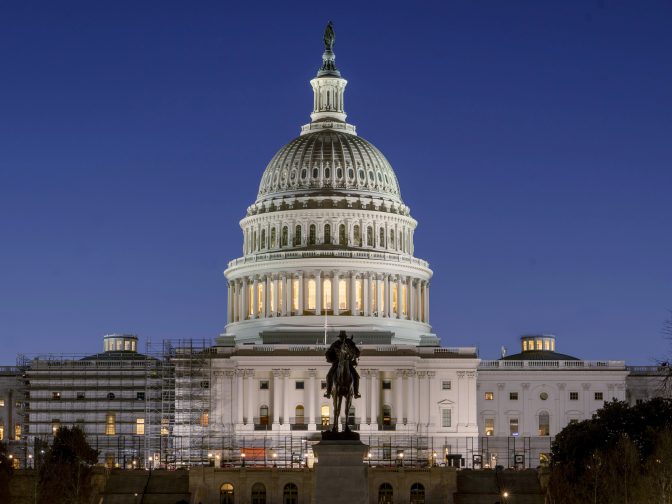 While Republicans and Trump did pass tax cuts into law, the GOP’s last big campaign promise, repealing and replacing the Affordable Care Act, also known as Obamacare, collapsed in failure. A long line of Republican speakers, including Gingrich, John Boehner and Paul Ryan, have been forced from office or chose early retirement, often ground down by party infighting.

“House Republicans are really good at running people out of town,” said Matt Schlapp, chairman of the Conservative Political Action Coalition, or CPAC.

McCarthy, first elected to office in 2006, is among the remaining political survivors of those House Republican battles, and he’s a new style of leader who has shown more ability to communicate than to legislate.

A key architect of the Republican “tea party” takeover in 2010, the California Republican personally recruited the newcomers to Congress — many who had never served in public office and are long gone. McCarthy was an early Trump endorser, and has remained close to the former president, relying on his high-profile endorsements to propel GOP candidates for Congress. He abandoned an earlier bid to become speaker when support from his colleagues drifted.

The “Commitment to America” reflects the strength of McCarthy’s abilities, but also his weaknesses. He spent more than a year pulling together the House GOP’s often warring factions — from the far-right MAGA to what’s left of the more centrist ranks — to produce a mostly agreed upon agenda.

But the one-page “commitment” preamble is succinct, essentially a pocket card, though it is expected to be filled in with the kind of detail that is needed to make laws.

“They talk about a lot of problems,” said House Majority Leader Steny Hoyer, D-Md. “They don’t have a lot of solutions.”

In traveling to battleground Pennsylvania, a state where Biden holds emotional ties from his early childhood, McCarthy intends to counter the president’s fiery Labor Day weekend speech, in which he warned of rising GOP extremism after the Jan 6, 2021, attack on the Capitol, with a more upbeat message.

The event is billed as more of a conversation with the GOP leader and lawmakers rather than stirring address in a uniquely contested state. 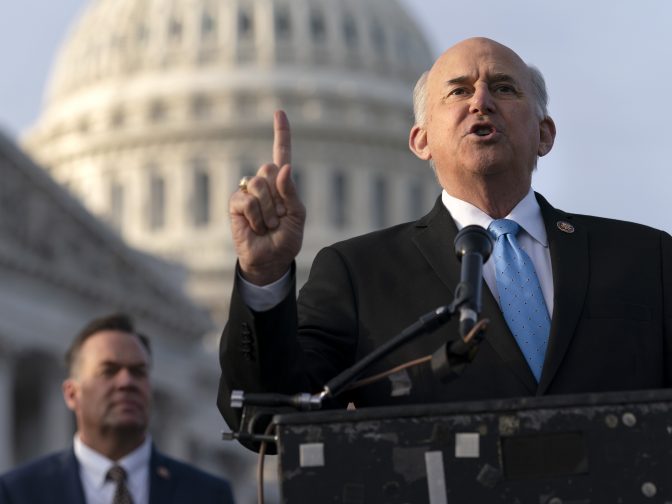 Along with many as five House seats Republicans believe they can pick up in Pennsylvania in November, the state has one of the most watched Senate races, between Democrat John Fetterman and Trump-backed Mehmet Oz, that will help determine control of Congress. Top of the ticket is the seismic governor’s matchup between the GOP’s Doug Mastriano, who was seen outside the Capitol on Jan. 6, and Democrat Josh Shapiro.

“If you are a hardline, populist, and you really want anger, Kevin’s a little frustrating because he’s not going to be angry enough for you,” Gingrich said. “On the other hand, if what you want is to have your values implemented and passed in the legislation, he is a really good leader and organizer.”

Gingrich has been working with McCarthy and his team to craft the style and substance of the proposal. The former speaker, who has been asked by the Jan. 6 committee investigating the Capitol attack for an interview, was on hand Thursday in Washington, joining McCarthy as he unveiled the plans privately to House Republicans, who have been mixed on the approach.

Conservative Republicans complain privately that McCarthy isn’t leaning hard enough into their priorities, as he tries to appeal to a broader swath of voters and hold the party together.

Many are eager to launch investigations into the Biden administration and the president’s family, with some calling for impeachment. Legislatively, some House Republicans want to fulfill the party’s commitment to banning abortion, supporting Sen. Lindsey Graham’s bill prohibiting the procedure after 15 weeks of pregnancy.

In a sign of the pressures ahead for McCarthy, dozens of House GOP lawmakers signed on to plans from Trump-aligned Rep. Marjorie Taylor Greene to prevent many gender reassignment procedures for minors, celebrating the Georgian as courageous for taking such a hardline approach.

She and others were invited to join Friday’s event, as McCarthy seeks their backing.

Republican Rep. Chip Roy of Texas, a member of the conservative Freedom Caucus, has advocated for withholding federal funds as leverage for policy priorities, the tactic that engineered past government shutdowns.

“Putting out like, you know, principles about, ‘Well, we’ll secure the border.’ I mean, okay, but what are we gonna do about it?” Roy said. “The end of the day, I want specific actionable items that’s going to show that we’re going to fight for the American people.”

It’s notable that McCarthy alone has proposed a plan if Republicans win control of the House chamber. In the Senate, Republican leader Mitch McConnell has declined to put forward an agenda, preferring to simply run against Biden and Democrats in the midterm election.

“Kevin’s done a very good job of being in position to become the speaker. And then the question is, what do you do with that? Schlapp said. “This helps as a road map.”

These Pa. voters haven’t missed a single November election for at least 50 years