An appeals court rules the Justice Dept. can use Mar-a-Lago records in criminal probe

The ruling from a three-judge panel of the U.S. Court of Appeals for the 11th Circuit amounts to an overwhelming victory for the Justice Department. 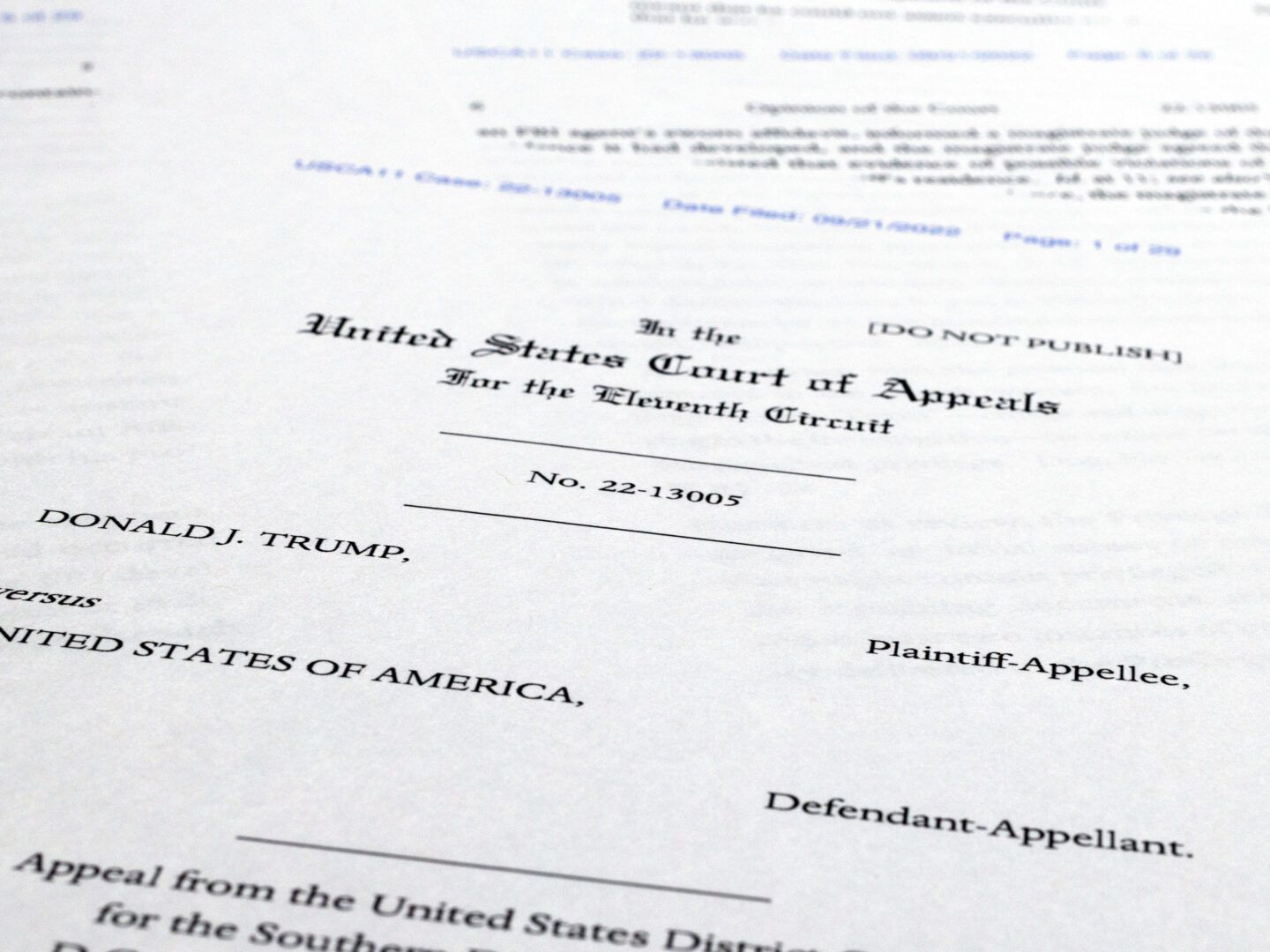 In a stark repudiation of Donald Trump’s legal arguments, a federal appeals court on Wednesday permitted the Justice Department to resume its use of classified records seized from the former president’s Florida estate as part of its ongoing criminal investigation.

The ruling from a three-judge panel of the U.S. Court of Appeals for the 11th Circuit amounts to an overwhelming victory for the Justice Department, clearing the way for investigators to continue scrutinizing the documents as they consider whether to bring criminal charges over the storage of of top-secret records at Mar-a-Lago after Trump left the White House. In lifting a hold on a core aspect of the department’s probe, the court removed an obstacle that could have delayed the investigation by weeks.

The appeals court also pointedly noted that Trump had presented no evidence that he had declassified the sensitive records, as he maintained as recently as Wednesday, and rejected the possibility that Trump could have an “individual interest in or need for” the roughly 100 documents with classification markings that were seized by the FBI in its Aug. 8 search of the Palm Beach property.

The government had argued that its investigation had been impeded, and national security concerns swept aside, by an order from U.S. District Judge Aileen Cannon that temporarily barred investigators from continuing to use the documents in its inquiry. Cannon, a Trump appointee, had said the hold would remain in place pending a separate review by an independent arbiter she had appointed at the Trump team’s request to review the records. 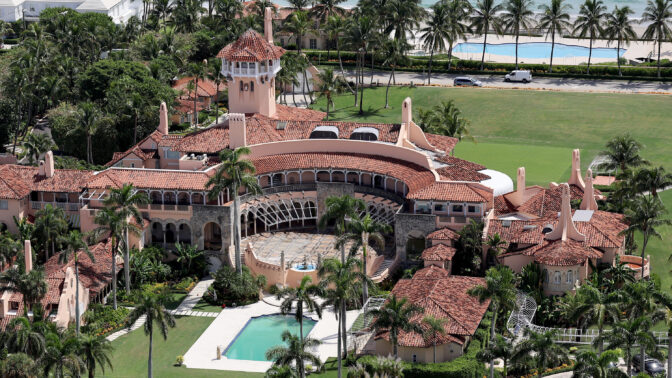 The appeals panel agreed with the Justice Department’s concerns.

“It is self-evident that the public has a strong interest in ensuring that the storage of the classified records did not result in ‘exceptionally grave damage to the national security,'” they wrote. “Ascertaining that,” they added, “necessarily involves reviewing the documents, determining who had access to them and when, and deciding which (if any) sources or methods are compromised.”

An injunction that delayed or prevented the criminal investigation “from using classified materials risks imposing real and significant harm on the United States and the public,” they wrote.

Two of the three judges who issued Wednesday’s ruling — Britt Grant and Andrew Brasher — were nominated to the 11th Circuit by Trump. Judge Robin Rosenbaum was nominated by former President Barack Obama.

Lawyers for Trump did not return an email seeking comment on whether they would appeal the ruling. The Justice Department did not have an immediate comment.

The FBI last month seized roughly 11,000 documents, including about 100 with classification markings, during a court-authorized search of the Palm Beach club. It has launched a criminal investigation into whether the records were mishandled or compromised, though is not clear whether Trump or anyone else will be charged.

Cannon ruled on Sept. 5 that she would name an independent arbiter, or special master, to do an independent review of those records and segregate any that may be covered by claims of attorney-client privilege or executive privilege and to determine whether any of the materials should be returned to Trump.

Raymond Dearie, the former chief judge of the federal court based in Brooklyn, has been named to the role and held his first meeting on Tuesday with lawyers for both sides.

The Justice Department had argued that a special master review of the classified documents was not necessary. It said Trump had no plausible basis to invoke executive privilege over the documents, nor could the records be covered by attorney-client privilege because they do not involve communications between Trump and his lawyers. 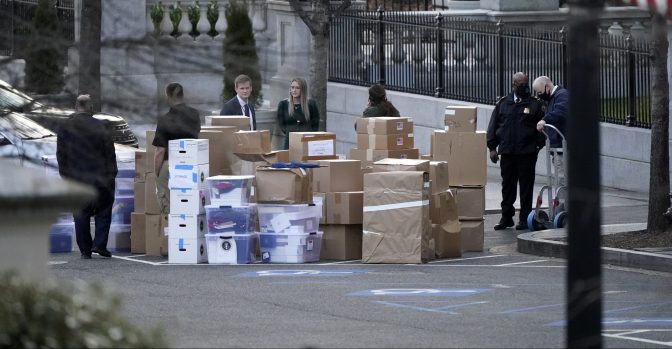 In this Jan. 14, 2021, file photo people wait for a moving van after boxes were moved out of the Eisenhower Executive Office building inside the White House complex in Washington.

It had also contested Cannon’s order requiring it to provide Dearie and Trump’s lawyers with access to the classified material. The court sided with the Justice Department on Wednesday, saying “courts should order review of such materials in only the most extraordinary circumstances. The record does not allow for the conclusion that this is such a circumstance.”

Trump has repeatedly maintained that he had declassified the material. In a Fox News Channel interview recorded Wednesday before the appeals court ruling, he said, “If you’re the president of the United States, you can declassify just by saying ‘It’s declassified.'”

Though his lawyers have said a president has absolute authority to declassify information, they have notably stopped short of asserting that the records were declassified. The Trump team this week resisted providing Dearie with any information to support the idea that the records might have been declassified, saying the issue could be part of their defense in the event of an indictment.

The Justice Department has said there is no indication that Trump took any steps to declassify the documents and even included a photo in one court filing of some of the seized documents with colored cover sheets indicating their classified status. The appeals court, too, made the same point.

“Plaintiff suggests that he may have declassified these documents when he was President. But the record contains no evidence that any of these records were declassified,” the judges wrote. “In any event, at least for these purposes, the declassification argument is a red herring because declassifying an official document would not change its content or render it personal.”