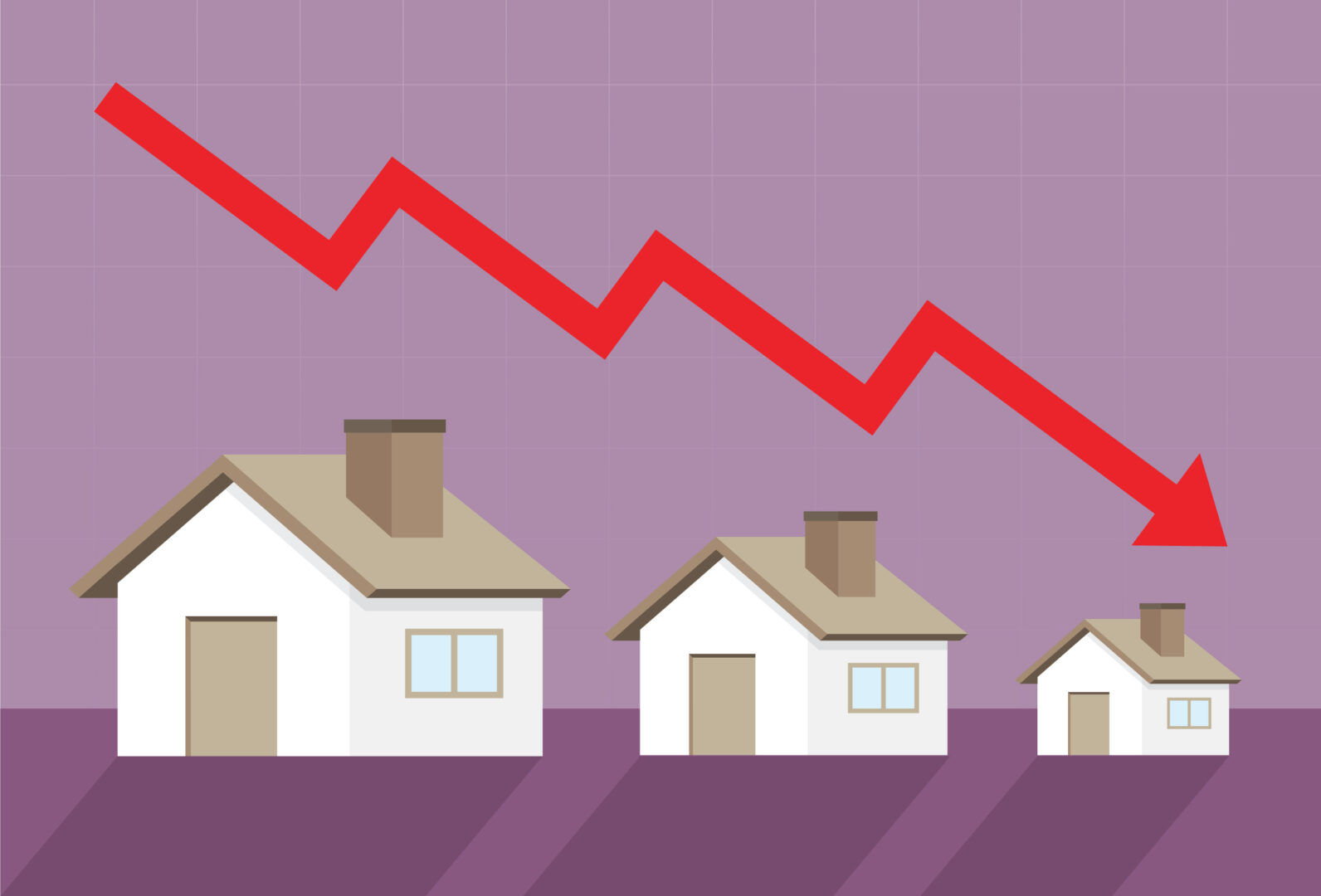 Higher mortgage rates are throwing a bucket of ice-water on the super-heated housing market. Home prices in August were down about 6% from their peak in June, the biggest 2-month drop in prices in nearly a decade. The pace of home sales slowed for the 7th straight month.

The Federal Reserve has been raising interest rates to fight inflation. Mortgage rates anticipate future moves by the fed and bond markets more broadly, so they rose very sharply earlier this year — from around 3% to up above 6%.

“That magnitude of the mortgage rate increase is one of the largest, quickest increases in such a short span of time,” says Yun. He says the number of home sales each month is now down about 20 percent from a year ago.

Don’t call it a housing crash

That’s not to say we’re in a housing crash. Just about all economists agree this is different than in 2008, when the bottom fell out of the housing market.

Right now, the nation is in the midst of a severe housing shortage. For a decade following the 2008 crash, builders didn’t build enough homes. Today homes are still getting snapped up by buyers and put under-agreement in near-record time — just 16 days on average.

Home prices nationally are still up about 8% from a year ago according to the realtor’s group. Low supply and strong demand should continue to buoy up prices.

Also, Congress changed the rules for mortgages after the housing bubble when subprime lenders put millions of Americans into loans they couldn’t afford. Today homebuyers have to demonstrate that they can afford their loans.

Home prices likely will continue to drop. That’s because super-low interest rates combined with super-heated demand during the pandemic pushed prices up so dramatically so quickly — up about 30-40% in just the past 2 years.

Mark Zandy with Moody’s Analytics predicts home prices across the nation will fall about 10 percent from their peak. Areas that experienced the most dramatic price increases could see even bigger drops, he says.

“The previously most juiced-up markets, like a Phoenix or Orlando, will see peak-to-trough declines of closer to 20%,” Zandi estimates.

That’s if the country doesn’t fall into a recession. Economists say it’s quite possible that in its fight against inflation, the Federal Reserve could slow the economy so much that it does tip the country into recession.

“If the economy suffers a recession,” Zandi says, “national house prices will decline as much as 15% peak-to-trough, and close to 30% in the hardest hit markets.”