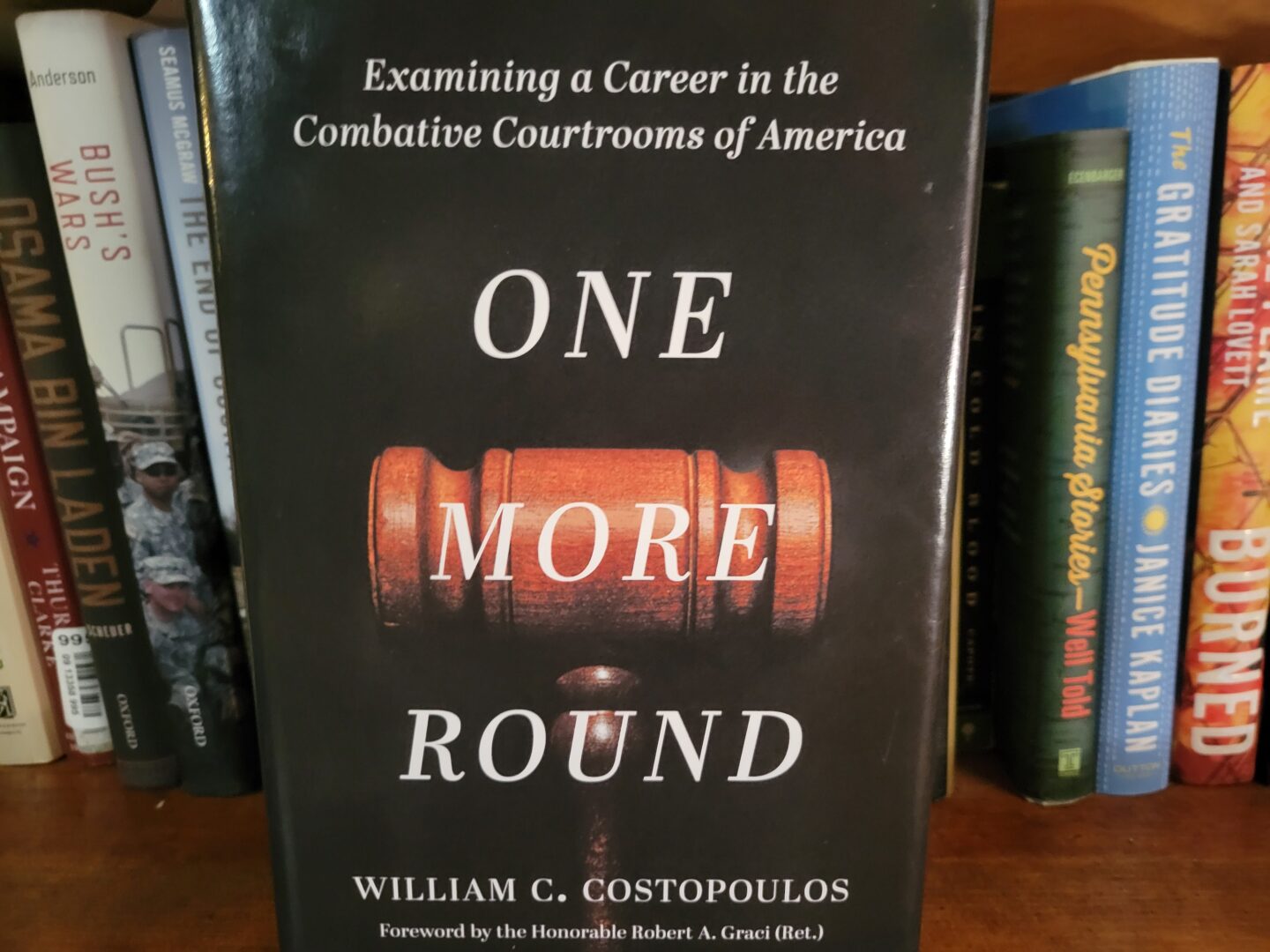 William Costopoulos has been one of Central Pennsylvania’s most successful, effective and well known criminal defense attorneys for the past 50 years. Sometimes described as flamboyant, Costopoulos has been involved in some of the state’s most high profile cases, representing accused murderer Jay Smith, Pennsylvania Supreme Court Justice Rolf Larsen and former York Mayor Charlie Robertson, who was tried for murder.

Costopoulos has written a new book chronicling his career. It’s called One More Round – Examining a Career in the Combative Courtrooms of America. 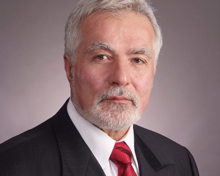 On Tuesday’s Smart Talk, Costopoulos discussed a few of his most famous cases, including that of Jay Smith. Smith was the former principal at Upper Merion High School in Montgomery County. One the teachers at the school — Susan Reinert — was found dead in the trunk of her car in a Dauphin County hotel parking lot. Reinert’s two children were also missing and have never been found.

Another teacher, William Bradfield, had an affair with Reinert and had taken out a lucrative life insurance policy on her. Bradfield was charged and convicted of planning Reinert’s murder but prosecutors believed he had conspired with Smith to actually kill Reinert. Smith was charged, convicted and sentenced to death. Costopoulos represented Smith and obtained evidence that had been withheld from the defense by investigators. Consequently, the Pennsylvania Supreme Court released Smith due to misconduct by prosecutors and ordered that he not be tried again.

Costopoulos admitted he is one of the few people who believe Smith was innocent,”I mean, the vast majority of the public that knows this case still believes he killed that woman and caused those two children to disappear. And I understand it. But that crime was so demonic, it was so evil. And I just didn’t see that in him. It took a mind on another level, and I just didn’t see it in him. But the turning point for me was it was probably one of the most investigated crimes ever, certainly by the authorities here in the Commonwealth. And they came up with nothing except what Bradfield was telling his friends, that [Smith] did it. And I don’t think Jay Smith was smart enough to avoid the wisdom of the Commonwealth and all the resources to beat it.”

Costopoulos also represented American Indian Movement leader Russell Means, who was accused of murder in South Dakota. A man named Jimmy Little Turtle walked into Costopoulos’ office in Cumberland County and said we want you to represent Means and a Native American man, Running Bear, after they are bailed out of jail by actor Marlon Brando.

Costopoulos did represent Means and Bear in Rapid City, South Dakota and they were acquitted, because there were no witnesses or evidence against them, according to Costopoulos. But in the meantime, those around Means tried to intimidate and threatened him. Costopoulos said they made it very clear they hated white men, who they blamed for the problems Native Americans faced.

Costopoulos was asked on Smart Talk what he says to those who question how he could represent people who have committed crimes and may be hardened criminals,”The American criminal justice system is the best system in the world. I believe that. There would be no such system if it were not for criminal defense attorneys willing to represent those accused of a crime. And it cannot be conditioned on a criminal defense attorney knowing or believing they’re innocent. And that’s why I take some comfort in knowing what I do.”

How can one become more organized at home?