Nicky Sundt, of Washington, holds a sign with an image depicting Medusa that says, "Remember in November, Vote!," outside of the Supreme Court, June 29, 2022, in Washington.

Democrats have already invested more than an estimated $124 million this year in television advertising referencing abortion. 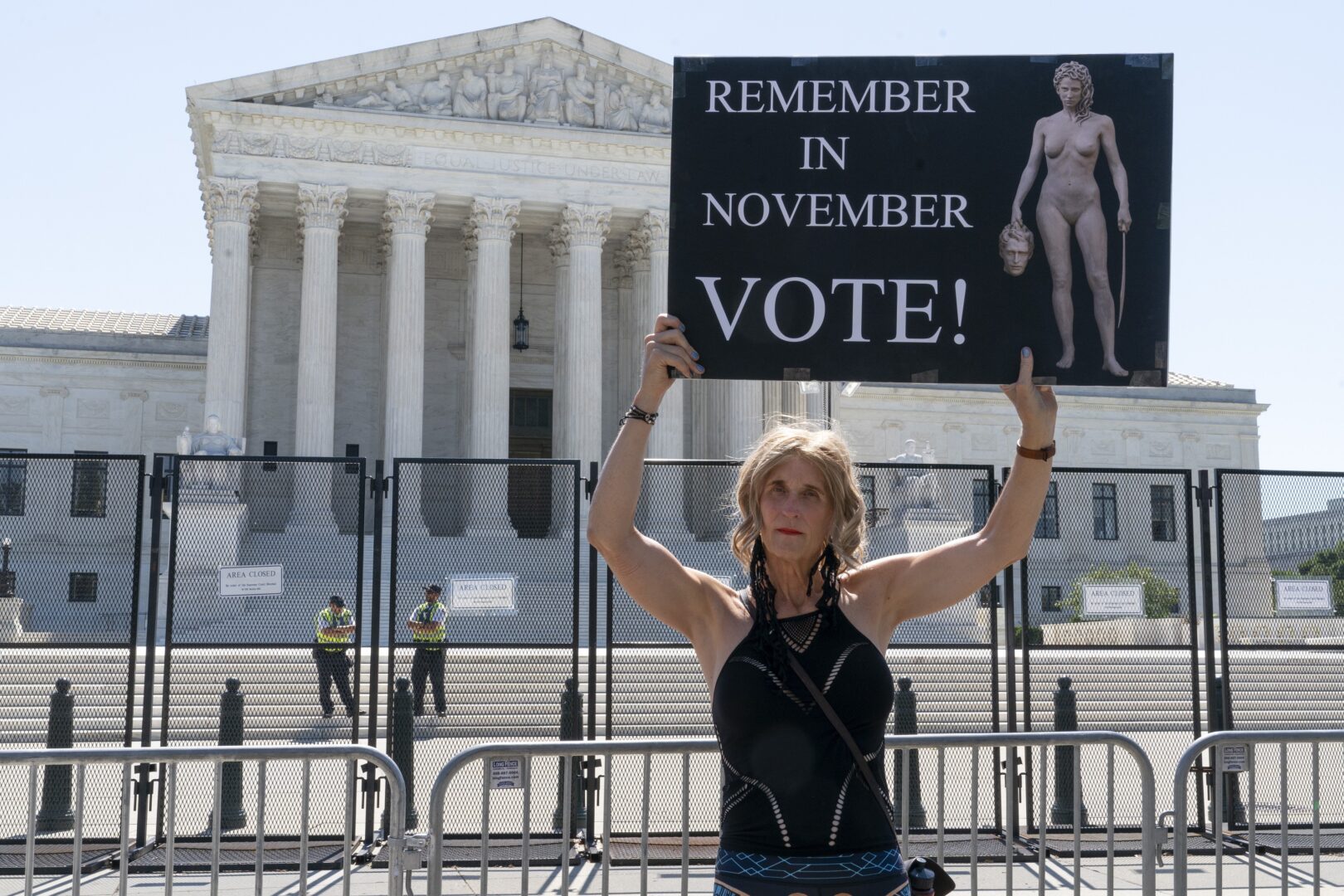 Nicky Sundt, of Washington, holds a sign with an image depicting Medusa that says, "Remember in November, Vote!," outside of the Supreme Court, June 29, 2022, in Washington.

Democrats are pumping an unprecedented amount of money into advertising related to abortion rights, underscoring how central the message is to the party in the final weeks before the November midterm elections.

With the most intense period of campaigning only just beginning, Democrats have already invested more than an estimated $124 million this year in television advertising referencing abortion. That’s more than twice as much money as the Democrats’ next top issue this year, “character,” and almost 20 times more than Democrats spent on abortion-related ads in the 2018 midterms.

The estimated spending figures, based on an Associated Press analysis of data provided by the nonpartisan research firm AdImpact, reveal the extent to which Democrats are betting their majorities in Congress and key governorships on one issue. That’s even as large majorities of Americans think the country is heading in the wrong direction and the economy is in poor condition.

The advertising numbers also reveal just how sharply Republicans have shied away from abortion in their paid advertising in the weeks since the Supreme Court overturned Roe v. Wade, a decades-long goal of the GOP. (The AdImpact data captures every single time a campaign ad is aired on TV, and estimates a cost associated with those airings.) 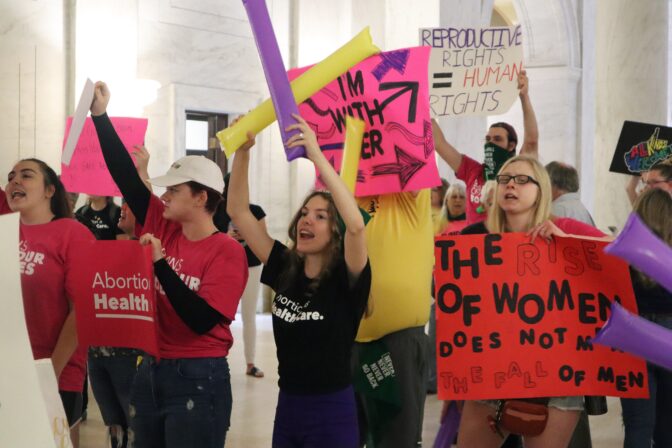 Protestors rally outside the Senate chamber at the West Virginia state Capitol in Charleston, W.Va., as lawmakers debated a sweeping bill to ban abortion in the state with few exceptions on Tuesday, Sept. 13, 2022. (AP Photo/Leah Willingham)

Since the high court’s decision in June to eliminate the constitutional right to abortion, roughly 1 in 3 television advertising dollars spent by Democrats and their allies have focused on abortion. Much of the spending is designed to attack Republicans on the ballot this fall who have long opposed abortion rights and are currently engaged in a state-by-state push to restrict abortion rights or outlaw the practice altogether.

The Democrats’ unprecedented investment in abortion messaging on TV this year through Sept. 18 is larger than the Republican Party’s combined national investment in ads relating to the economy, crime and immigration.

“With less than 60 days until the election, we refuse to stand by while out-of-step, anti-choice Republicans try to control our bodies and our futures and simultaneously lie about it to voters,” said Melissa Williams, executive director of Women Vote!, an outside group that has invested more than $4 million in abortion-related ads this year. “We are ensuring that each voter knows the candidates that stand with them and against them in protecting this right.”

The Democrats’ overwhelming focus on abortion may not be surprising given the reversal of Roe v. Wade and the wave of Republican-backed abortion bans in more than a dozen states that followed. But the strategy still marks a sharp departure from the party’s focus in recent years on former President Donald Trump and other issues like the economy, education and health care.

In the 2018 midterm elections, for example, Democrats spent less than $6 million on abortion-related television advertising. That’s compared to the $51 million that Democrats invested in Trump-related ads, $49 million on health care and $46 million on education, according to AdImpact.

Jessica Floyd, president of American Bridge, a Democrat-allied super PAC running abortion-related advertising in Arizona, Georgia, Nevada and Pennsylvania, described abortion as “the ultimate health care issue” for women and families. The Supreme Court decision and the subsequent Republican push to ban abortion in some states, she said, represent “an actual rolling back of rights, which is unprecedented.” 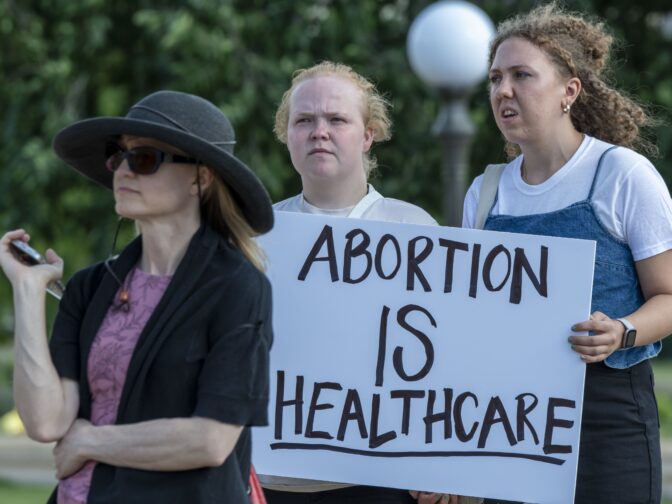 “It’s a very powerful motivator,” Floyd said. “It flies in the face of everything we know voters care about — especially the voters who will decide this election.”

Television advertising data reveals that Republicans, too, have invested millions of dollars in abortion messaging. But most of those ads ran during the primary phase of the campaign this spring and summer as Republican candidates touted their anti-abortion credentials. The number of Republican ads aired referencing abortion has gone down each month since May.

As the calendar has shifted to the fall general election, the gulf between Democratic and Republican spending on abortion ads has grown even wider. So far this month, for example, Democrats and their allies have aired more than 68,000 ads on TV referencing abortion — more than 15 times as many as their Republican counterparts. They’ve spent an estimated $31 million on such ads compared with the GOP’s outlay of only $2.8 million. That’s even as Republican leaders such as GOP Chair Ronna McDaniel acknowledged in a recent interview that her party cannot allow Democrats to control the narrative on abortion.

“It’s very clear that that’s the only thing that Democrats have to run on, right? They don’t run on a good economy. They can’t run on community being safer. They can’t run on education,” McDaniel said. “So what are they going to do? They’re going to make everything about abortion, which means we’re going to have to talk about it as Republicans do.”

Sen. Lindsey Graham, R-S.C., irked Republican leaders last week by proposing a national ban on abortions at 15 weeks of pregnancy. It was the kind of legislation Republicans on Capitol Hill have supported for several years. But this year, it was viewed as an unwelcome reminder to voters just eight weeks before Election Day that some Republicans in Congress hope to adopt national abortion restrictions if given the chance.

McDaniel encouraged Republicans instead to go on offense on abortion by highlighting Democrats’ resistance to any limitations, a position she argued is out of step with most voters. And while Republican leaders and candidates are increasingly making that argument when asked, the party has yet to devote many resources to the issue in the one place most voters hear from GOP candidates: their screens.

In some cases, Republican candidates are being hit with multiple abortion-related ads running simultaneously on their local television stations.

One of them is Wisconsin’s Republican candidate for governor, Tim Michels, who has been the focus of abortion-related attack ads from three groups so far this month, including his opponent, Democratic Gov. Tony Evers. Each of the three ad campaigns features Michels confirming that he opposes abortion rights even in cases of rape or incest.

“Is that the divisive radical you want as your governor?” the narrator asks in one ad produced by the Evers campaign.

Michels’ campaign did not respond to a request for comment.

It’s much the same in Nevada, where Sen. Catherine Cortez Masto is considered one of the most vulnerable Democratic incumbents in the nation. This month, at least two anti-Republican groups and the Cortez Masto campaign itself were running abortion-related ads against GOP challenger Adam Laxalt.

“For doctors like me, it is our job to make sure women have the support they need to make decisions that are right for them. But Adam Laxalt disagrees,” the doctor says on one ad.

In an op-ed last month, Laxalt tried to push back against the flood of abortion-related advertising against him. 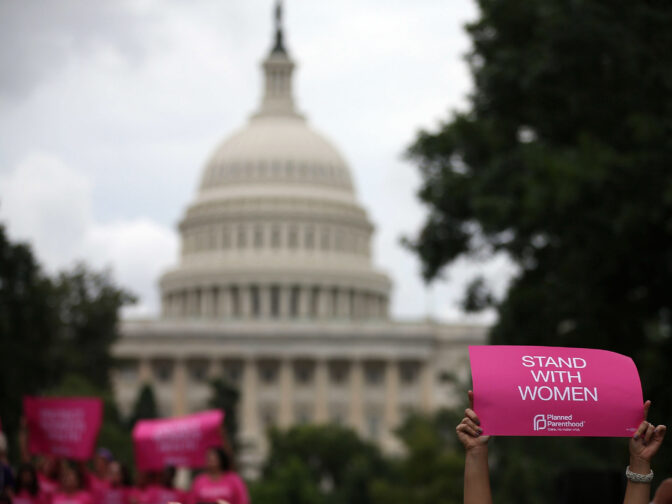 “Cortez Masto and her allies are spending millions of dollars in campaign ads trying to … make you believe in a falsehood that I would support a federal ban on abortion as a U.S. senator, or that I am somehow ‘anti-woman’ because I value, support and defend life at all stages,” he wrote. “For my entire adult life, I have held the view that the Supreme Court should return the issue of abortion to the people and let them decide the issue on a state-by-state basis.”

Abortion has been a big focus in Nevada’s Senate contest so far, but other elections have seen far more abortion-related advertising.

The AdImpact data shows that the most TV ads aired this year referencing abortion took place in the Pennsylvania and Arizona Senate races, followed by gubernatorial contests for Illinois, Georgia and Wisconsin. (The now-defeated Kansas constitutional amendment ballot measure, while a unique election, also saw some of the most ads.)

Georgia’s Democratic nominee for governor, Stacey Abrams, ran an ad campaign for much of August into September attacking Republican Gov. Brian Kemp, using the words of several women speaking directly to the camera.

“He supports a total ban, even if I’m raped, a victim of incest,” the women say. Another woman is almost crying when she says, “Under Kemp, I could be investigated and imprisoned for a miscarriage.”

Kemp spokesperson Tate Mitchell pushed back against the accuracy of the ads, charging that “Stacey Abrams and her campaign are lying in an effort to scare people and distract voters from her dangerous agenda for Georgia.”

Democrats in several swing states are aggressively leaning in to some leading Republicans’ opposition to abortion exceptions in cases of rape, incest or the life of the mother at risk.

Cliff Schecter, a veteran Democratic ad maker and founder of Blue Amp Strategies, said Democrats are “messaging much better around abortion” this year.

“It’s not just liberal women anymore, or even moderate women. It’s conservative women who are horrified by this,” Schecter said of the new abortion restrictions being implemented across the country. “It’d be malpractice not to focus on it.”

Thousands gather in Harrisburg for Pa. ‘March for Life