The order expands on an existing federal law that requires certain state agencies, including the departments of Health and Human Services, to provide clients the opportunity to register to vote. 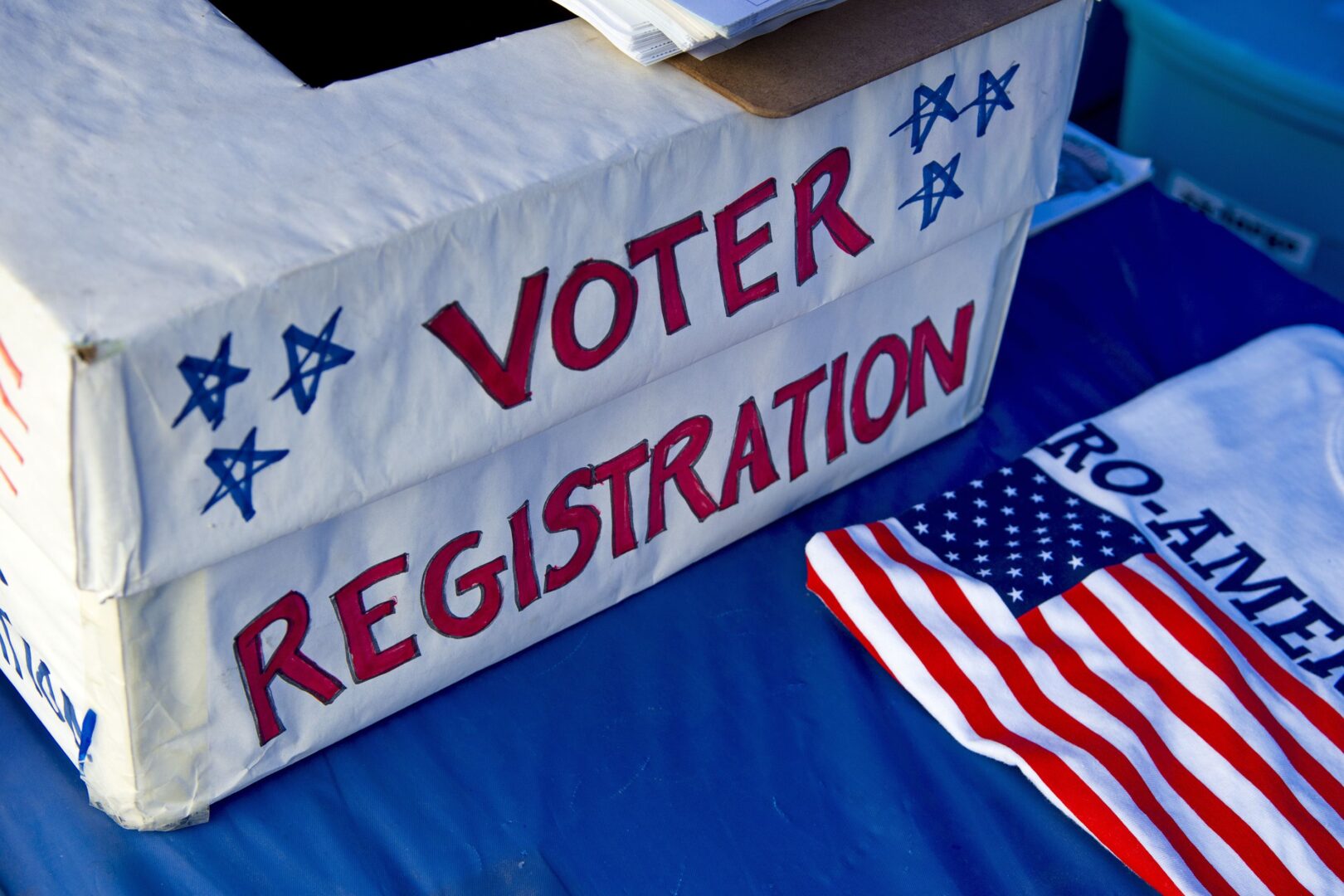 The order expands on an existing federal law that requires certain state agencies, including the departments of Health and Human Services, to provide clients the opportunity to register to vote.

With the Nov. 8 election less than two months away, county election offices across Pennsylvania are moving into crunch time for preparing for Election Day. But many are facing an added challenge this year.

Along with checking voting equipment, processing voter registration/mail-in and absentee ballot applications and proofreading ballots, many say they are dealing with an unusual number of Right-to-Know requests for voting and election-related records.

“I can’t believe how many we get,” said Sean Drasher, who has been Lebanon County’s elections officer for less than a year. “The feedback I’m getting from my colleagues is they’ve never seen anything like it.”

Counties in other battleground states across the U.S. have experienced a similar phenomenon. Lorian County, in northeastern Ohio, for example, has received requests seeking an estimated 1 million documents, most related to the 2016 and 2020 elections, putting a strain on its election day preparations.

In Pennsylvania, the picture is more mixed.

Montgomery County spokeswoman Kelly Cofrancisco said there’s been a “substantial increase in RTK requests” submitted to her county’s Voter Services Office. State elections officials say other counties too have reported adding staff or dedicating staff time to respond to an unusual number of such requests.

“This has required the dedication of resources beyond our normal operations,” Cofrancisco said.

Erie County Clerk Julie Slomski said her county has been inundated, making it a challenge for its five elections office staffers to get ready for the upcoming election while responding to the requests. 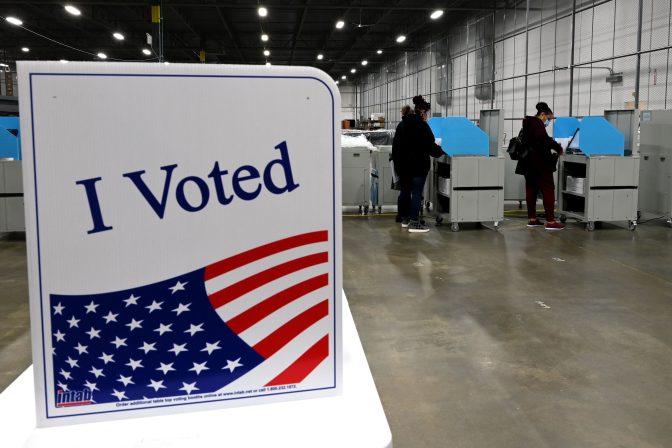 The strongest words on the situation, though, came from Bucks County Commissioners Chairman Bob Harvie, who is also chairman of the county’s Board of Elections. His county received 36 requests for voting records since Aug. 29.

“Unfortunately, we have witnessed the coordinated weaponization of the RTK process for the last two years by anti-maskers, anti-vaxers, and election deniers,” Harvie said in an email to PennLive. “It really does jam up our offices and overwhelm county staff who must process hundreds of requests and painstakingly review thousands of documents.”

Harvie said his county’s board of elections “works tirelessly and dutifully” to make sure elections are conducted fairly. “They do not deserve to be targeted and harassed,” he said.

Officials in Dauphin, Perry and York counties also report an uptick in requests for election records, particularly those relating to the 2020 presidential election, but they say it’s manageable and not affecting their election readiness.

Slomski said she can appreciate the public’s right to seek information about their government and how it operates but said the surge of requests coming in at this time appears to be an “attempted distraction.”

Many attribute the sudden interest in voting records to supporters of former President Donald Trump, according to The Washington Post. They speculate that those supporters are weaponizing laws aimed at promoting government transparency and accountability to make it more difficult for election officials to ensure a smooth election in November.

Jonathan Marks, deputy secretary for elections and commissions for the Pennsylvania Department of State, said county officials report that the high interest in elections isn’t only demonstrated through Right-to-Know requests.

“They’ve also seen an increase in participation in their regularly scheduled election board meetings as well,” he said. “And it’s not just in recent months in 2022. It started back in 2021.” 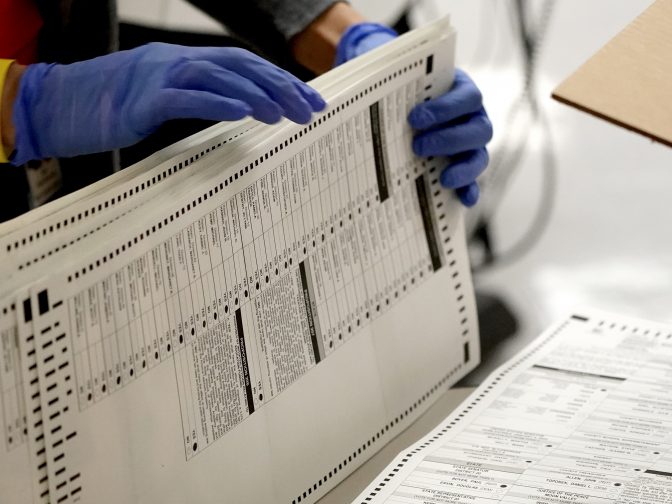 FILE – In this Nov. 4, 2020, file photo Maricopa County elections officials count ballots at the Maricopa County Recorder’s Office in Phoenix. Eight years after carving the heart out of a landmark voting rights law, the Supreme Court is looking at putting new limits on efforts to combat racial discrimination in voting. The justices are taking up a case about Arizona restrictions on ballot collection and another policy that penalizes voters who cast ballots in the wrong precinct. (AP Photo/Matt York, File)

As of Aug. 22, his department had received 135 Right-to-Know requests this year, four times the number it received at the same point in 2018 and just three shy of the number received last year.

While Marks wouldn’t say whether he believes the unusual number of requests is part of a coordinated effort, there are some who do.

County officials point to the similarity in the wording and consistency of the requests.

“A lot of them seem to be the same copy, paste request sent by many people,” Lebanon County’s Drasher said.

Some records requests are granted. Others, such as requests for “cast vote records,” are being denied.

CVRs, as they are referred to, list line by line individual vote choices and where votes were cast along with other information. The Pennsylvania Department of State considers those records to be contents of a ballot box, which like contents of voting systems, state election law bars from public inspection.

Harvie said the 36 records requests it received over the past three weeks were CVR-related. All of them have been denied. Four denials have been appealed to the state’s Office of Open Records, which upheld two and is considering the other two.

The Office of Open Records executive director Liz Wagenseller said as of Thursday, her office had issued decisions on 34 election-related appeals so far this year and have 32 more that it is still reviewing. That number is nearly half of the 36 determinations on elections-related record cases in total it issued last year and more than six times the number received in 2019 and 2020 combined.

Some counties say the surge in requests has happened in the past month. That coincides with prominent Trump ally and MyPillow founder Mike Lindell’s call to his followers at a mid-August “Moment of Truth” summit to gather CVRs — cast vote records — from every county in the U.S.

Lindell is among those who peddle allegations that the 2020 presidential election was stolen despite dozens of state and federal lawsuits and investigations that failed to validate that claim.

“These particular RTK requests stem from the election lies and conspiracy theories of the MyPillow guy, which have inspired a nationally coordinated effort,” Harvie said.

“The lies driving these RTK requests are the same lies which lead to the January 6, 2021, insurrection at the U.S. Capitol,” he said. “They are part of a series of efforts to sow dysfunction, dissent, and distrust in our institutions, supported by groups like Judicial Watch – who began their unfounded attacks (on) the integrity of our elections and voter rolls almost immediately after the county commissioners won their elections in 2019.” 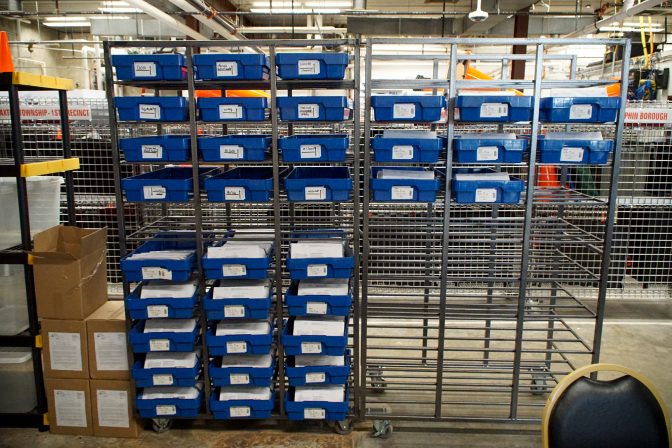 Ballots that have come to the Dauphin County election’s office and have to be sorted. The Dauphin County Commissioners hosted a preview on May 4, 2022 of how the elections office will handle ballots on primary day.

At the Moment of Truth gathering last month, media reports say Trump ally Jeff O’Donnell took credit for taking the lead on the records requests crusade through a website created to assist people in making those requests.

A request to interview O’Donnell about this effort drew an emailed response from an individual who identified themselves as Bill Schuler. In it, Schuler ranted against the media and its handling of the aftermath of the 2020 election.

“Go ahead and try to get your hit piece and we will expose you to millions [and growing] that are all too well aware of what really happened during the election of 2020. We aren’t going to forget,” Schuler wrote. “We are coming for the traitors and seeking justice. Nothing is going to stop it.”

O’Donnell’s website includes directions for making requests for CVRs and other election-related information. It also logs the CVR files that requesters in each state obtained and shared with the website.

As of Friday, it lists one file for Pennsylvania. That file contains information about votes cast in Allegheny County during the 2020 general election.

Meanwhile, another effort to obtain CVRs is being tested in Lycoming County Court. There, requester Heather Honey is challenging that county’s denial of an RTK she filed for them. In rejecting the request, the county took the position that those records are “the digital equivalent of the contents of ballot boxes.”

However, Honey argued they are an electronic tally sheet of all votes cast in the county, not the contents of a ballot box. The county’s denial of her request was upheld by the state’s Office of Open Records, and Honey has appealed to the county court.

The Department of State intervened in the case because the ruling has the potential to affect the release of CVRs throughout Pennsylvania, according to its court filing. For that reason, Marks was hesitant to speak about those records, referring only to what was contained in court records.

In the court papers, the department maintains the disclosure of information in CVRs – described as an analog version of the counters previously used on mechanical voting machines — have the potential to violate the constitutional guarantee of voting secrecy.

“To the extent CVR data is not randomized, that information considered together with an election district’s numbered list of voters can create insight into how a person voted because the CVR contains the line-by line information about individual voters,” it claims.

Holding on to records

Federal law mandates election records related to a federal election be kept for 22 months, but Pennsylvania has other record retention requirements as well, Marks said. For example, absentee and mail-in balloting materials must be kept for two years. Poll books must be retained for five years.

Some suspect those record retention policies are contributing to the number of election-related records requests counties are seeing.

County officials noted that several of the requests state that the county should hold on to its records because litigation is contemplated.

York County’s chief clerk Greg Monskie confirmed that language appears in records requests the county received over the past couple of months. He added the county commissioners recently voted “out of an abundance of caution to retain the records for the 2020 election for five years.”

York County Commissioner Julie Wheeler said that decision was based on a recommendation from the Pennsylvania Department of State. “The board of elections considered that and we felt we had the space and we’re going to keep them,” she said.

State department spokeswoman Grace Griffaton said the recommendation is the result of the large amount of litigation surrounding the November 2020 election.

“It is standard practice to retain in the event of litigation, no matter whether such litigation has any merit or not,” she said. “As has repeatedly been stated, Pennsylvania had a free, fair and accurate election in 2020 and no evidence of widespread fraud has ever been submitted to the courts. As a result, those claims have been dismissed by numerous federal and state courts.”

But the timing of all this activity couldn’t be worse for Drasher as he prepares for his first general election as Lebanon County’s election director. He said it is affecting his ability to get ready for it “big time.”

“There’s no doubt about that,” he said. “I think people view county-level government as a big entity but the truth is we only have a couple employees in the voter registration office.”

Still, he tries to keep a positive attitude.

He said he got into election administration “because I’m a nerd about this stuff. I got elected to a low-level polling job and then I moved up and after how many years, ended up being director of the whole county. I did it because I care too. So I keep telling myself with all these Right to Knows, these are people who care about it like I did.”