Fans are camping out ahead of the queen’s funeral, braving the crowds and the chaos 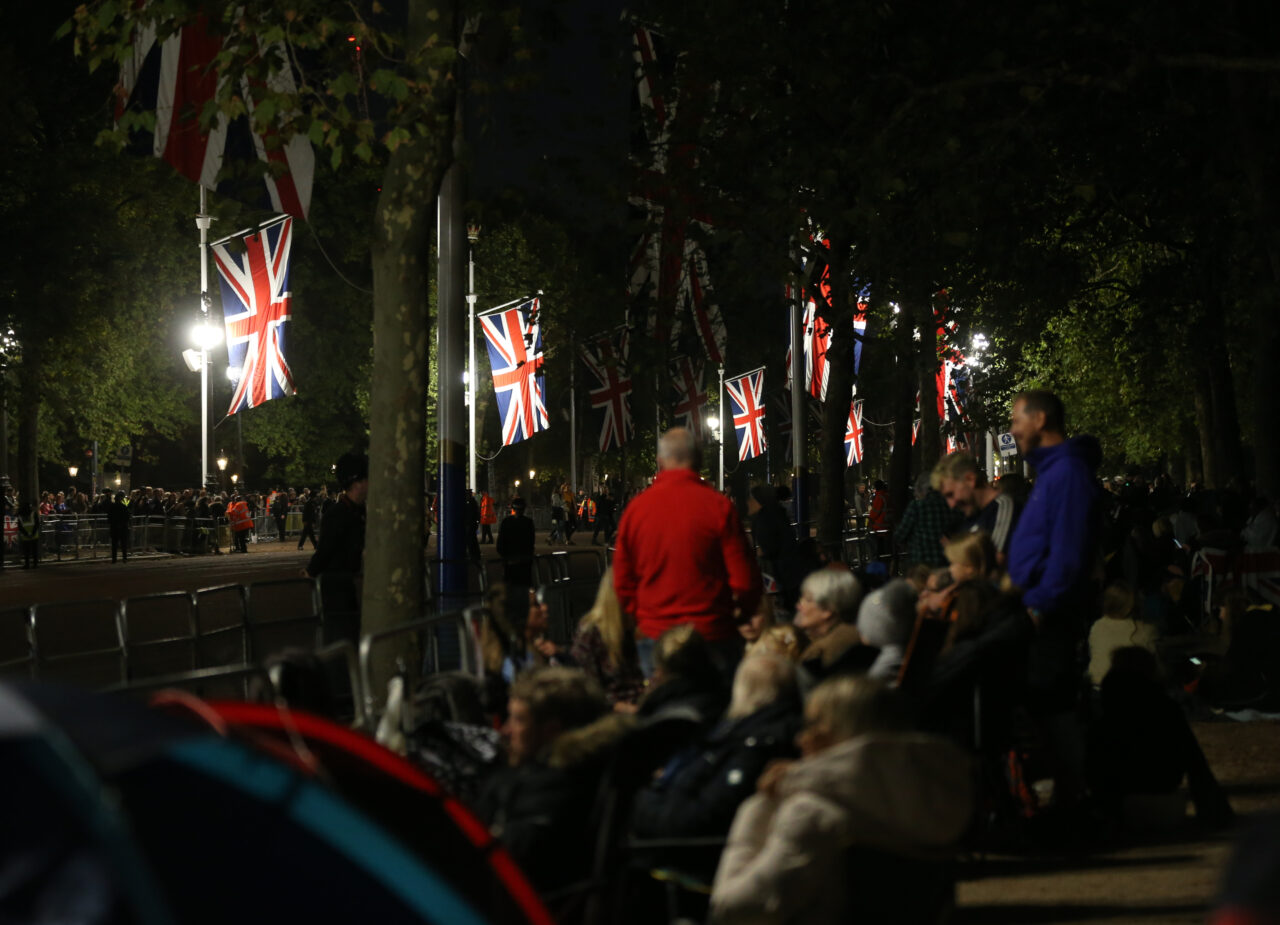 On the eve of Queen Elizabeth’s funeral, under the shadow of Big Ben, people packed into the area near Parliament to observe a nationwide moment of reflection.

After a minute of silence, followed by a hearty round of cheers and applause, much of the crowd quickly dispersed — except for those who would be spending the night right there on the sidewalk.

Dozens of groups had set up tents, sleeping bags, folding chairs and pizza box towers along the blocked-off street where the queen’s casket will travel on Monday. Camping out before a royal event is a beloved tradition for some and a bucket-list item for others, but special for all.

Michelle Larsen, 42, traveled from Oregon with her daughter and her mom, with whom she’s spent many late nights watching royal events on the TV. They booked their flights to London the very day the queen died. 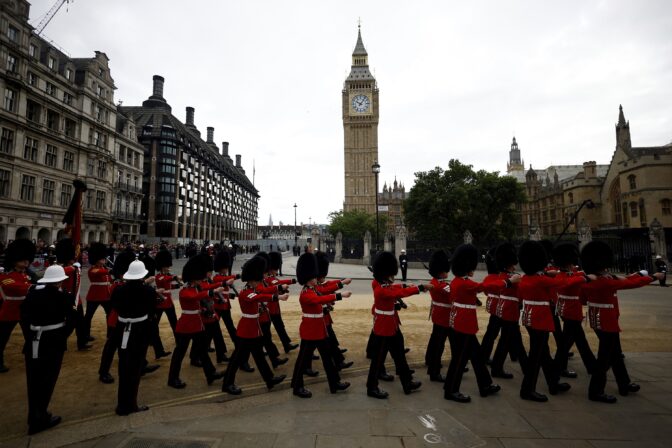 Royal guards march on the day of the state funeral and burial of Britain’s Queen Elizabeth, at Parliament Square in London, Monday Sept. 19, 2022.

They were particularly excited to experience such an event among the British people, and they said so far it hasn’t disappointed. They’ve been surprised and impressed at how many people keep showing up to pay tribute and how friendly and welcoming everyone has been. Larsen’s mother, Barbara Tuma, 67, has especially appreciated hearing from younger women who admire the queen and saw her as a grandmother-type figure (they both go by “Granny,” she added).

“I just always looked up to her … and now I look up to her even more,” Tuma said. “I have more respect for what King Charles is going to be.”

The trio booked a hotel room for the trip and packed sleeping bags in case they decided to go camping instead — which they did on Sunday night. And they had plenty of company.

Nearby, 24-year-old Bethany Harris was getting ready for her second night of camping, and she noticed there seemed to be more people this time. NPR asked: What was it like to sleep out there? She wouldn’t know.

“I had about an hour’s sleep at about half-five this morning,” Harris told NPR. “There’s just so much noise, there’s so much going on, you just can’t sleep. It’s like there’s some sort of, not exciting atmosphere, but there’s just an atmosphere of unity and stuff like that, it’s just really, really nice.”

Her neighbor Michelle Berrisford, 64, agreed. She came alone because her daughters couldn’t make it, and she spent much of the day bonding with Harris and her family.

This time is totally different, she said, with fewer campers and a more somber tone. She may not have known what to expect, but as a seasoned royal camper, she knew what to pack. 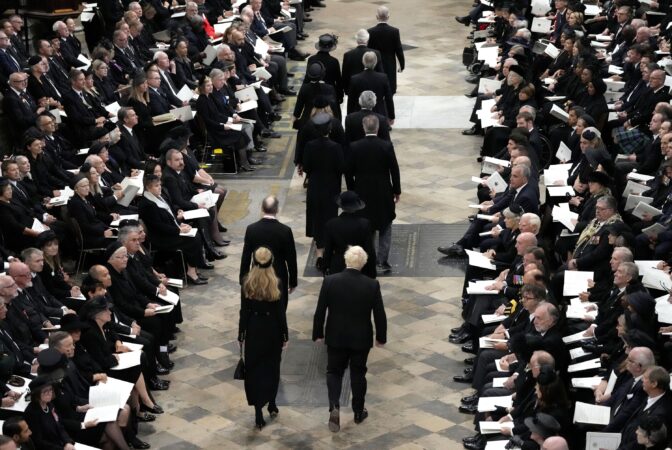 Farther along the sidewalk, a group of four women made a cozy setup of their own, complete with British bunting for decoration.

Hardish Purewal, Loo Blackburn and Rosie Johnson have been friends for more than 20 years — since their now-adult children were in school together — and Rosie’s daughter, Ella, joined them too.

They’ve braving the cold, armed with jackets and gin, because they want to pay their respects to the queen — who they consider one-of-a-kind and “the nation’s grandmother.”

They’re also excited to see the procession, not just for the world dignitaries, but also for the British leaders and agencies who are participating, too. Blackburn added:

“It’s a real sort of celebration of everything that’s British.”