In a Tweet, Krasner responded to Tuesday’s vote saying, “Change ain’t easy. But it’s worth it.” 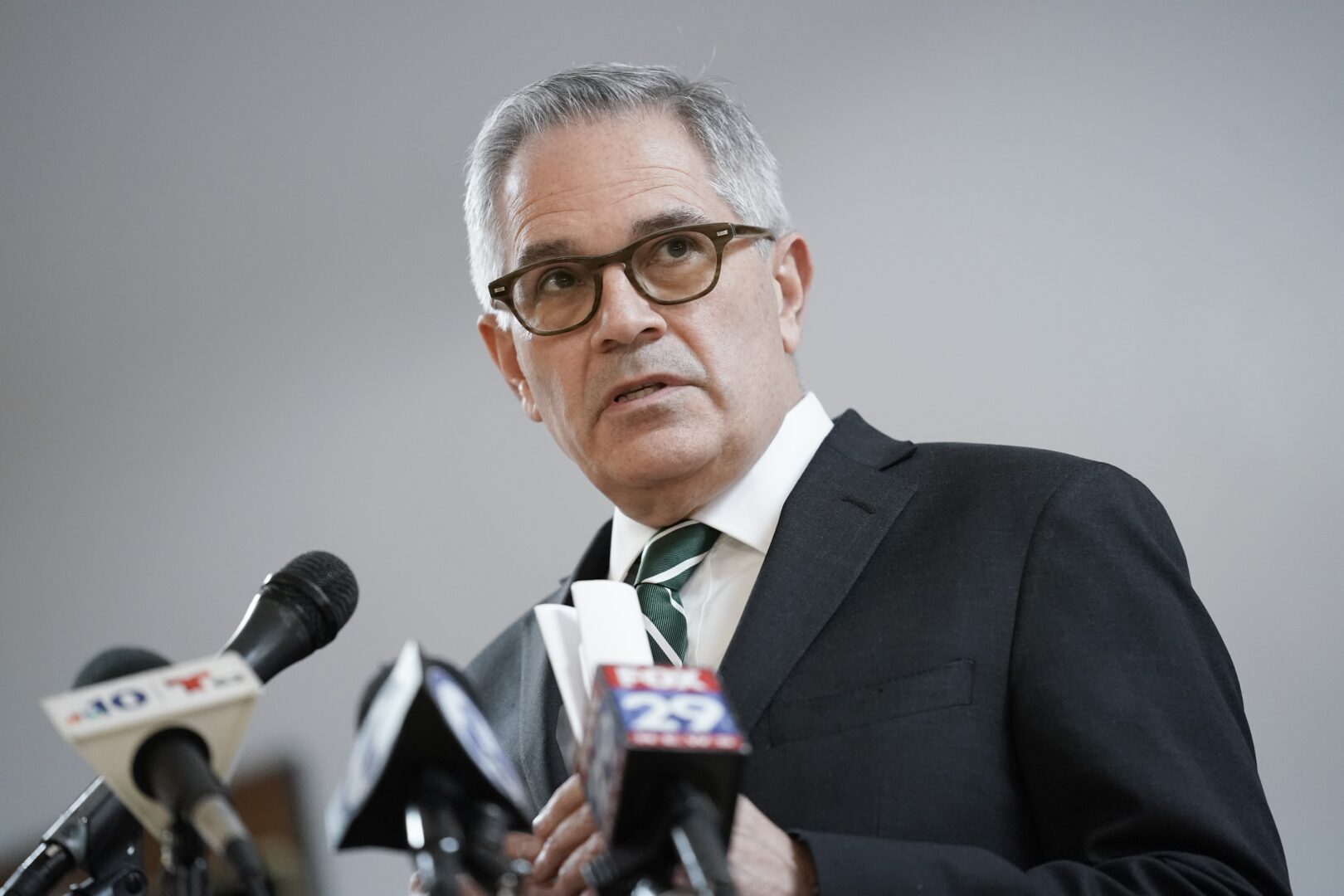 The Pennsylvania House of Representatives voted 162-38 Tuesday, with numerous Democrats siding with Republicans, to pass a resolution holding Philadelphia District Attorney Larry Krasner in contempt of state for refusing to comply with a subpoena.

The resolution says Krasner showed “willful refusal” on multiple occasions to comply with the subpoena requesting materials related to Philadelphia’s rising crime rates, including the documentation of enforcement and prosecution of violent crime and the number of offenses involving illegal firearms.

In a Tweet, Krasner responded to Tuesday’s vote saying, “Change ain’t easy. But it’s worth it.”

Ahead of the vote, The bill’s main sponsor, Rep. John Lawrence (R-13) , said the resolution centers on whether or not the subpoena is valid.

“He has not sent us a single document, and his basis for such action is he claims the subpoena is invalid, which is an error,” Lawrence said.

Also on the House floor, House Minority Leader Joanna McClinton (D-191) spoke out in opposition to the process and accused Republicans of fast tracking the resolution.

“The resolution that’s before us today was drafted today,” McClinton said. “It is based on an interim report that was just submitted today. It was pushed through the House Rules Committee today and after giving members less than one hour to consider it.”

For months, multiple Republican House Reps. have been working to impeach Krasner, which Democrats have described as “political theater.” In a memo, three GOP reps said “unchecked violent crime in Philadelphia has reached a breaking point and one obvious cause is the dereliction of duty by District Attorney Krasner in the willful refusal to enforce Pennsylvania’s criminal laws in the City of Philadelphia.”