Father Brown and The Wayward Girls 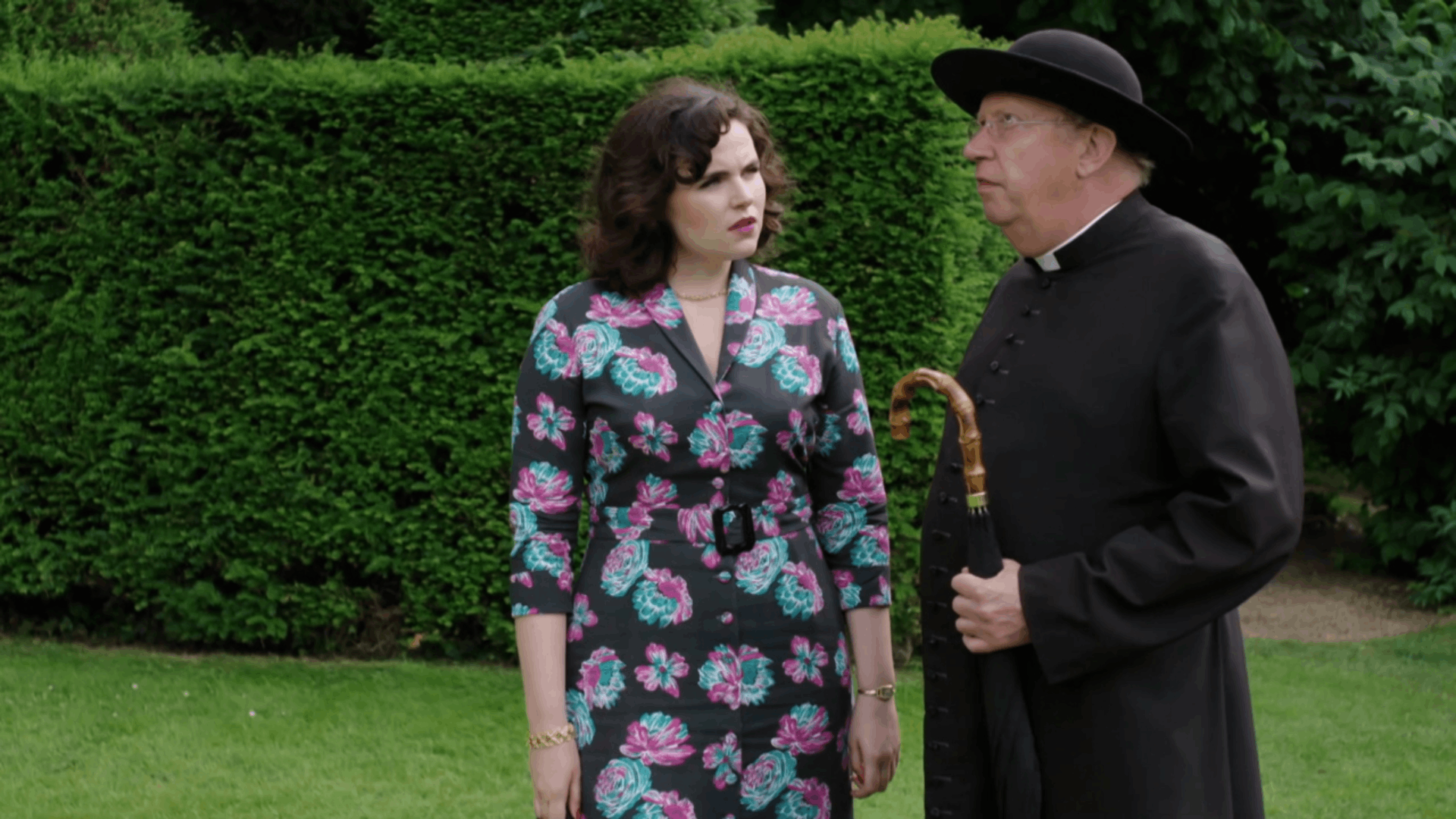 Based loosely on short stories by G.K. Chesterton, Father Brown follows the kindly cleric as he solves crimes in his community. Years of hearing his parishioners’ confessions have given him an uncanny knack for understanding evil and the workings of a criminal mind.

In The Wayward Girls, Bunty agrees to give a talk at Langley Hall, a Borstal for young women, as community service after receiving a speeding ticket. While there, Bunty’s compact is stolen and found in the possession of one of the girls, Brenda, who is placed in solitary confinement.

The following day, the governor of the Borstal is found murdered and Brenda goes on the run after hiding in Bunty’s car.

Father Brown and Bunty return to the Borstal to help Sergeant Goodfellow investigate the murder. They must unravel the lies and ill feelings between two girls – Kate (who has a secret ex-con boyfriend) and Brenda – and relieve tensions among the staff.

As the governor’s deputy, liberal-leaning Emily Harris, takes charge over long-serving Helen Delaney, who is as hardline as the murdered governor, Father Brown uncovers the exploitation of recently released girls including Brenda and the newly released Kate.

Watch the drama unfold on WITF TV Thursdays at 8pm. If you prefer to stream, you can live stream Father Brown through the free PBS Video app.