A celebration outside the Supreme Court, Friday, June 24, 2022, in Washington. The Supreme Court has ended constitutional protections for abortion that had been in place nearly 50 years — a decision by its conservative majority to overturn the court's landmark abortion cases.

Most of those registering are under age 25, Democratic consulting firm says 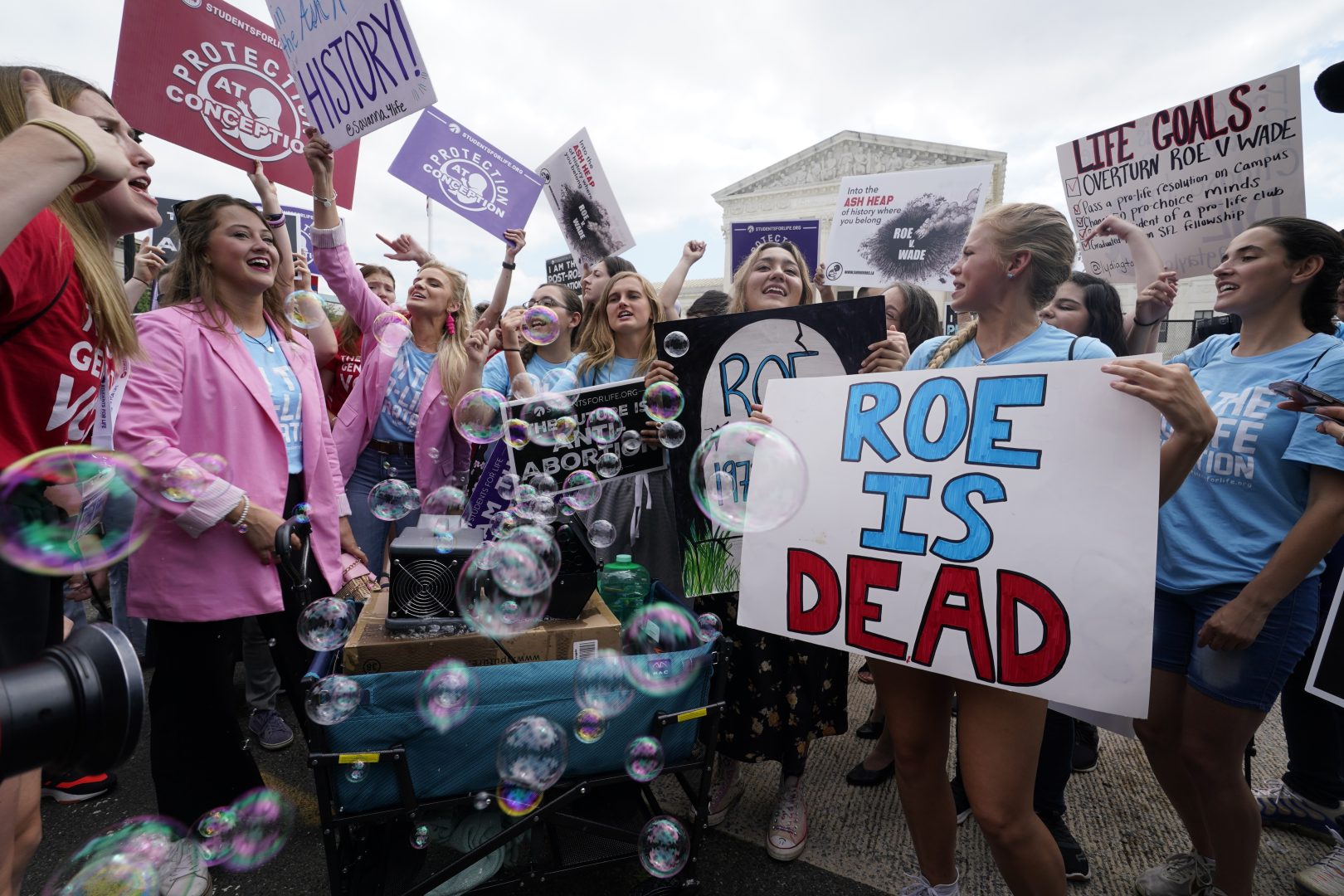 A celebration outside the Supreme Court, Friday, June 24, 2022, in Washington. The Supreme Court has ended constitutional protections for abortion that had been in place nearly 50 years — a decision by its conservative majority to overturn the court's landmark abortion cases.

A Democratic consulting firm found that Pennsylvania has one of the biggest gender gaps in new voter registrations.

TargetSmart began analyzing voter registration data in different states after the Kansas primary, in which voters rejected a constitutional amendment that said there is no right to abortion. The firm wanted to see how voter registrations had changed since June 24 – the day the U.S. Supreme Court overturned Roe v. Wade.

In Pennsylvania, they found that 56 percent of new registrations in the state were from women.

Of those, the largest was in the 9th district, which stretches from the New York state line to just south of Lebanon and is represented by Republican Dan Meuser.

Bonier says his firm plans to track whether the new registrants will actually show up to cast a vote on Election Day.

“Above and beyond voter registration, does that translate into intensity and higher turnout? In the general election generally, what we found from other states, and in past elections is when a group surge is in registration, it tends to surge in turnout, as well,” Bonier said.

Democratic groups that have been leading voter outreach efforts have noticed the trend on the ground.

Colleen Nguyen, southcentral Pennsylvania organizer with Democratic group Turn PA Blue, runs voter registration events, and she says she has been noticing some voters coming to these events to switch parties.

Nguyen says she and other canvassers have been knocking on a lot of Republican doors and talking to women who are registered Republicans, but are excited to vote for Democratic candidates because of the Dobbs decision.

“I think people have come to realize that it is an actual thing that could happen, that we could lose abortion rights in Pennsylvania, and the only thing we they can do is vote Democrat to save it, “ Nguyen said.

Turn PA Blue also runs a statewide Woman to Woman phone bank, and has been hearing from voters who have abortion on their minds. Jamie Perrapato, executive director for the group, says she noticed an uptick in volunteers after the decision in the Dobbs case that overturned Roe v. Wade.

Samuel Chen, a GOP strategist who founded The Liddell Group , says it is likely the Dobbs decision might have caused an uptick in voter registrations or party switches among women.

“From a purely political electioneering standpoint, this is not good news. And the reason for that is that Republicans have been turning the tide on Democrat registration advantages for the last several years,” Chen said.

More kids are repeating a grade. Is it good for them?