A lawsuit window for Pa. survivors of childhood sexual abuse could open as early as next May

State legislative leaders say they’ll take a procedural vote on the proposal early next year. 2023 primary voters would then get to weigh in. 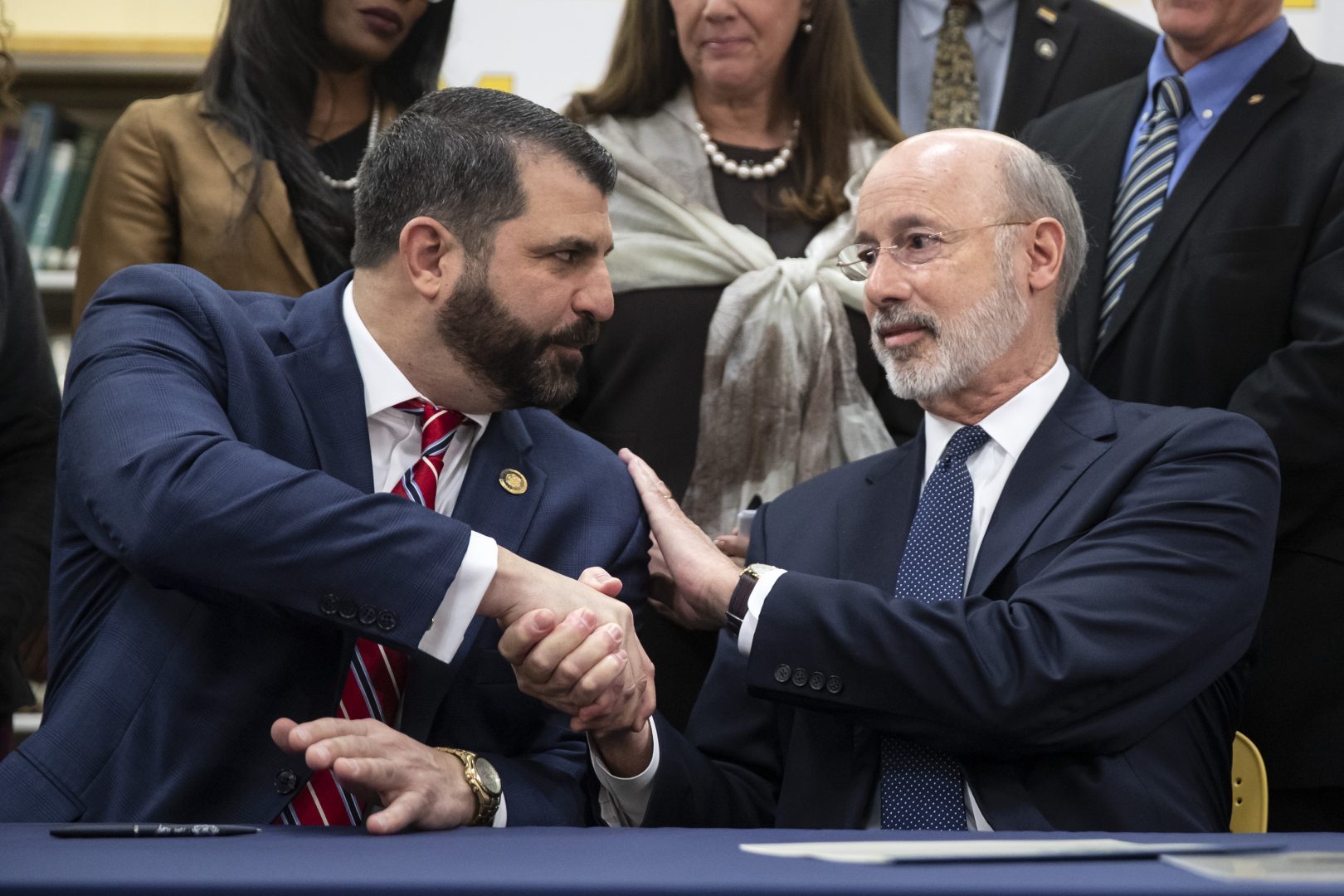 State legislative leaders are pledging to vote early next year on a constitutional amendment giving adults who say they survived sexual abuse as children two years to sue their alleged abusers and any institution that sheltered them.

A 2018 Grand Jury report showed the statute of limitations may have closed for hundreds of Pennsylvanians who were sexually abused by Roman Catholic priests as children decades ago. That report recommended lawmakers give all abuse survivors more time to sue.

Pennsylvania now lets anyone who says they were abused as a child come to court with a civil lawsuit before age 55, but some say they missed their opportunity when the time window was smaller.

The issue has been a fixture of debate in Harrisburg for years. Bills that would have opened the statute of limitations window fizzled out in previous sessions. Even a state constitutional change, which won approval from both chambers, was derailed when the Department of State bungled its role in the approval process.

Gov. Tom Wolf apologized for the error in a statement Wednesday. The outgoing Democrat threatened to call a special session over the lawsuit window issue in April. Wolf said he’s reversing course now that he’s secured agreements from the four legislative leaders to “prioritize second passage of a constitutional amendment early next session.”

“I am grateful for this agreement so that survivors can seek a path forward toward justice,” Wolf said.

In Pennsylvania, the state constitution can be changed only if lawmakers approve an amendment twice in two consecutive sessions. The idea then has to be advertised in local newspapers for a set amount of time before appearing on the ballot during an election. Voters have the final say.

Rep. Jim Gregory (R-Blair County), who is sponsoring the latest lawsuit window proposal, said lawmakers already approved the idea this year – but must now re-approve it before the end of January.

That would give the Department of State enough time to advertise the proposal in newspapers and craft ballot language before the May 2023 primary.

“The most important thing we need to do is get it on the ballot and get people in Pennsylvania to understand why it’s important to pass it,” Gregory said. “This has everything to do with the victims who are still waiting for their civil justice.”

Survivor advocacy groups have voiced frustration with lawmakers for failing to approve a two-year window sooner. Gregory has pinned the blame on former Secretary of State Kathy Boockvar for failing to catch the procedural error that led to the latest delay.

But the Blair County lawmaker acknowledged his own role in an interview Thursday.

“I have to say that I’m sorry because I did not stay on this as closely as I could have,” Gregory said. “[But] those are just words, and our actions are what we are most concerned about.”

Senate Majority Leader Kim Ward (R-Westmoreland), who has blocked votes on bills that would have opened the lawsuit window, says she supports a constitutional change.

“Without question, all victims of childhood sexual abuse should have the ability to face their abusers,” she said in a statement.

Ward added the Senate is “planning to take the next step” in the amendment process once the next legislative session starts in January.