A taxidermic specimen of a thylacine imaged using tintype photography. The last known 'Tasmanian tiger' died in 1936, but a group of scientists want to bring the animal back.

Why and how are scientists trying to de-extinct the Tasmanian Tiger? 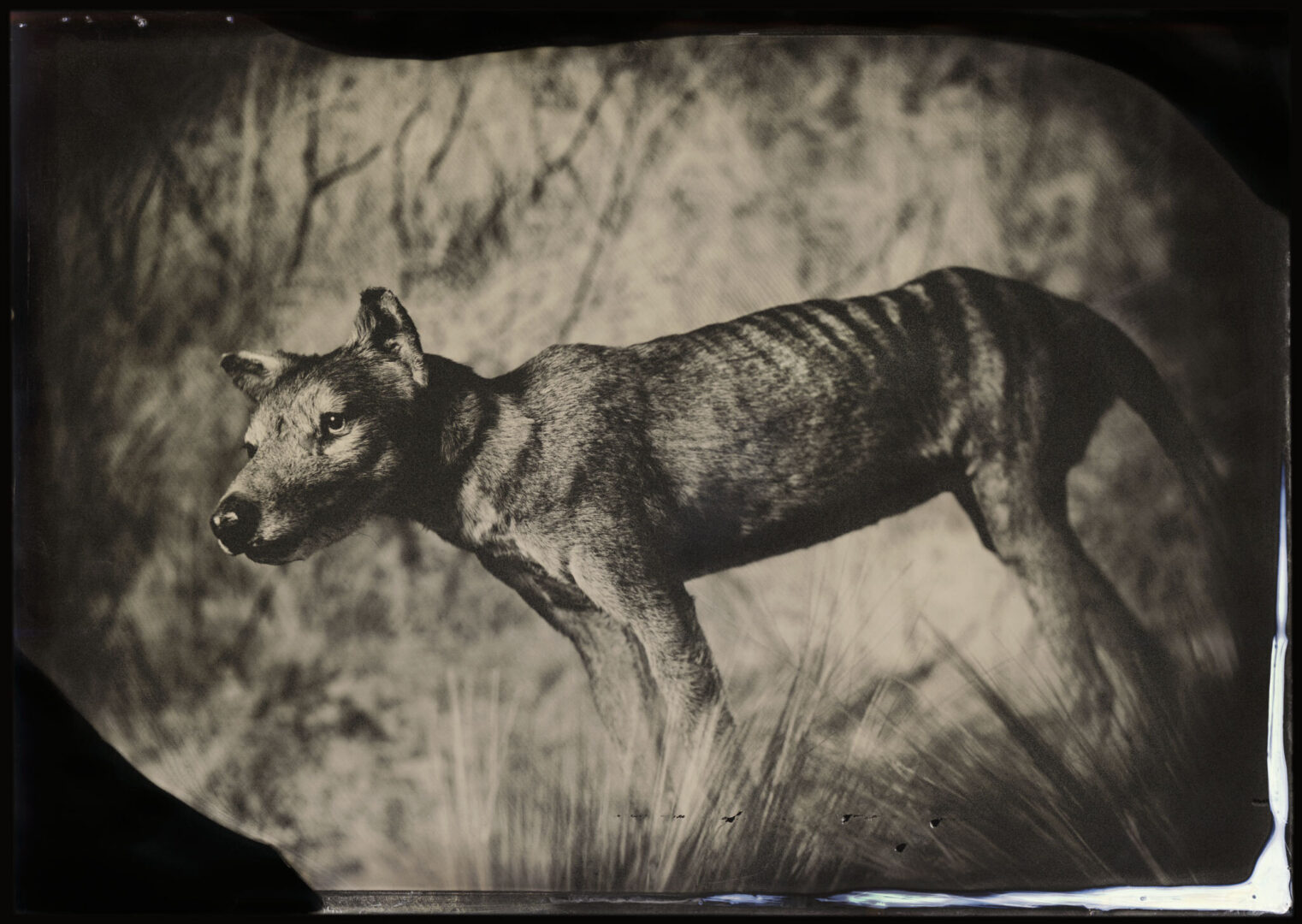 A taxidermic specimen of a thylacine imaged using tintype photography. The last known 'Tasmanian tiger' died in 1936, but a group of scientists want to bring the animal back.

Until recently when talk of a new scientific experiment began to trend, most didn’t know that there was once an animal called the Thylacine, which is commonly known as the Tasmanian Tiger.

This animal is known for having dark stripes across its back, like the tiger we all know, but is quite different as it is described by National Geographic, to look like a slim dog with a stiff, thin tail and was a marsupial, the type of Australian mammal that raises its young in a pouch.

According to Australian Geographic, the last known Tasmanian Tiger died on September 7, 1936 in a Hobart Zoo in Tasmania.

According to a National Geographic Editor, the Tasmanian Tiger was most likely nocturnal and hunted at night; they would ambush smaller marsupials, as their prey, and had a jump that was similar to a kangaroo when launching onto their prey.

Researchers in Australia and the United States are embarking on a multi-million dollar project to bring the Tasmanian Tiger back from extinction.

Jay Bennett, was the editor for the Efforts to resurrect the extinct Tasmanian tiger get a boost  article for National Geographic. On Wednesday’s Smart Talk he said, the Tasmanian Tiger existed in Australia and New Guinea for millions of years and then thousands of years ago likely a combination of changing climates and human hunting started the process of extinction for these animals.

Bennet also said, to de-extinct the Tasmanian Tiger scientists are going to take the closest living relative to the animal, the Numbat, and try to sequence the tiger’s genome using preserved biological material.

“So they have sequenced the genome (of the Tasmanian Tiger) but it has gaps in it and they can fill those gaps using the genome of the Numbat,” Bennet said.

He said it could take at least five to ten years to bring the Tasmanian Tiger back to existence and scientists may run into complications that make the timeframe much longer.

Scientists are unclear on how they will prevent the animal from going extinct again and how well the animal will adapt to the environment.

“The researchers believe that reintroducing the Tasmanian Tiger to its original ecosystem could help stabilize the ecosystem,” Bennet said.

He also said if scientists can’t confirm that this work has a benefit for the environment, the case for de-extinction is weaker for other animals in the future.