An open locker with a jersey, helmet and ball in a authentic football locker room

Hazing back in the spotlight after recent incident in Middletown 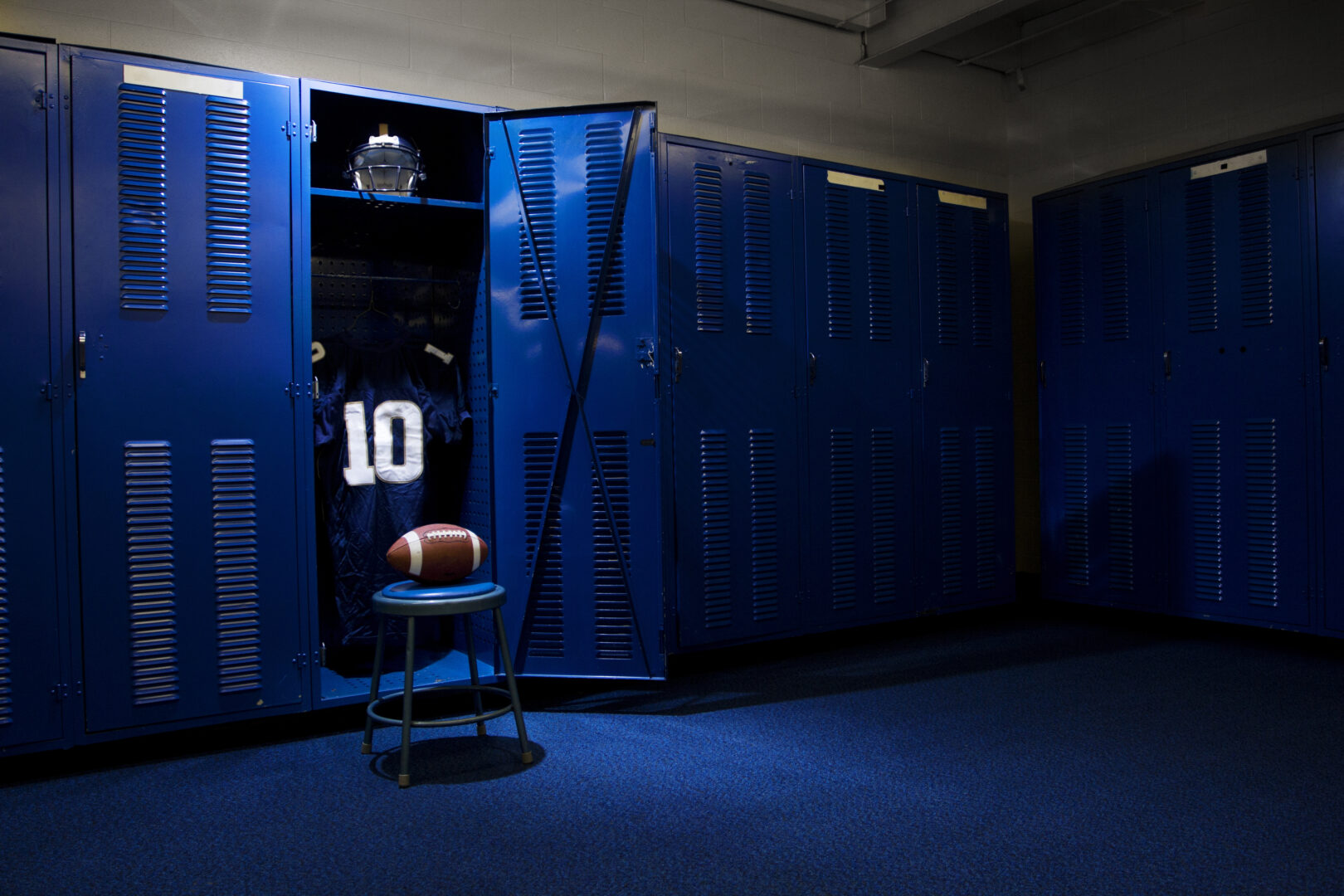 An open locker with a jersey, helmet and ball in a authentic football locker room

Middletown’s football program has been one of the most successful in Pennsylvania over the last few years. The Dauphin County borough takes a lot of pride in their Friday night football games. But Middletown has been shaken and many Central Pennsylvanians appalled by an alleged hazing on the football team.

Middletown School District Superintendent Chelton Hunter said in a written statement: “Cell phone video, taken by players, shows a group of students restraining two of their teammates and using a muscle therapy gun and another piece of athletic equipment to poke the buttock areas of the students who were on the ground,”  “The video shows players fully clothed. It did not appear that any student’s body was physically penetrated.” (After Wednesday’s Smart Talk was broadcast, Middletown Superintendent Hunter announced that more video has come to light and the football season has been cancelled).

Hazing to initiate new or younger people into fraternal organizations, clubs or onto sports teams is sometimes thought to be a relic of the past that is most often outlawed. But it isn’t.

Dr. Susan Lipkins, a psychologist and author of Preventing Hazing: How Parents, Teachers and Coaches Can Stop the Violence, Harassment and Humiliation, spoke on Wednesday’s Smart Talk about what hazing is actually about,”Hazing is part of wanting to be identified in a group. It’s like being part of a tribe or a family. And you usually join a team and you feel like, one for all and all for one and you’re going to have my back. The coach says you’re good enough to be on the football team, for example, but the kids now want you to prove that you’re worthy of being on the team, that you’re going to be as good as they are and that you’re going to follow the traditions. So hazing is a tradition. They’re usually rites of passage that maintain the hierarchy or the pecking order and that discipline. So, for example, in this tradition that we’ve seen online. Part of it is to show that the older kids, the seniors have more power and that the newbies, the people just coming on the team have no power. And that’s part of why I think sexualized hazing has become popular, because it’s the quickest way to prove that you don’t have any power, that you’re completely humiliated and that we’re in charge.”

Over the past decade and a half, videos of hazing are often posted online.

On Smart Talk, Douglas Fierberg, an attorney and expert on legal issues involving school law, hazing, and sexual assault told us,”We’re talking about an absolute lack of judgment on some level with young people. So I don’t think it’s a great leap to go from the lack of judgment that would be involved to hold someone down and prod them in the rectal area in these types of circumstances to actually videotaping it because they maybe haven’t been instructed that this is not lawful, this is harassment, this is really harmful to somebody else. And then because it was such a fun and games experience, video and post it, you know, particularly around the country with sexual violence and other issues, we’ve seen young people posting videos of all kinds that should never have been taken and be never made public. But again, you’re dealing with 16, 17, 18 year old men, young men who are obviously in a locker room that is not being properly supervised.”

Lipkins was asked what can be done to stop hazing,”The first thing is that we have to have many ways to report hazing and anonymous ways. And actually, if we could reward people for reporting, we have to have methods to teach those bystanders or any group of kids, people who are participating in the hazing, we’re viewing it to intervene. I always warn that any individual who tries to stop the hazing will probably be worse. So even the victim who’s fighting back and trying not to be hazed, they typically get more of a worse hazing, so to speak, if they fight. But I think that like the MeToo movement and like Black Lives Matter, if we start to train groups of people and students and encourage people with leadership abilities when and how to step in as a group, that maybe we can change the tide and turn the tide and and have our young people realize that these kinds of behaviors are not only illegal and not only, in my opinion, immoral, but that they’re not going to help anybody to grow up in and be a fine human being.”

Why and how are scientists trying to de-extinct the Tasmanian Tiger?