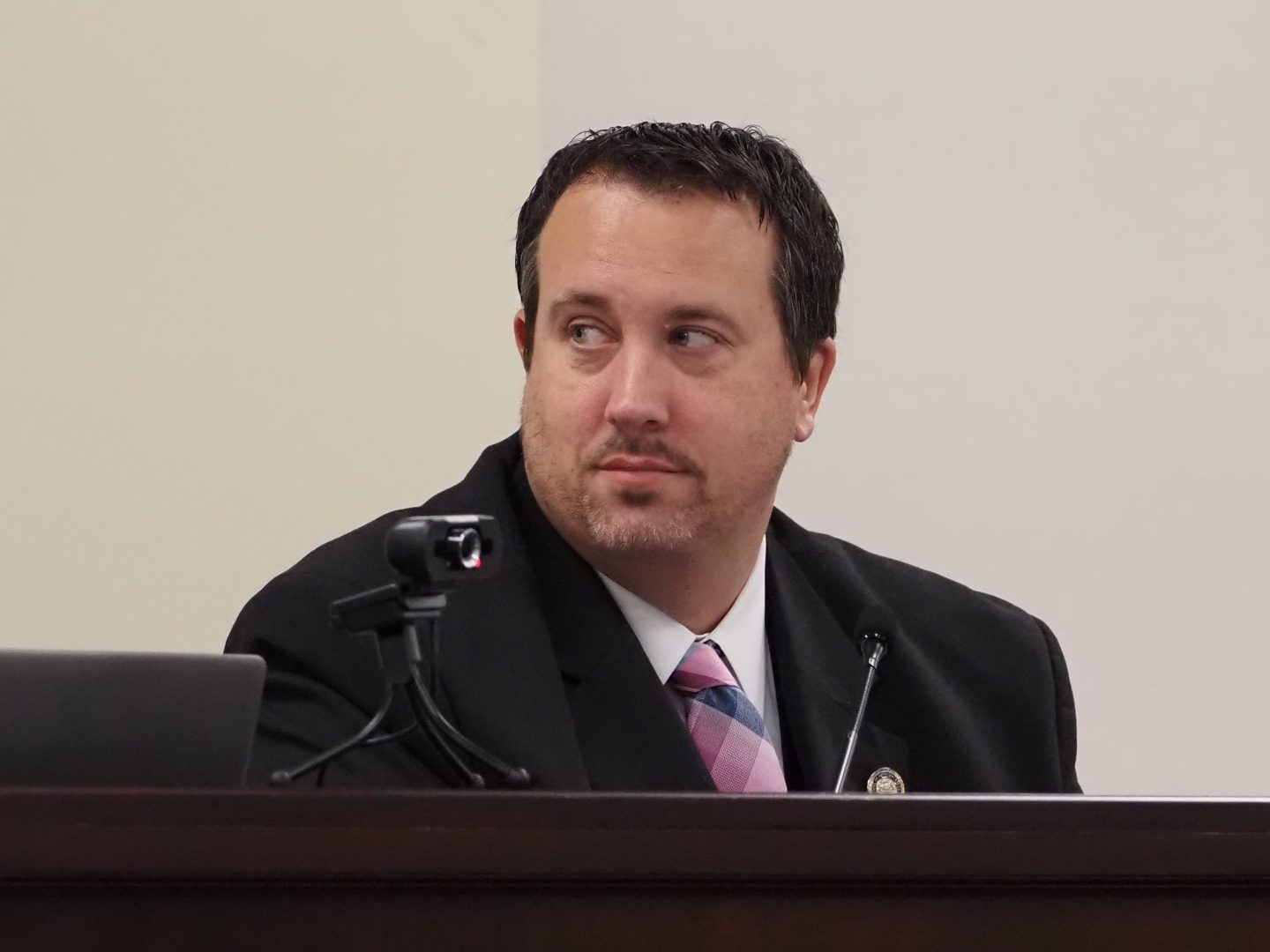 We hold ourselves to high standards of accuracy and fairness. That’s why when we make mistakes we admit and correct them, either in the same venue in which they were made – such as on-air and online – or both.  We correct all errors of fact and invite you to help keep us accountable, by emailing us at news@witf.org or reaching out to us on the WITF Facebook page or WITF News feed on Twitter.

A key Republican state lawmaker has made a rare concession about a 2020 election fraud claim.

Rep. Seth Grove (R-York), who chairs the House State Government committee, said an allegation that more votes were cast in Pennsylvania than there were registered voters is wrong.

“After the hearing in Gettysburg, where they said there were…more ballots than voters: that was not factual information,” Grove told reporters following a speech at an event in Harrisburg Monday.

At a Nov. 25, 2020 hearing, former President Donald Trump’s campaign alleged several hundred thousand more ballots had been cast than there were registered voters. Rep. Frank Ryan and several other Republican state lawmakers made a similar claim in late December that year.

Both assertions were inaccurate because of the data they relied on. The Trump campaign mixed up mail-in ballot data from the June 2020 primary with data from the General Election, while Ryan used incomplete voter registration data.

But Trump continues to mention it — two years later — to supporters at rallies. The former president has repeatedly bragged about the number of votes he won in 2020, falsely implying that the number was greater than the votes cast for President Joe Biden. Biden won the last presidential election with 81,282,632 votes compared to Trump’s 74,223,234 – and with a 74 vote margin in the Electoral College over Trump.

Grove cited Republican complaints about Pennsylvania’s last several election cycles in arguing that the state’s election system should be changed.

Asked whether he should have publicly countered the election-fraud lie that led to the Jan. 6 attack, Grove says his words would not have mattered.

“State Representative Seth Grove saying anything did not matter. It was all national narrative stuff,” he said.

The York County Republican helps oversee election law proposals as House State Government committee chair. He has so far unsuccessfully tried to advance a slew of changes that would allow counties to tally ballots before election day, and require voters to show identification each time they cast a ballot.

Election audits and experts from both parties have repeatedly shown that the state delivered accurate election results in 2020 and 2021.