The court’s decision could potentially help other members of the public who request information.

For more than a year, the Department of Health has fought to block Spotlight PA’s request for information. Judges rejected the agency’s arguments calling one claim “undeveloped.” 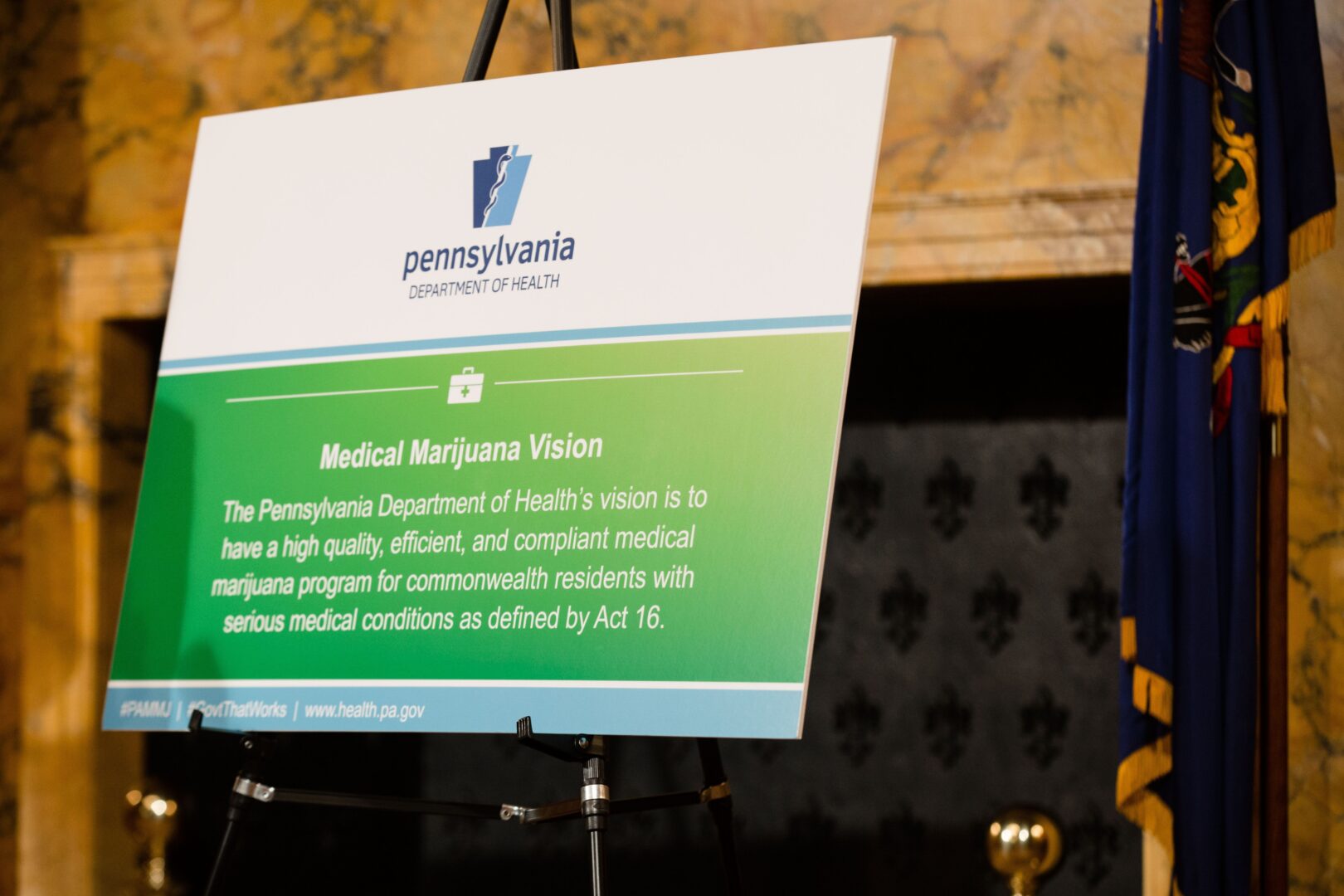 The court’s decision could potentially help other members of the public who request information.

A panel of Commonwealth Court judges has ordered the Wolf administration to reveal how many medical marijuana patients have received approval from a doctor to use cannabis for opioid addiction treatment.

For more than a year, the Department of Health has fought to keep that information secret.

Spotlight PA sought that data to better understand the impact of the agency’s unusual and controversial decision to endorse cannabis as a treatment option for opioid use disorder.

In a court opinion Friday, the judges dismissed several arguments from the department. The agency interpreted confidentiality rules too broadly and one of its arguments was “undeveloped” and “misses the point,” wrote Bonnie Brigance Leadbetter, a senior judge.

The judges also rejected the department’s argument that releasing the information could lead to criminal charges against employees.

“This ruling is an important step toward public access to aggregate data that will help Pennsylvanians better understand how the state’s medical marijuana program is operating,” said Paula Knudsen Burke, an attorney with the Reporters Committee for Freedom of the Press who is representing Spotlight PA for free.

The court’s decision could potentially help other members of the public who request information, according to Melissa Melewsky, media law counsel with the Pennsylvania NewsMedia Association, of which Spotlight PA is a member.

At the time Spotlight PA requested the information, the news organization was reporting on confusion and unintended consequences that followed from the Wolf administration’s decision to endorse cannabis as a treatment option for opioid use disorder. The newsroom specifically requested aggregate data — information that would not identify individual patients.

The Department of Health denied the request, even though it had made similar information publicly available in the past. Spotlight PA then appealed to the state Office of Open Records, an independent agency that settles public records disputes involving the Wolf administration. The agency in September ordered the Department of Health to release the records.

The Department of Health still refused to provide the information. It sued Spotlight PA in Commonwealth Court, and a panel of three judges heard arguments in the case in May.

In Friday’s opinion, Leadbetter wrote that some information is confidential under the state’s medical marijuana law, but not as much as the department claimed. She wrote that “because only patient information is protected, the requested data is subject to disclosure.”

In the same case, Commonwealth Court ruled in favor of the Department of Health on a separate matter. The court overturned a decision by the Office of Open Records that said the department failed to prove that certain written policies and procedures did not exist.

It’s not clear whether the Department of Health will provide the data. The department could petition the Pennsylvania Supreme Court and ask for permission to appeal. The department’s press office did not respond to a request for comment by Spotlight PA’s deadline Friday afternoon.

When Pennsylvania lawmakers legalized medical marijuana in 2016, they gave the Department of Health expansive powers to oversee the program and ensure it benefits patients across the state. But a series of investigative stories from Spotlight PA this year has revealed flaws in that oversight.

“Unproven, Unsafe,” an investigation published in February and based on a first-of-its-kind review of more than 60 websites, revealed that some cannabis companies made statements on their websites that multiple health policy and addiction treatment experts called misleading, incorrect, or possibly dangerous.

A follow-up investigation in May, “The Ad Block,” revealed that unusual advertising restrictions and inconsistent enforcement from the Department of Health have given an advantage to largely unregulated businesses that stand to rake in millions of dollars each year courting Pennsylvania medical marijuana patients.