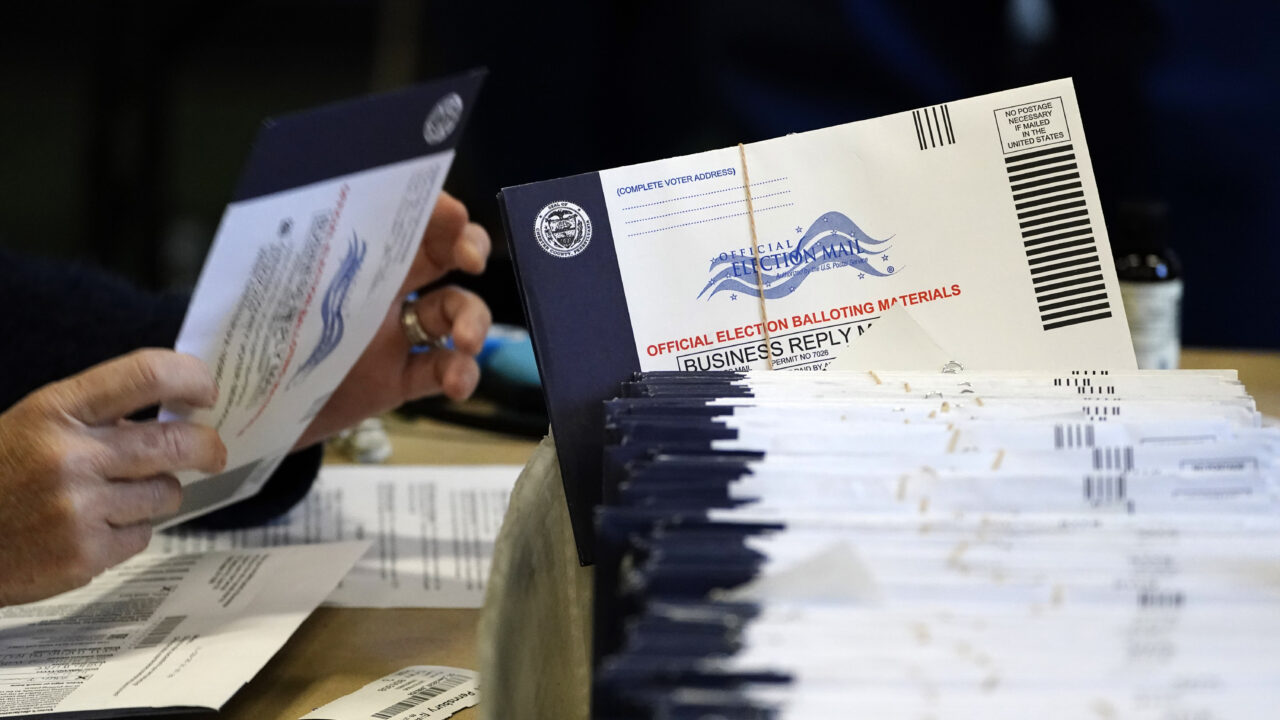 The judge in a case brought by Gov. Tom Wolf’s administration against three counties that aren’t reporting mail-in ballots lacking handwritten dates on their return envelopes told lawyers Friday she will rule as quickly as possible.

Commonwealth Court Judge Renee Cohn Jubelirer presided over an online conference in the litigation brought by the Department of State under Wolf, a Democrat, against three Republican-majority counties over about 800 mail-in ballots from the May primary.

The counties argue the ballots shouldn’t be counted because of the legal requirement for the exterior envelope dates, which are not used to determine if voters are eligible or if the ballots are received in time.

Wolf sued Berks, Fayette and Lancaster counties a month ago, seeking a court order to compel them to “certify” the mail-in votes in question. Cohn Jubelirer, an elected Republican jurist, said Friday she “will work very diligently” to issue an opinion.

The dispute has stalled certifications of statewide results from the primary in the high-profile races for Pennsylvania governor and U.S. Senate, as well as results for congressional and state legislative contests involving the three counties.

A Berks County commissioner testified last month that in his county, which invalidated the most ballots, adding them could change down-ballot races for state party.

The dispute has also created problems for a Republican state House member from Fayette who has sued, seeking to withdraw from his reelection contest even though his status as primary winner has yet to be certified.

The case became more complicated last week, when one of the lawyers learned a fourth elections board, in Butler County, also had not certified the mail-in ballots from undated envelopes.

The Department of State’s attorney, Michael Fischer, told Cohn Jubelirer on Friday that Butler’s actions had been overlooked and apologized for it, saying the administration was not asking to have Butler added to any order she might issue. He said there are no other counties in the same position.

Fisher said he sought a balance between getting results as right as possible and “achieving finality.”

“They are not counting legal votes,” he told the judge. “We believe they have a legal duty to do that and they’ve refused to do so.”

“This case has more warts than the frog who kissed the princess,” said Tom King, lawyer for Fayette County. He called the lack of certification for U.S. Senate and governor an emergency created by the state.

The 3rd U.S. Circuit Court of Appeals ruled May 20 that mail-in ballots without a required date on the return envelope must be allowed in a 2021 county judge race in Pennsylvania. Although the U.S. Supreme Court declined to halt the Senate vote-counting after the primary, three justices signed onto an opinion that said the 3rd Circuit was “very likely wrong.”

Cohn Jubelirer, in a separate case about reporting this year’s Senate primary election results, ruled in June that county boards of election should count mail-in votes that lack the security envelopes’ hand-written dates, and report vote totals with and without those ballots.

A 2019 law greatly expanded mail-in voting, and since then Pennsylvania Democrats have voted by mail in far greater numbers than Republicans.