Mitch Trubisky to start at QB in Steelers’ preseason opener

Trubisky has primarily worked with the starters during training camp practices. 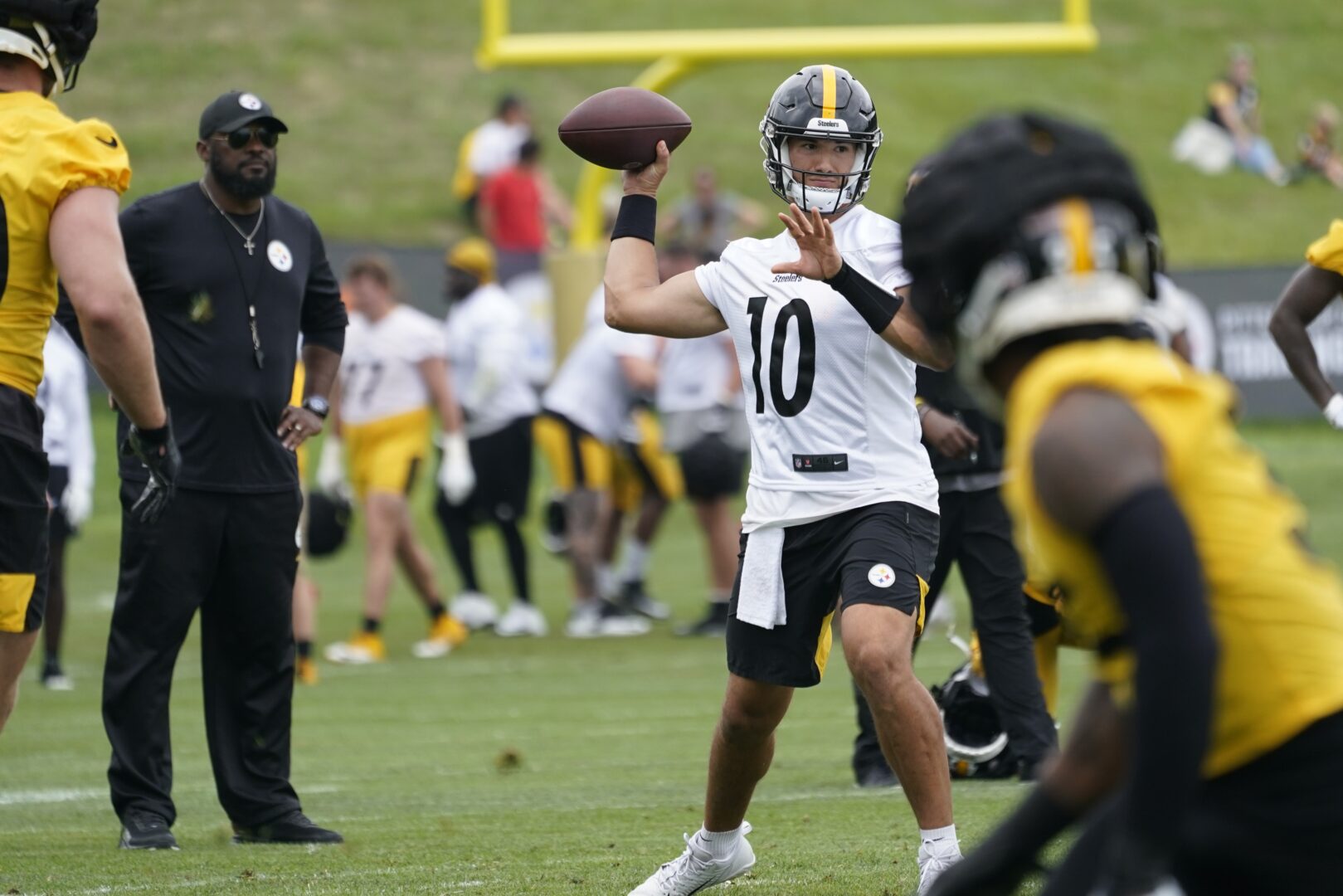 Mitch Trubisky will have the first in-game opportunity to state his case at becoming the Pittsburgh Steelers’ starting quarterback.

Coach Mike Tomlin announced Trubisky as the starter Thursday for the preseason opener Saturday at home against Seattle.

Trubisky, the No. 2 overall pick in 2017, is in a battle with veteran holdover Mason Rudolph and Kenny Pickett, the Steelers’ first-round selection in 2022. The group is tasked with replacing retired two-time Super Bowl winner Ben Roethlisberger.

“I wasn’t going to be blowing in the wind regarding the quarterback rotation,” Tomlin said. “We’ve been thoughtful about giving guys an opportunity to work in different groups, but our intentions are to play them this first time out very much the way we started this process.”

“If there’s a first teamer that lacks experience, he may play into the second quarter,” Tomlin said. “We are going to do what we feel is appropriate. Our goal is to come out of this game giving everybody an opportunity to show what they’re capable of and gain a better understanding of their play under real, football-like circumstances.” 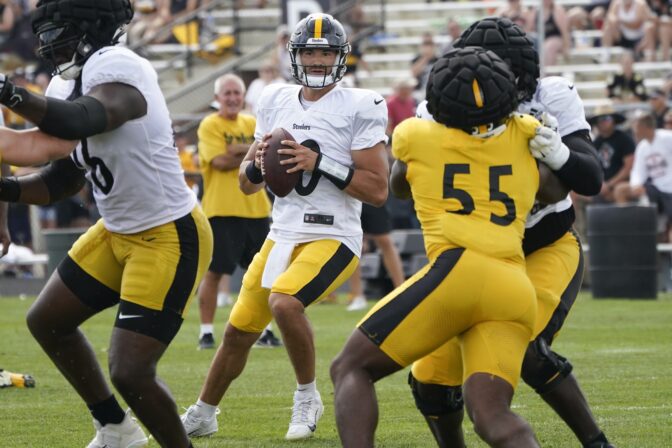 Trubisky signed a two-year contract with Pittsburgh in March after backing up Josh Allen in Buffalo during the 2021 season. Trubisky, a former top-five overall pick, was a Pro Bowler in 2018, who twice led Chicago to the playoffs. But he largely spent four uneven seasons with the Bears, going 29-21 as a starter with 64 touchdowns and 37 interceptions.

Rudolph, who was Roethlisberger’s long-time backup, wants to prove that he’s capable of being a full-time starter in the league.

Rudolph, a 2018 third-round pick, has made 10 starts in four seasons with the Steelers, going 5-4-1 overall. He started eight games in 2019 after Roethlisberger suffered a season-ending elbow injury and one each the previous two years, including an ugly 16-16 tie against Detroit.

Pittsburgh selected Pickett with the 20th overall pick in the first round of the NFL draft in April.

Pickett finished third in the Heisman Trophy voting and was named ACC Player of the Year in 2021. He threw for 42 touchdowns and led the University of Pittsburgh to an 11-2 record and the program’s first ACC title.

Tomlin is excited to see Pickett face a live NFL defense for the first time.

“(Pickett) hasn’t been in a live pocket yet,” Tomlin said. “None of the quarterbacks have, and that component of it is significant.”

Saturday’s preseason game itself is significant for the Steelers, as they take their first real step towards replacing Roethlisberger, who guided the franchise for 18 seasons.

Tomlin wants to see how his new quarterbacks move the offense and take care of the football.

“There’s so much that’s involved in live quarterback play,” Tomlin said. “Their ability to operate and make decisions in a timely manner, their ability to absorb the punishment that comes with the game and the position … it’s a big opportunity.”

NOTES: Tomlin didn’t rule anybody out of Saturday’s game, but he noted that players who missed “a significant amount of practice time” recently likely won’t play.

Election 2022: How to participate in Pennsylvania's upcoming mid-terms