Clinton County employees sit in their vehicles blocking the road that leads to the scene where an armed man was shot and killed by police after breaching the FBI's Cincinnati field office Thursday, Aug. 11, 2022, in Wilmington, Ohio.

Federal investigators are examining whether Ricky Shiffer may have had ties to far-right extremist groups, including the Proud Boys. 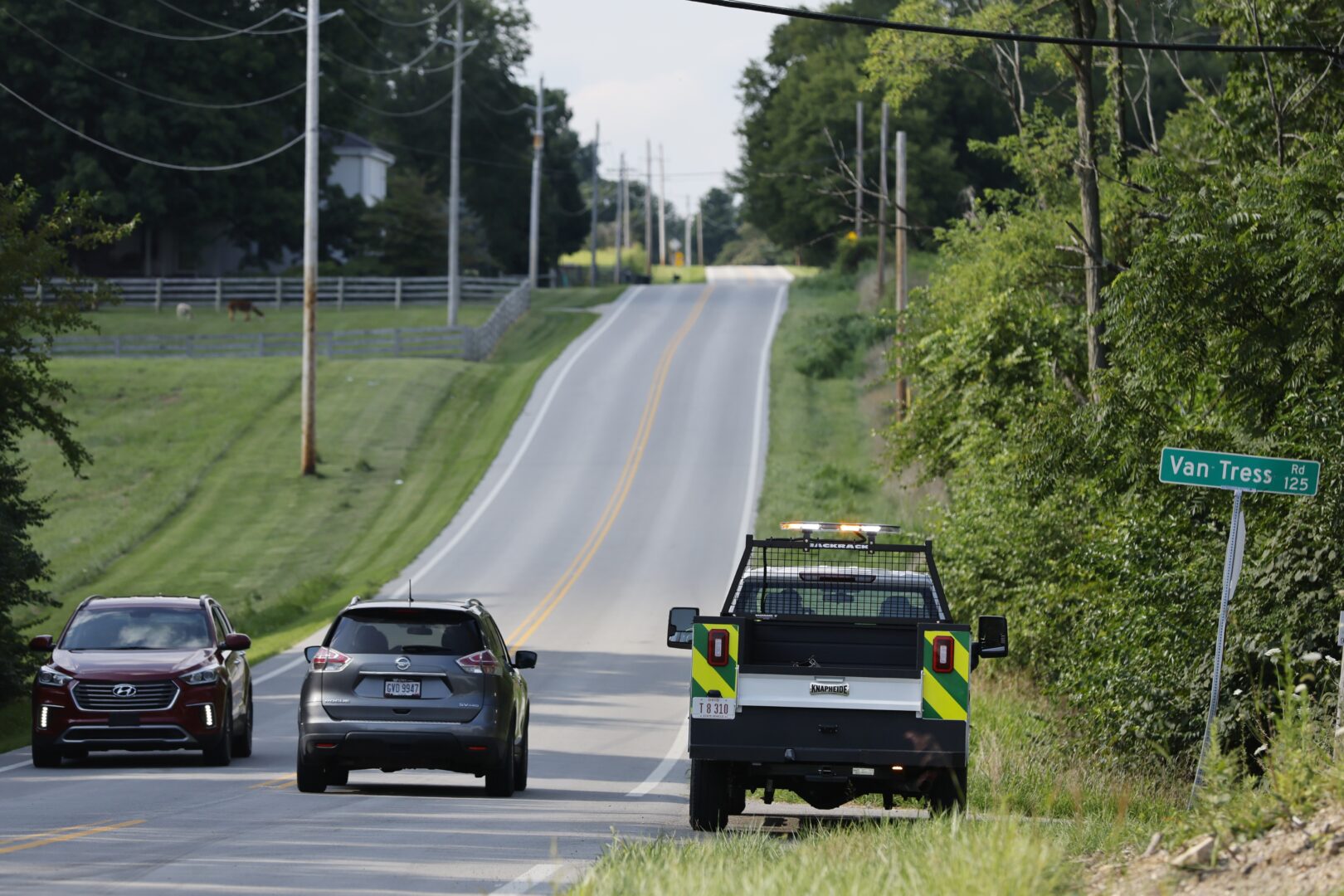 Clinton County employees sit in their vehicles blocking the road that leads to the scene where an armed man was shot and killed by police after breaching the FBI's Cincinnati field office Thursday, Aug. 11, 2022, in Wilmington, Ohio.

An armed man clad in body armor who tried to breach the FBI’s Cincinnati office on Thursday was shot and killed by police after he fled the scene and engaged in an hourslong standoff in a rural part of the state, the Ohio State Highway Patrol said.

The confrontation came as officials warned of an increase in threats against federal agents in the days following a search of former President Donald Trump’s Mar-a-Lago estate in Florida.

The man is believed to have been in Washington in the days leading up to the Jan. 6, 2021 insurrection and may have been present at the Capitol on the day of the attack, according to a law enforcement official briefed on the matter. The official could not discuss details of the investigation publicly and spoke on condition of anonymity. 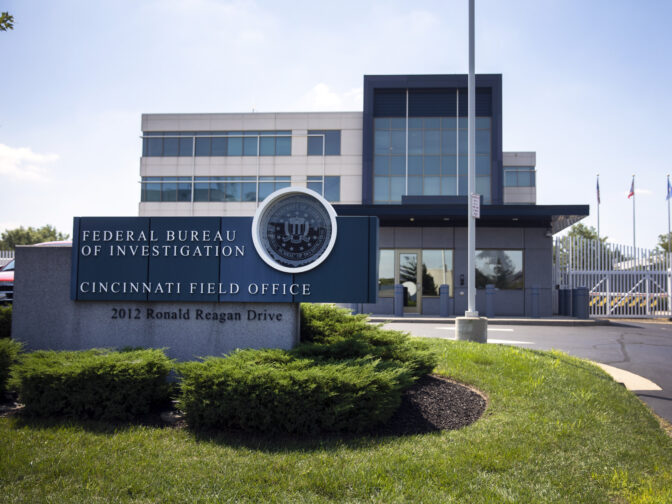 The suspect was identified as Ricky Shiffer, 42, according to the law enforcement official. He was not charged with any crimes in connection with the Jan. 6 attack, the official said. Federal investigators are examining whether Shiffer may have had ties to far-right extremist groups, including the Proud Boys, the official said.

Shiffer “attempted to breach” the visitor’s screening area at the FBI office at around 9:15 a.m., and fled when agents confronted him, according to federal authorities’ account of the incident. After fleeing onto Interstate 71, he was spotted by a trooper and fired shots as the trooper pursued him, said Lt. Nathan Dennis, a Ohio State Highway Patrol spokesperson, at a press conference.

Shiffer left the interstate north of Cincinnati and abandoned his car on rural roads, where he exchanged gunfire with police and sustained injuries, though no one else was hurt, Dennis said.

Shiffer was shot after he raised a gun toward police at around 3 p.m. Thursday, Dennis said. The fatal encounter with police happened after negotiations failed and police tried unsuccessfully to use “less lethal tactics,” Dennis said, without providing details.

State highway workers blocked off roads leading to the scene as a helicopter flew over the area. Officials locked down a mile radius near the interstate and urged residents and business owners to lock doors and stay inside. The interstate has been reopened.

There have been growing threats in recent days against FBI agents and offices across the country since federal agents executed a search warrant at Mar-a-Lago. On Gab, a social media site popular with white supremacists and antisemites, users have warned they are preparing for an armed revolution. 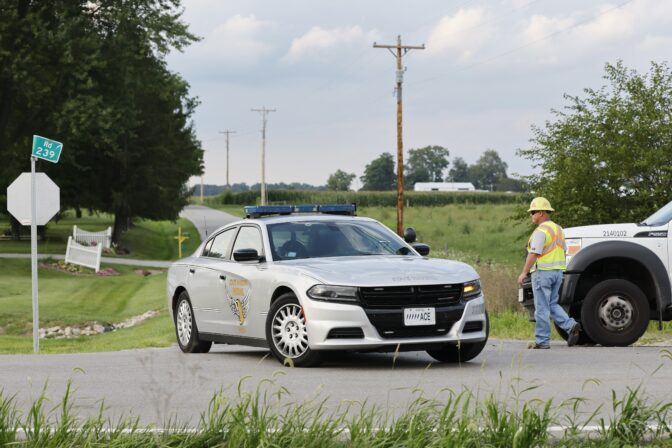 A Clinton County employee helps direct traffic as an Ohio State Highway Patrol vehicle leaves the scene where an armed man was shot and killed by police after breaching the FBI’s Cincinnati field office Thursday, Aug. 11, 2022, in Wilmington, Ohio.

Federal officials have also been tracking an array of other concerning chatter on Gab and other platforms threatening violence against federal agents. FBI Director Christopher Wray denounced the threats as he visited another FBI office in Nebraska on Wednesday.

“Violence against law enforcement is not the answer, no matter who you’re upset with,” Wray said Wednesday in Omaha.

The FBI on Wednesday also warned its agents to avoid protesters and ensure their security key cards are “not visible outside FBI space,” citing an increase in social media threats to bureau personnel and facilities. It also warned agents to be aware of their surroundings and potential protesters.

The warning did not specifically mention this week’s search of Mar-a-Lago but attributed the online threats to “recent media reporting on FBI investigative activity.”