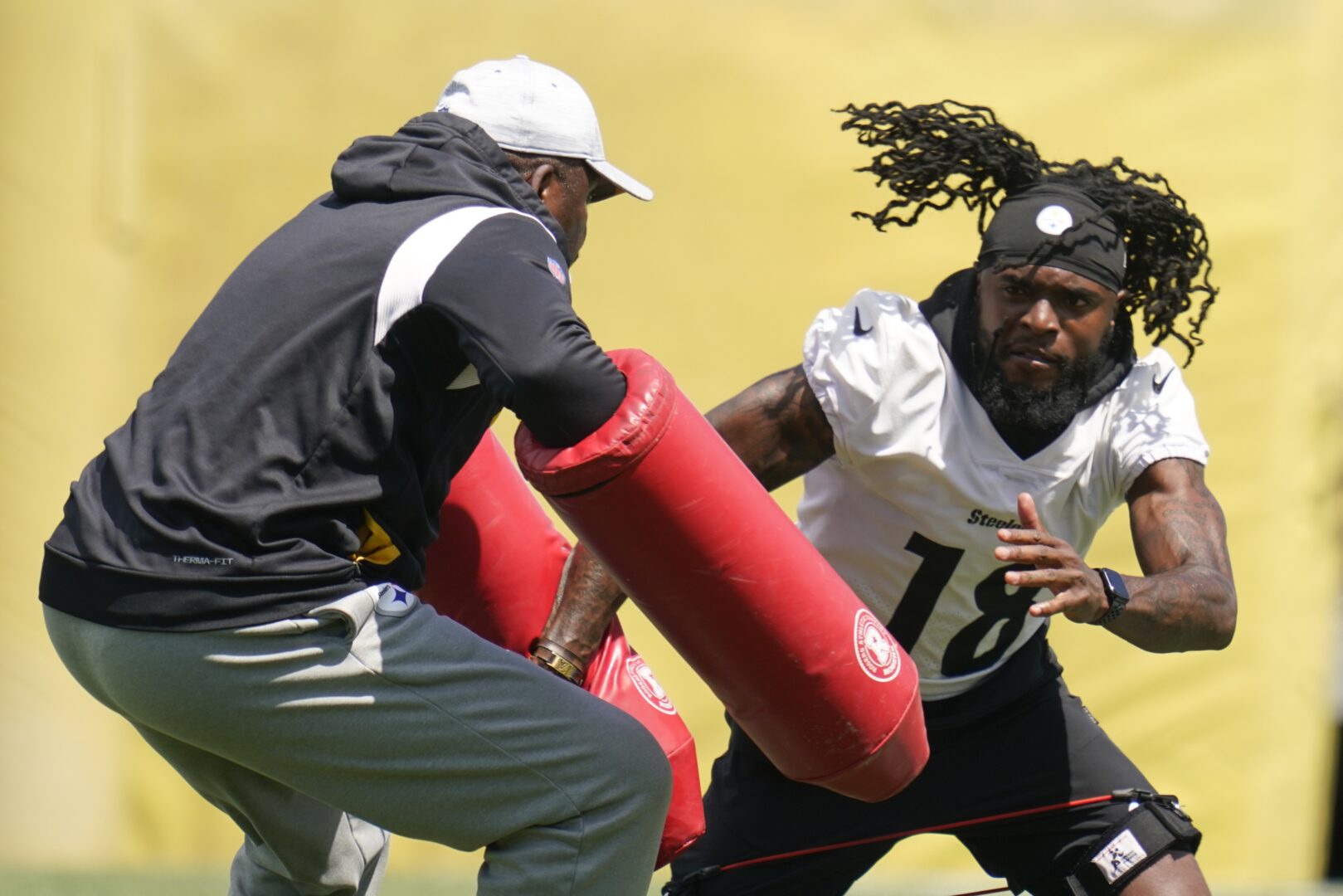 Diontae Johnson watched the wide receiver market explode during the offseason. The dollar amounts were so staggering they were impossible for Johnson to ignore as he entered contract negotiations with the Pittsburgh Steelers.

“You see the numbers,” Johnson said. “But I wasn’t trying to look at everybody’s pockets.”

Johnson was trying to get back to his job. One he returned to full time on Thursday after agreeing to a new three-year contract worth more than $39 million. That’s a lot of money to be sure, just not on par with some of the other megadeals his higher-profile brethren have signed in recent weeks. 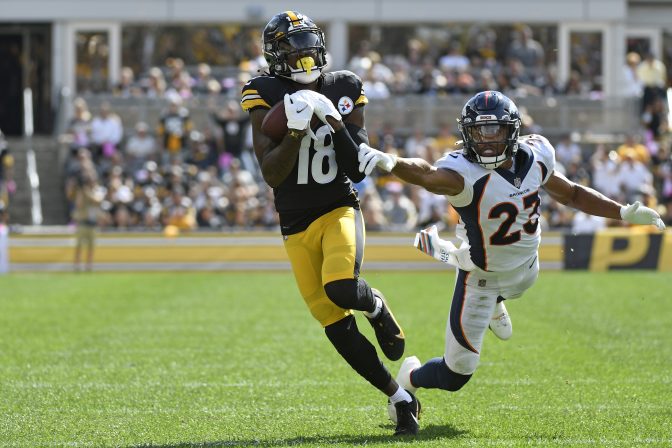 Pittsburgh Steelers wide receiver Diontae Johnson (18) hauls in a pass from quarterback Ben Roethlisberger with Denver Broncos cornerback Kyle Fuller (23) defending during the first half of an NFL football game against the Denver Broncos in Pittsburgh, Sunday, Oct. 10, 2021. Johnson took the ball in for a touchdown.

The 26-year-old was entering the final season of the rookie deal he signed after being taken in the third round of the 2019 draft. Johnson skipped a portion of the team’s voluntary offseason program and while he arrived at training camp on time, he did not participate in any 11-on-11 or 7-on-7 drills in an effort to protect his health.

Johnson said he took as many “mental reps” as possible and never considered holding out.

“I wanted to be around (my teammates),” said Johnson, who added he didn’t want to “show that type of (negative) energy” by skipping the club’s return to training camp at Saint Vincent College after two years away because of the COVID-19 pandemic.

Johnson would have carried his “hold in” all the way until the season opener — as All-Pro teammate T.J. Watt did last summer — but now he doesn’t have to after coming to terms on a deal that offers both himself and the Steelers a little flexibility.

It doesn’t lock Pittsburgh into a long-term situation if Johnson regresses and gives Johnson a chance to really cash in during his prime if he outplays the deal, though Johnson stressed his goal is to stay with the Steelers for the rest of his career.

Johnson acknowledged he was a little bored while standing off to the side during the more physical portion of practices. That ended on Thursday, and he wasted little time showing he was ready to get to work with new quarterback Mitch Trubisky.

Trubisky, who is competing with Mason Rudolph and rookie Kenny Pickett to replace the retired Ben Roethlisberger, found Johnson deep on Johnson’s first snap in 11 on 11 after Johnson slipped past cornerback Ahkello Witherspoon.

Steelers coach Mike Tomlin, who had grown tired of answering daily questions about Johnson’s status, praised Johnson for “staying connected” with his teammates as negotiations played out.

“His train left the station today,” Tomlin said. “I imagine there’s not going to be much of a transition in terms of him getting up to speed.”

Johnson finds himself as the most established wide receiver on the roster after JuJu Smith-Schuster left for Kansas City in free agency. Johnson is fine taking on a leadership role in a group that includes Chase Claypool and rookies George Pickens and Calvin Austin III.

“Whatever questions they have or need help with a certain route, I’ll always be there for them,” he said. “Obviously, I’m going to continue to lead by example. Hopefully, that feeds off to the rest of the group, so I’m ready to get going.”

NOTES: The Steelers activated safety Minkah Fitzpatrick off the non-football injury list on Thursday. Fitzpatrick had been recovering from a wrist issue sustained in a bike accident. … DB Cam Sutton left practice with what Tomlin called a lower-body injury. … CB Levi Wallace sat out because of illness.