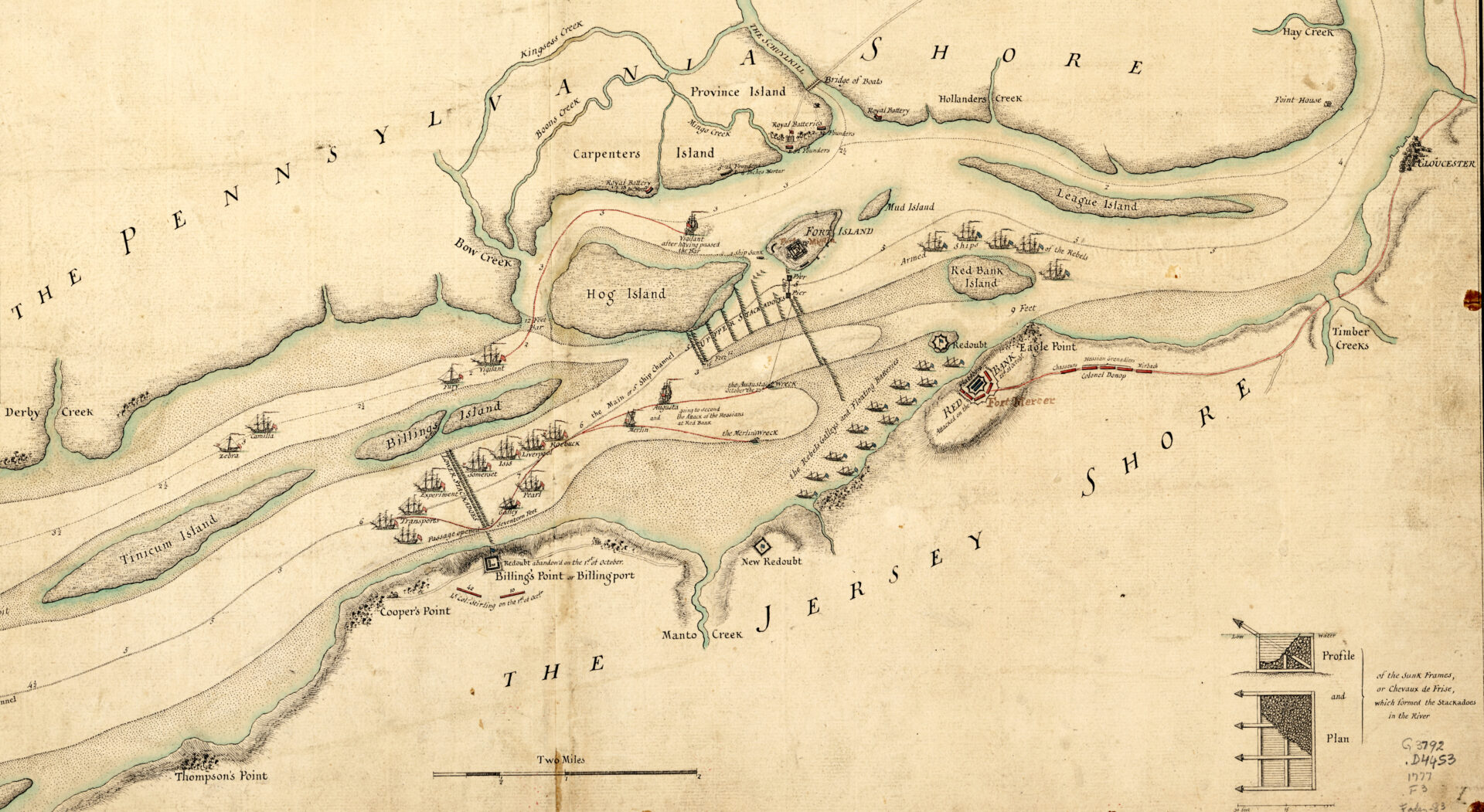 Two-hundred-forty-five years after the Battle of Red Bank, along the Delaware River in New Jersey, remains of soldiers from the Revolutionary War have been found. The skeletal remains of up to 14, believed to be German Hessian soldiers, have been uncovered.

Red Bank was a rare American victory in the Revolution as Jen Janofsky, Red Bank Battlefield Park Director, described on Friday’s Smart Talk,”Fort Mercer was constructed to be part of a river fortification system to prevent the British from getting needed supplies in the city of Philadelphia. Philadelphia falls to the British in September of 1777, and as the fall creeps on, they are in desperate need of supplies. The Americans devise a river fortification system, including Fort Mercer and across the river in Philadelphia, Fort Mifflin, to prevent the British from getting those supplies.”

“The situation is desperate by the end of October, and the British send a group of Hessian soldiers, roughly 2000, to attack Fort Mercer. So Fort Mercer is garrisoned by the Rhode Island Regiment, led by Colonel Christopher Greene. And what makes that regiment and this moment in history so compelling is that it’s a fully integrated unit of African-American soldiers and white soldiers fighting. So we know the garrison was roughly 500 men. And of those 500 men, we believe 50 were of African descent. When you have 500 Americans defending the fort against the world’s most professional fighting force, the Hessian soldiers, almost 2000 strong. And Christopher Green is staring them down in this incredible moment on October 22nd, 1777. It was a relatively brief battle. The Hessians suffered the worst loss of of the war. They lost over 300 dead or injured in the battle. And subsequently, the next day, the dead were buried in the trenches that were the fortifications that defended Fort Mercer.”

On June 26 during an archeological survey, a volunteer found what they thought was a bone. Janofsky remembered thinking, “well, what do we have here? And so it started with exhuming one bone. To be clear, we didn’t know if we had Hessians or Americans. Fourteen Americans also died in the battle. And once we started removing one bone, subsequent bones surfaced. And so actually, we’re actually up to 14 individuals at this point who have been recovered. They are at the state police forensic anthropology lab where we are going to positively or try to positively identify them as Hessian. So right now, we believe them to be Hessian because of the material found in proximity to the remains. But we do need to do the forensic analysis to determine that 100%.”

Janofsky said the remains will be given a proper burial.