"Collection of baseball cards and baseball on old wooden table. Shallow dof, focus on stack of cards baseball in background is out of focus." 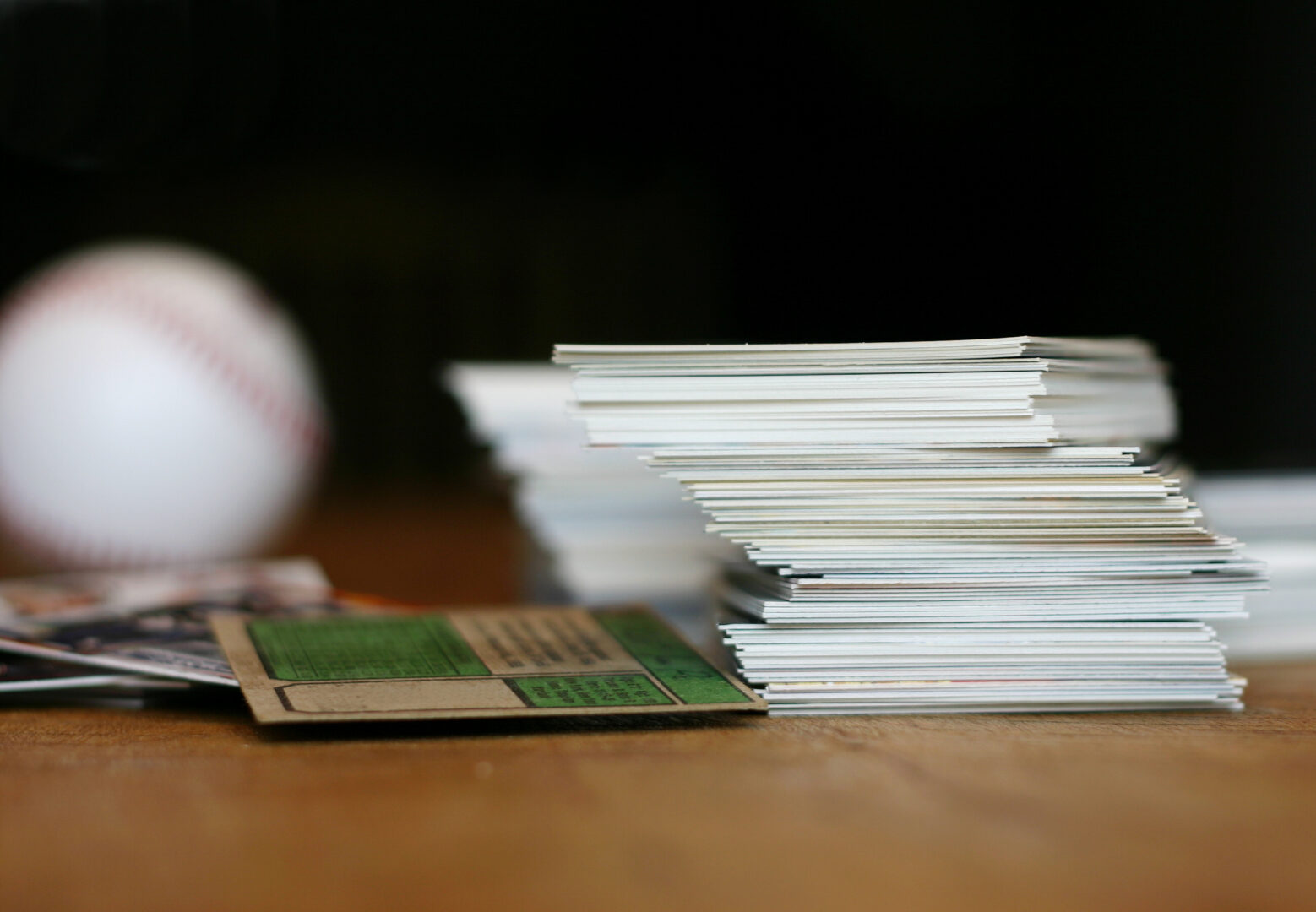 "Collection of baseball cards and baseball on old wooden table. Shallow dof, focus on stack of cards baseball in background is out of focus."

A rare 1952 Topps Mickey Mantle baseball card from the superstar’s rookie season is expected to sell for more than $10 million at auction later this month. It would be the top price ever paid for a card.

Twenty years ago, there were a lot of people who dreamed of getting rich from the cards they collected. The market was flooded with cards and card collecting as a hobby seemed to lose its popularity.

Card collecting has made a comeback. Chris Dreisbach, co-owner of Red Rose Sports cards in Lancaster explained why on Friday’s Smart Talk,”Maybe the popularity of sports, maybe social media, some of the influencers and people getting the young generation excited about it. Maybe the pandemic and people being stuck inside kind of had to send them scrambling for new hobbies. Not 1,000,000% sure, but I definitely love it because it’s allowed me to reconnect with it as well.”

Dreisbach said the popularity of cards for certain athletes often have to do with the time of the season but young people are savvy when it comes to cards,”you’ll even see some young kids coming in looking for those vintage cards, the Mickey Mantles, the Willie Mays, the Norm Van, Brocklins, all the crazy stuff. You’d never believe that kids even know things from that era, but a lot of them want new autographs of the brand new players, the Phillies’ prospects, the new Eagles guys like Devonta Smith and AJ Brown. It’s just it’s a very exciting time to be involved in the sports cards world.”

What is Fetal Alcohol Syndrome and is it under diganosed?