A self-driving semi truck at Aurora Innovation's headquarters in the Strip District.

The company has yet to earn meaningful revenues because it is still preparing its technology for widespread commercial use. 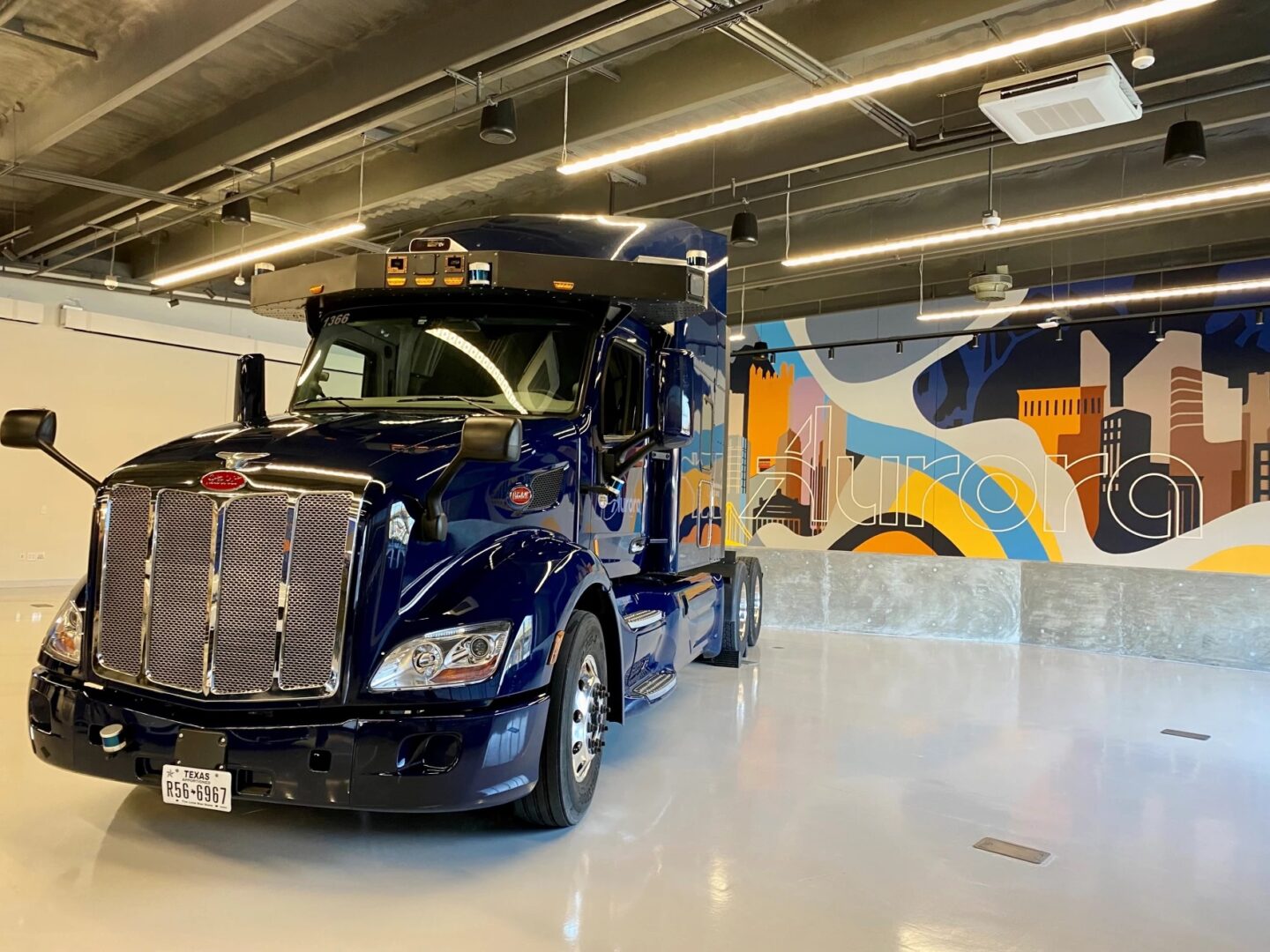 A self-driving semi truck at Aurora Innovation's headquarters in the Strip District.

Supply chain disruptions have forced Pittsburgh-based Aurora Innovation to postpone the commercial launch of its autonomous trucking system by one year. The company now expects its Aurora Horizon platform to hit the market in late 2024.

Regardless, the 1,600-employee company reported to shareholders Wednesday that it continues to execute on key technical capabilities on schedule while also launching new partnerships with major goods carriers and awarding supplier contracts.

“It is through this progress that we see a clear path to a driverless future as we move closer to the launch of our first commercial product,” Aurora co-founder and CEO Chris Urmson said during an earnings call for the second quarter of this year.

The Aurora Horizon trucking program won’t generate a profit until it is deployed at a large scale without human drivers present, Aurora’s Vice President of Finance Richard Tame said on the earnings call Wednesday.

He said Aurora, whose headquarters are located in the Strip District, had $1.4 billion in cash and short-term investments on its balance sheet at the end of June. He predicted those funds will last through mid-2024, meaning the company will likely need to raise more money before Aurora Horizon is ready for launch.

But given Aurora’s cash position today, Tame said, “We have the ability to wait to see what’s happening in the markets.

“I hope the macro environment improves, and then progress along [our] roadmap should help us to raise capital at a price that we find attractive,” he said.

Like many autonomous vehicle companies, Aurora has yet to earn meaningful revenues because it is still preparing its technology for widespread commercial use.

Since going public in November through a reverse merger with a special acquisition company, or SPAC, its market valuation has fallen from $13 billion to $3.1 billion. But on Wednesday, Urmson said turbulence in the market could create an opening in a crowded industry.

“I think that the current financial climate is going to help separate a little bit the wheat from the chaff,” he said. “The teams that have the ability to actually deliver this product are going to be able to raise capital when needed at some point in the future. And they’re going to deliver on [their] product. And we see it helping clear some of the playing field, frankly.”

Aurora tests its self-driving trucking system on highways in Texas. Urmson said the company also has received permission to test in Arizona and has sought approval from New Mexico.

Aurora reported Wednesday that it doubled the number of miles it drove during tests on commercial routes between the first and second quarters of the year. Between April and June, the system achieved key milestones, such as braking for long downhill stretches, aborting lane changes when necessary and managing its own defects.

The company is also partnering with Toyota and Uber to develop an autonomous ride-hailing service. But Urmson said that project, called Aurora Connect, has taken a backseat for now.

“We still see the value in the ride-hailing market,” he said. But he added, “We think that focus matters, and particularly in this economic climate. So we’re going to be putting more emphasis on trucking and making sure that that product makes it to market.”