The Kunta Kinte-Alex Haley Memorial and the road behind it are flooded near high tide at City Dock in downtown Annapolis, Md., on Friday, Oct. 29, 2021. The National Weather Service is warning that the mid-Atlantic region could see one of the biggest tidal floods of the last decade or two as heavy rain and winds pummel the region on Friday. (AP Photo/Brian Witte)

Floods are getting more common. Do you know your risk? 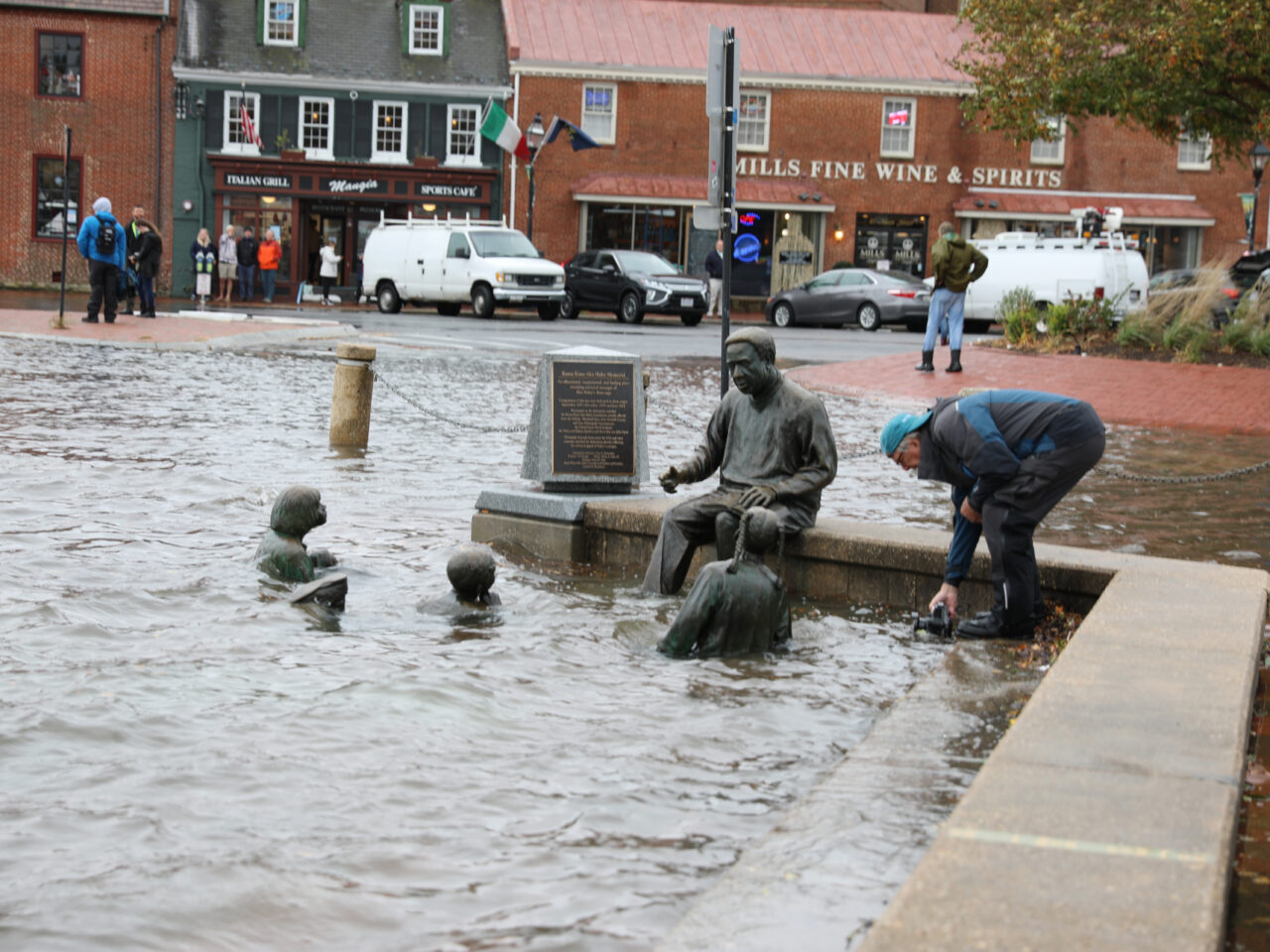 The Kunta Kinte-Alex Haley Memorial and the road behind it are flooded near high tide at City Dock in downtown Annapolis, Md., on Friday, Oct. 29, 2021. The National Weather Service is warning that the mid-Atlantic region could see one of the biggest tidal floods of the last decade or two as heavy rain and winds pummel the region on Friday. (AP Photo/Brian Witte)

Climate change is driving more flooding around the country, and the cost of flood damage to homes can be enormous, according to a pair of new analyses that look at the risks and costs of coastal floods in the U.S.

The findings could hardly be more timely: thousands of households are reeling after floods killed dozens of people in Appalachia and destroyed homes in St. Louis and Arizona last week. And peak hurricane season is looming in the Atlantic.

Flooding associated with sea level rise is accelerating, according to an annual report released Tuesday by the National Oceanic and Atmospheric Administration. Ocean water is inundating coastal cities during high tides, even when there is no storm.

“Sea level rise impacts are happening now, and are growing rapidly,” explains William Sweet, a NOAA oceanographer and one of the authors of the report.

The number of days when so-called sunny day floods occur is accelerating on the East and Gulf coasts. For example, in 2021 the Northeast experienced an average of 8 high tide flood days, which is a 200% increase compared to the number of flood days in the year 2000.

In the future, such floods could become routine, federal data suggest. By 2050, high tides could send water into neighborhoods dozens of days each year, according to the report.

Sea levels are rising more quickly in some parts of the U.S., such as the Mid-Atlantic and Gulf Coast. The risk is highest in places where the water is rising and the land is also falling. That’s happening very quickly in Louisiana and Texas, as humans pump out oil, gas and drinking water, and the land collapses because of that extraction.

“[In] that part of the country, the land is sinking,” Sweet says . “And it’s sinking at rate, in some areas, faster than the ocean itself is rising.”

That has led to a rapid increase in the number of sunny days with water in the streets. For example, the area around Galveston, Texas has gone from an average of three high tide flood days 20 years ago, to 14 such flood days last year, to a projected 170 days or more by the year 2050. That means, every other day there would be a flood in the Galveston area.

It all adds up to a dramatic increase in flood damage to homes. And floods are extremely expensive. In the last 10 years, floods have caused at least $50 billion in damage in the U.S.

But what does that mean for people living on the front lines of flooding? A new analysis commissioned by the Natural Resources Defense Council estimates that flood damage can cost tens of thousands of dollars for a household, and that many home buyers are unaware of that potential cost.

The new report looks at housing and flood data for three flood-prone coastal states: New York, New Jersey and North Carolina, and estimates that about 29,000 homes that flooded in the past were sold in 2021.

Actuaries used housing and flood models to estimate the future cost of flood damage for those homes. They predict that homeowners in North Carolina could suffer at least $35,000 in flood damage over the course of a 30-year mortgage. In New Jersey and New York, where homes are more expensive, the cost of future flood damage is even higher.

“I think by putting a price on that amount of damage, it really shows just how vulnerable home buyers can be, owning a previously flooded home,” says Joel Scata, who studies flood risk at the Natural Resources Defense Council.

He says they focused on those three states because home buyers there receive little or no information about a home’s flood history.

“The disclosure laws in these three states are inadequate because they don’t explicitly require home sellers to tell buyers whether a house is previously flooded, or the amount of times that the house has previously flooded,” Scata explains. Other states, such as Texas and Louisiana, do require disclosure of flood risk information during home sales.

NPR analyzed flood disclosure laws across the country in 2020 and found that living in a flood-prone area without knowing it can be financially devastating, especially for low-income households and those who rent.

“It’s really important for home buyers to have a right to know the flood risk that they might face,” says Scata. “The damages can be so high, it can be financially ruinous.”