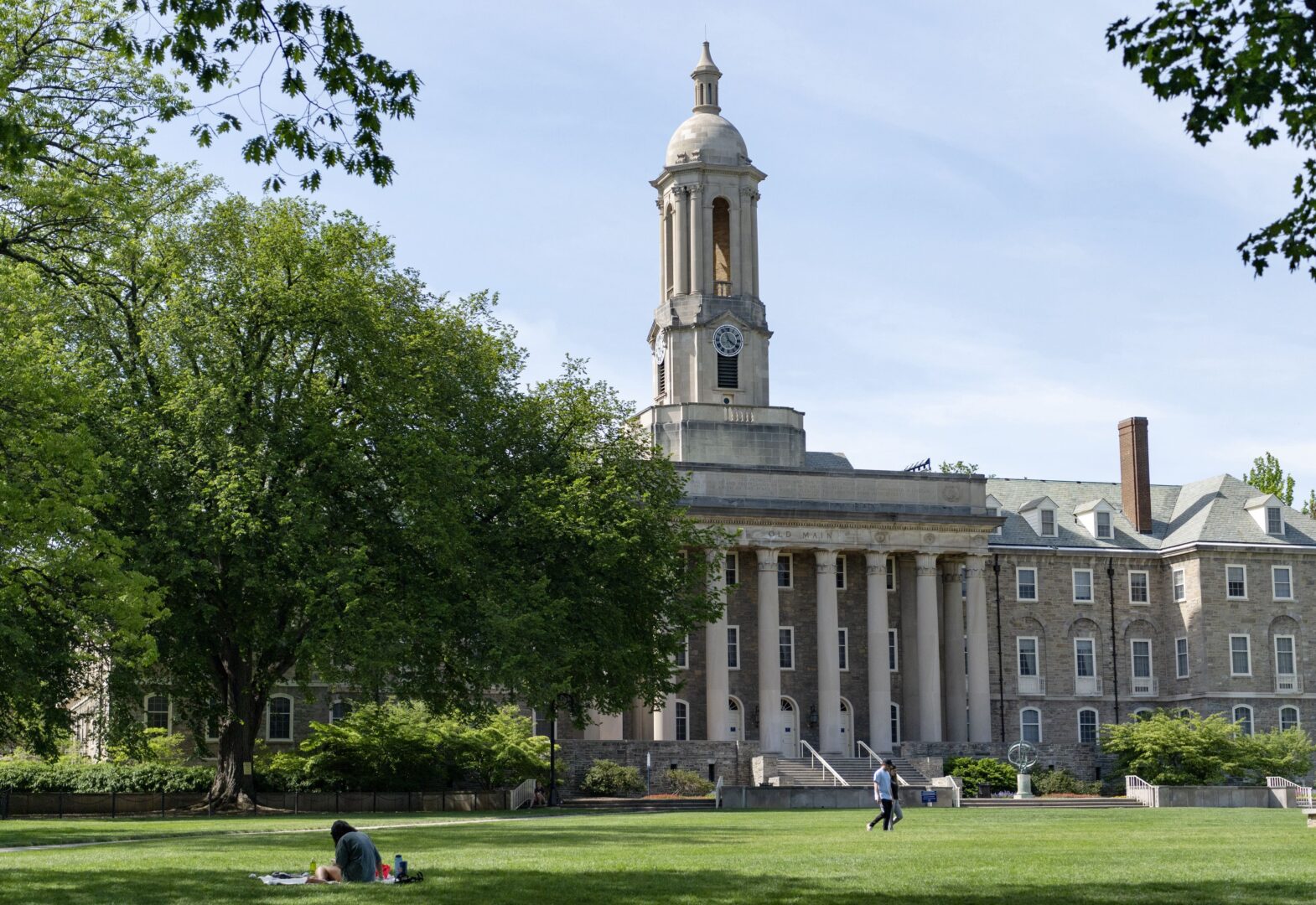 More than two weeks after unsealed search warrants revealed at least one Pennsylvania State University athlete was reportedly extorted last fall into sending sexually explicit photos and videos of themselves and others, the university has refused to answer specific questions about how it handled the situation.

University officials rebuffed Spotlight PA’s questions about whether all individuals who were filmed naked or partially naked have been identified and notified.

Penn State also declined to specify how many students were involved, when exactly campus police were brought in, and whether additional crimes were investigated.

According to the search warrants, the videos showed naked or partially naked people in the locker room of the Penn State football team. Videos showing multiple men having sex with a woman were also shared with the alleged extortionist, law enforcement officials said in the documents.

Penn State successfully petitioned to have the search warrants sealed earlier this year. Spotlight PA, with the Centre Daily Times, and WJAC-TV, later filed a motion seeking to reverse that decision, citing the public’s right to such records.

Lisa Powers, senior director of university public relations, told Spotlight PA in a July 20 email police “have found no evidence to indicate that the sexual acts depicted in the videos are not consensual.”

The few known details of the alleged extortion stem from four recently unsealed search warrants and a handful of court filings.

In late September 2021, according to the warrants, a student athlete at Penn State told campus police he was the victim of an extortion scheme targeting university athletes carried out by a dating app user who he knew as “Li.”

What started as a connection on a dating app escalated into the student sending dozens of sexually explicit photos and videos to the account operated by Li, who threatened to release the images if the student did not send more.

The student, who is identified in the documents only as “VICTIM 2,” told police there were potentially five victims on campus facing similar circumstances. Another student athlete, identified only as “VICTIM 1,” told police that his Snapchat account was hacked and that sexually explicit images he stored on the app had been sent to another account.

A Twitter account and Instagram accounts created in September publicized some of the images. In a public reply to a tweet by James Franklin, head coach of Penn State’s football team, one account posted a sexually explicity video of Victim 1. According to the search warrants, the post was flagged as abusive and removed.

Victim 1 did not send images to Li when pressured to do so, according to the search warrants.

However, over three weeks in September, Li’s demands were met by Victim 2, who sent explicit photos of himself and others, such as sex tape videos and recordings filmed inside the Penn State Football locker room.

Some of the images and videos were stored on a public Dropbox folder publicized by one of the extortionist’s social media accounts. A detective with Penn State University Police accessed the folder in late September, the warrants detail.

A Centre County judge sealed the entire case at Penn State’s request. It was later unsealed following an appeal from Cantorna.

On July 15, the judge made public copies of the search warrants with identifying information redacted.

Soon after the search warrants were unsealed, Spotlight PA sent the university and Penn State police detailed questions related to its handling of the incidents and its investigations into possible crimes.

The university responded the following day to the questions with a short statement providing few details about the status of the case or its handling of it.

Spotlight PA followed up with more questions, including requests for clarifications to the statement, but the university said that it would not provide further information.

The media outlet is publishing its entire email exchange with Penn State, which includes the full list of questions and the university’s replies.

In particular, Spotlight PA sought to know whether everyone shown in the videos had been identified and notified about the alleged extortion plot.

In one statement, the university said campus police have been working since September 2021 “in an attempt to identify both victims and suspects.” Penn State did not answer a question about whether that work had been completed.

Penn State said in a separate statement that it had “found no evidence to indicate that the sexual acts depicted in the videos are not consensual.”

The university would not answer a question about whether campus police have or plan to look into potential crimes contained in the videos or images it obtained.

Based on the information provided in the search warrants, a number of state laws were potentially violated.

Under Pennsylvania law, it is at minimum a first-degree misdemeanor to “sell, lend, distribute, transmit, exhibit, give away or show any obscene materials to any person 18 years of age or older.” Pennsylvania law also makes it a third-degree misdemeanor for anyone to photograph or film someone without their consent while that person is fully or partially nude and in a place where the person would expect privacy.

The law considers it a separate crime for each victim, or if the same victim is photographed or filmed on separate occasions. More than one violation of the law makes the crime a second-degree misdemeanor.

Spotlight PA asked whether campus police could determine that no minors were involved in the videos or photographs that were shared. The university would not provide an answer.

Title IX is a federal law barring sexual harassment or discrimination based on gender in all federally funded educational settings. Under Penn State’s Title IX policy, coaches and assistant coaches are mandatory reporters if they learn of a potential violation.

Penn State policy defines sexual exploitation to include “non-consensual visual or audio recording of sexual activity; non-consensual display or distribution of photos, images or information of an individual’s sexual activity or intimate body parts,” among other things.

Penn State said in a statement that “the proper entities within the University were appropriately notified in a timely manner, including the Title IX Office and the Athletics Integrity Office, among others.” However, the university would not answer a question about whether a Title IX complaint was filed.

The university would not answer a follow-up request for a list of all offices that were notified, nor would the university answer a request to provide more specific information about when those offices were alerted to the situation.

The Clery Act, signed into law in 1990, requires universities and colleges to report crime statistics related to sexual assault, burglary, hate crimes, domestic violence, stalking, and intimidation, among others. The law requires Penn State to send “timely warnings” to its campuses when Clery Act offenses are reported.

The university said it was “not aware of any Clery-reportable crimes associated with this investigation, and a timely warning is not required.”

Spotlight PA asked for a copy of any information shared with students or student athletes notifying them about the situation.

Penn State would not provide the requested information.

You can send tips or questions about the case to Massey at wmassey@spotlightpa.org or 445-236-0562. See more secure ways to reach him here.