A ‘lost opportunity’: Pa. and Del. are discontinuing their COVID-19 exposure apps 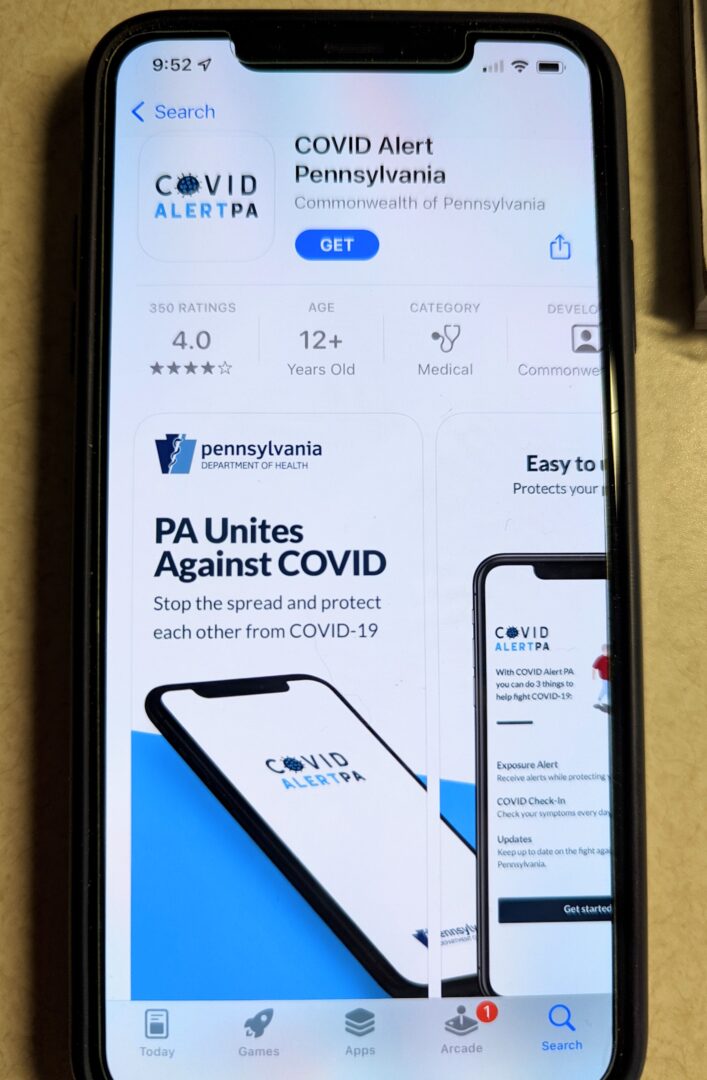 It may be time to delete another app on your phone.

Pennsylvania has discontinued its COVID-19 exposure app, and Delaware plans to discontinue its COVID exposure alerts in the coming months.

The Pennsylvania, Delaware, and New Jersey health departments launched their respective apps in 2020 as part of an effort to prevent the spread of the virus.

The apps use bluetooth technology to track whether one user has been in close proximity to another who reports a positive COVID-19 test to the app. Unlike traditional contact tracing, even strangers can be alerted about a possible exposure.

Unlike its neighboring states, New Jersey plans to continue operating its app, for now. However, Pennsylvania’s and Delaware’s health departments say the app is no longer critical.

“Every case in Delaware comes through our lab, and we are able to send them a text notification. We are able to do that, and say, ‘Hey, you’re positive,’ and we can give them the guidance right there,” Johnson said. “So, we’re actually taking on some of that role that we didn’t have before, when we needed that app, and now we can do [ourselves].”

She said the app will likely be discontinued in about two months.

The Pennsylvania Department of Health did not agree to an interview with WHYY News, but spokesperson Maggi Barton said in an email that the app is no longer necessary because more people are educated about COVID-19.

“Now, more than ever, residents are familiar on what COVID-19 symptoms are, where to find a test (whether a PCR test or a test they take in the comfort of their home), and what those next steps are after testing positive like isolating and quarantining,” she said. “People using at-home tests are encouraged to notify the people they have come in contact with to notify them of potential exposure.” 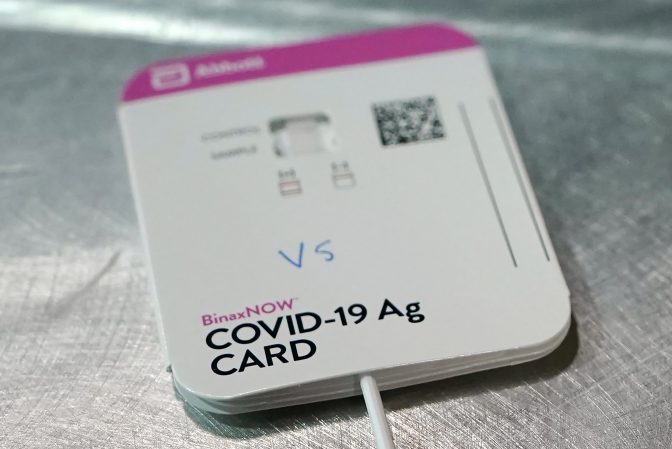 The Food and Drug Administration authorized Abbott’s BinaxNOW (seen in photo) and Quidel’s QuickVue COVID-19 tests to be sold without a prescription for consumers who want to test themselves repeatedly at home.

She said that contact tracing efforts continue without any further assistance from the app, and that the department has continued to “adapt and build long-term supports and resources” during the pandemic.

As recently as this week, the Philadelphia Department of Public Health issued guidance to COVID-19-positive residents encouraging them to conduct their own contract tracing. The digital flier also encouraged them to download the soon-to-be discontinued app.

Public health experts who spoke to WHYY News said discontinuing the apps might make sense if there’s no proven value. In order for them to be successful, they said, six things must happen: Both people involved in transmitting COVID-19 must be on the app; the app must work; testing must be substantial; positive test results must be entered into the app rapidly; and after someone gets notified that they’ve been exposed, they must be willing to quarantine.

An Oxford study found that if 15% of the population used exposure notification tools, the number of infections and deaths would go down by 8% and 6% respectively, “effectively complementing traditional contact tracing.” Only around 8% of Pennsylvanians downloaded the app throughout the pandemic, while about 15% of Delawareans were active users this week (though those figures could be skewed if people outside the state sign up).

There were 4,853 cases of COVID-19 reported to Pennsylvania’s app, leading to 2,845 exposure alerts. There have been more than 2.5 million confirmed COVID-19 cases in Pennsylvania.

“It wasn’t really supplementing [the health department’s] efforts, because it’s really only capturing less than 1% of cases, and then a small fraction of the contacts,” said Dr. Abby Rudolph, a professor of epidemiology and biostatistics at Temple University College of Public Health.

Dr. Joanna Masel, a data scientist at the University of Arizona who has studied the apps, said it’s difficult to judge an app’s success or failure based on those numbers alone, however.

“If you were one of the people who got that alert, and you tested positive subsequently, and getting the alert stopped you visiting somebody who was vulnerable, who was elderly or immunocompromised, then you did a really good thing and some good was done,” Masel said.

It’s unknown how many people who received an exposure notification developed COVID-19, or how many of them would have been notified even without the app, Masel said.

“Maybe it was their partner who exposed them, or a household member, in which case they’re going to know anyway,” she said. “So that number isn’t enough to judge how much good is done. It doesn’t seem like a large number, but you never know, maybe it did save a life.”

The apps could have been more successful had they been implemented better, Masel argues. For example, allowing people to opt-out instead of requiring them to opt-in would have encouraged more people to sign up, she said.

Another flaw during implementation was that users were only notified of an exposure if they were close to a person for 10 to 15 minutes, Masel said. However, some health experts say a person could catch COVID-19 during a shorter interaction.

Masel also said that states should have offered self-reporting on the app from the beginning of development. Instead, when a person tested positive, a state contact tracer provided a code for them to enter, which Masel argues is a problem if there aren’t enough contact tracers.

She said that allowing users to check in at venues with QR codes also would have been more effective at stopping the spread. This option was utilized in the United Kingdom.

“These exposure notification systems, I think, were an enormous lost opportunity,” Masel said. “And I would hope that we would try again and do them better for the next pandemic, taking into account lessons learned not just about how to build the tech, but also how to implement it so that it’s most effective.”

Monkeypox FAQ: How contagious? Are kids at risk? If you had chickenpox are you safe?