How hot is it? More than 85 million Americans are under heat-related advisories

The heat wave stretches from the mid-South up through the mid-Atlantic and Northeast. 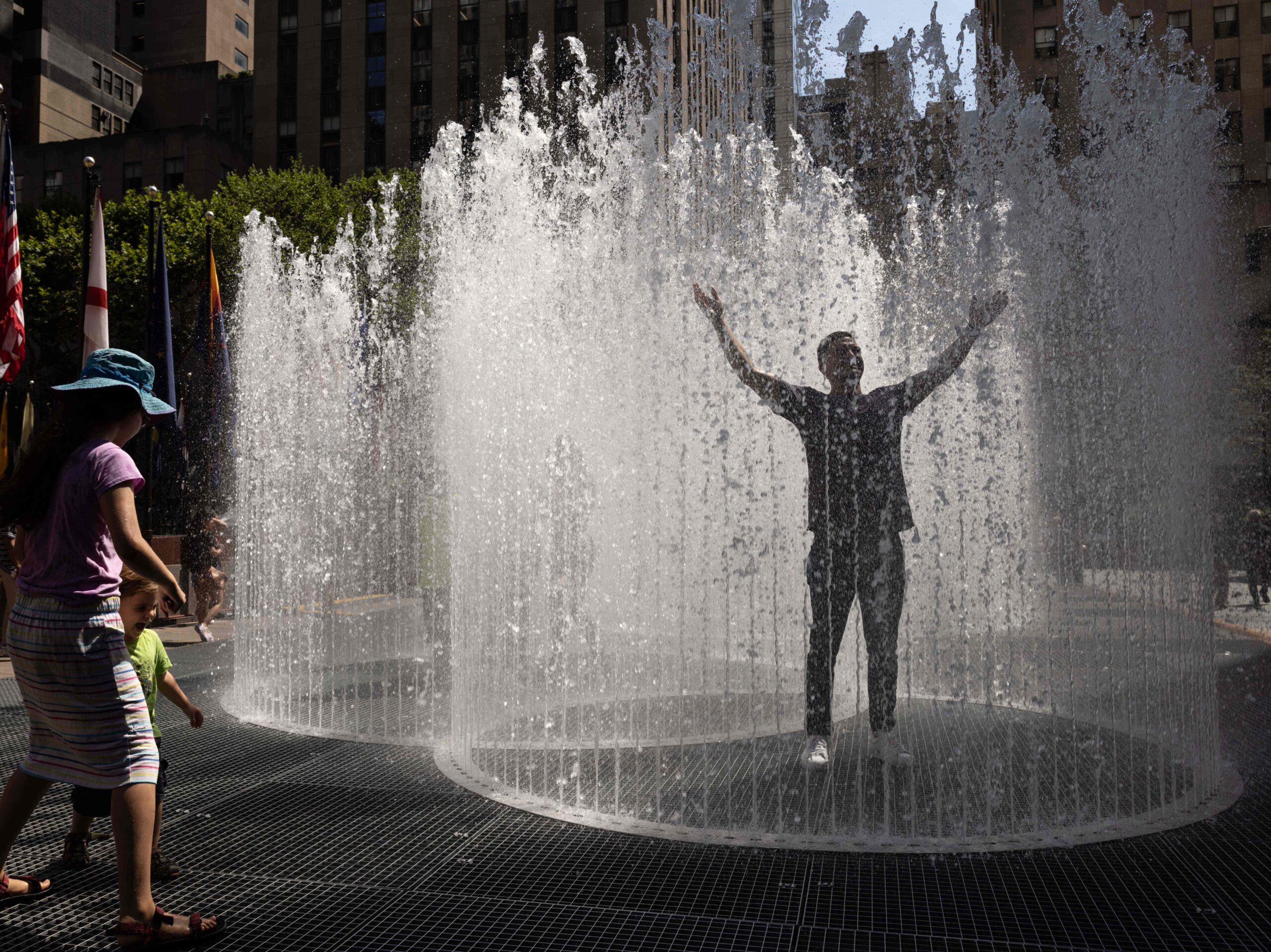 If you’re trying to beat the heat, you’re far from alone. More than 85 million Americans are under excessive heat warnings and heat advisories on Sunday, and many places in the Northeast will likely match or break record-breaking high temperatures, according to the National Weather Service.

The heat wave stretches from the mid-South up through the mid-Atlantic and Northeast. In many places, temperatures were approaching triple digits, prompting warnings and emergency measures by officials in multiple states.

While summer is traditionally the season for heat, the temperatures people are experiencing today are not the same as those from decades past.

The warming climate means that today’s heat waves are more intense and they are lasting longer too. The heat waves season has increased by more than 40 days since the 1960s for many U.S. cities, according to the latest national climate assessment by the U.S. Global Change Research Program. 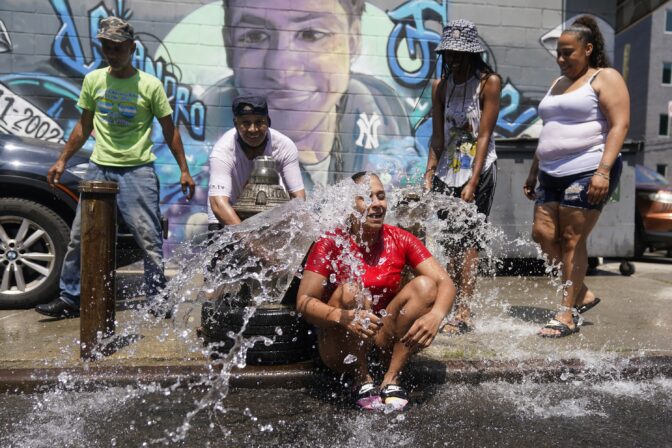 Jennifer Pagan, center, reacts as she sits in front of an open fire hydrant in The Bronx section of New York, Friday, July 22, 2022.

For some, it hasn’t felt this warm in decades

A heat advisory remains in place for New York, where the National Weather Service warned that the heat index — what the temperature feels like — could reach 100 to 105 degrees in some areas. That would make the city feel nearly as warm as it did on July 9, 1936, when the temperature set a record of 106 degrees. At least one person died from heat-related issues on Saturday, according to The New York Times.

In Boston, the expected high for Sunday is 99 degrees, which would break the daily record of 98 degrees set in 1933. The forecast caused the Boston Triathlon that was originally scheduled for Sunday to be pushed to the end of August. In a statement, organizers cited the “current historic weather conditions that are impacting Boston.”

In neighboring Rhode Island, temperatures reached 96 degrees in Providence by early afternoon and broke the previous record high of 94 degrees that was reached last in 1987.

As part of its advisories surrounding the weekend’s high temperatures, the National Weather Service reminded people that exercising in extreme heat should be limited when possible and that everyone should try to stay hydrated.

Relief is in sight for those in the Northeast, thanks to an approaching cold front. Temperatures are expected to cool off starting Monday night. 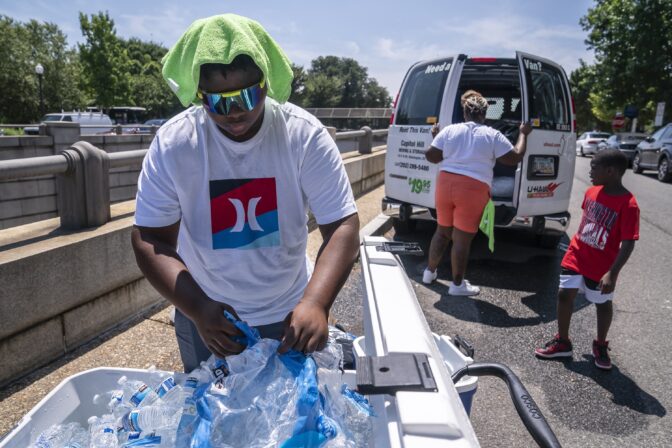 Amir Brown, 15, left, loads a cooler with ice and water while his mother Nicole Brown, center, sets up her beverage stand near the National Mall on Friday, July 22, 2022, in Washington.

It could be a summer for the record books in Texas

The National Weather Service said the “unpleasant heat” that so many are experiencing extends down to the Southern Plains and Southwest. In Texas, the National Weather Service has been warning residents about the extreme heat for much of July. Houston has had so many 100-degree days so far this year, that forecasters there predict this summer will move into the top five of 100-degree day count.

A prolonged heat wave in the West

Residents of the Pacific Northwest are likely to be in a “prolonged heat wave” that is expected to peak in the second half of the week.

“Daily record high temps are possible from northern California to the Portland and Seattle metro areas by this coming Tuesday,” the NWS said.

The high temperatures are expected to stick around all week, leaving places like Seattle with the potential for temperatures topping 90 degrees for record-breaking streaks.