County election workers say they should have more time to open and sort mail-in ballots, but lawmakers have so far failed to approve such a change. 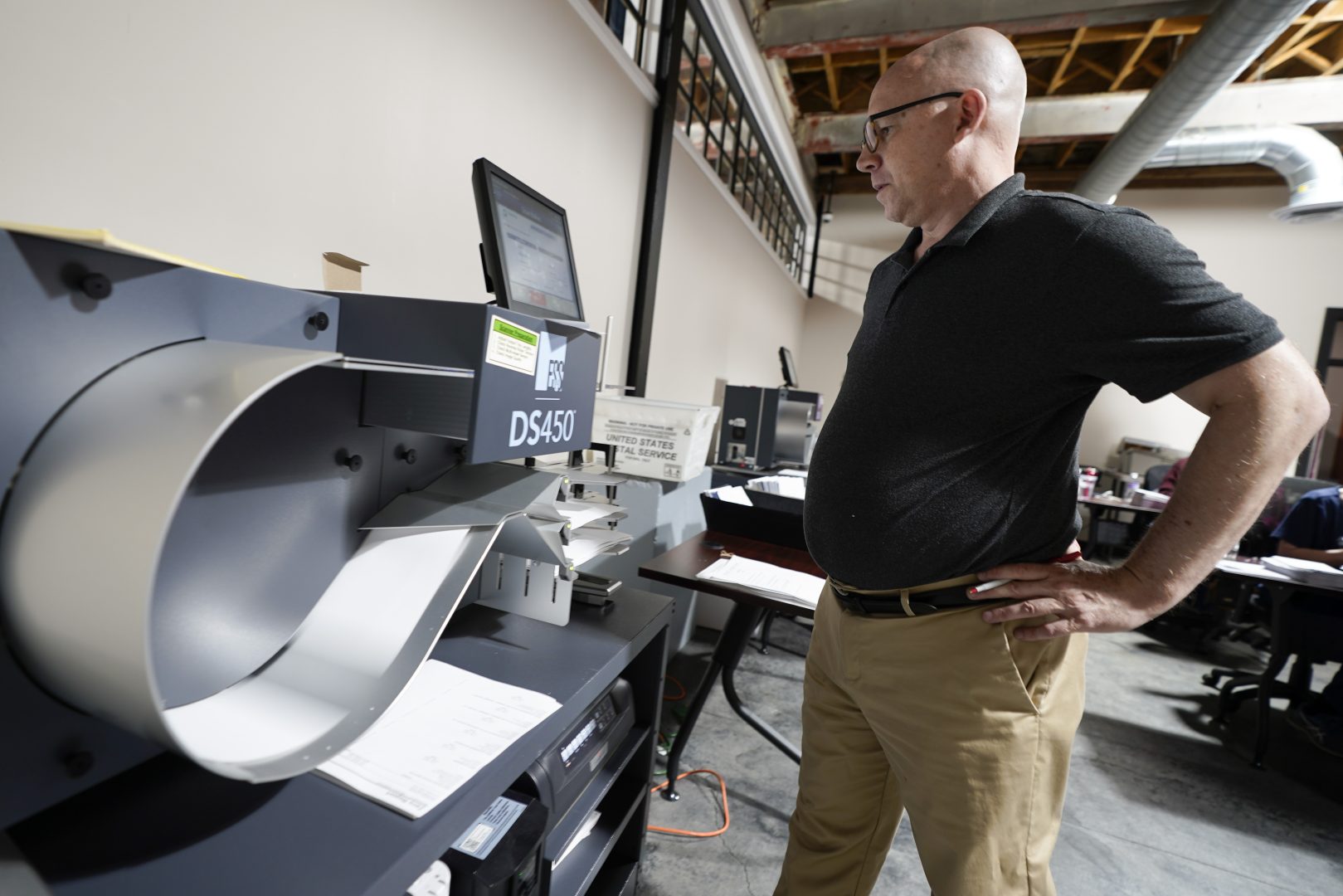 Pennsylvania county election departments have been clamoring for a legal change they say would ease the pressure of ballot processing and counting. Though the GOP-controlled General Assembly has offered up the change in several bills, the idea remains in procedural limbo.

Counties have said they want to open and sort mail-in ballots, a process known as pre-canvassing, before Election Day. Right now, workers process several million mail-in votes each election, but can only start doing so once polls open.

In the 2018 midterms, county workers processed just over 205,000 mail-in votes. That was before lawmakers opened up mail-in voting to all registered voters under Act 77 of 2019.

The County Commissioners Association of Pennsylvania, a group that lobbies the legislature on behalf of all 67 counties, has made more pre-canvassing time one of its policy priorities in 2021 and 2022. The organization has also asked lawmakers to set an earlier deadline for returning mail-in ballot applications – to no avail.

“These two changes alone would resolve a significant portion of the challenges counties experienced implementing mail-in ballots in 2020 and 2021,” the group wrote in its 2022 legislative priorities document. “[They] would significantly improve the vote experience as well as the likelihood that results could be provided in a more timely manner.”

State Rep. Seth Grove (R-York), who has spearheaded bills that have included the idea, supports giving election workers more lead time. But during a news conference Tuesday, Grove explained Republicans aren’t willing to back the idea unless other changes are approved as well.

The York County Republican chairs the House State Government committee, which is tasked with determining the fate of nearly all election bills in that chamber.

“Without security provisions within the mail-in ballot system, there are no votes in the House Republican caucus for pre-canvassing,” he said. “That is not a solution in itself, and that’s why there haven’t been votes to just do pre-canvassing.”

HB 1300, which Grove authored and introduced last year, offered a litany of election law tweaks. It would have allowed counties to start processing mail-in ballots five days ahead of in-person voting – and would have set the application deadline for those ballots to 15 days before an election, instead of just a week before.

But the bill would have required voters to show identification before every election. It also would have asked election workers to rely more heavily on signatures to verify a voter’s identity.

Signature verification is sometimes used as a reason to reject a voter’s ballot. While 27 states verify signatures on mail-in ballots, only 24 allow voters to fix signature issues before polls close. Pennsylvania’s Supreme Court ruled in 2020 that election departments couldn’t reject ballots on the issue of signature matching alone.

There is no evidence of widespread voter identification fraud in Pennsylvania. Judges, legal experts and election authorities have repeatedly shown Pennsylvania’s election system delivers accurate results, including in 2020.

HB 1300 was vetoed by Gov. Tom Wolf last summer, in part because the Democrat objected to voter ID law changes that he called “excessive and burdensome.” Though lawmakers like Grove have criticized the move, neither chamber has attempted to override Wolf’s veto.

“By vetoing the legislation, he [Wolf] made himself the sole obstacle to historic reform,” Grove said.

Another Grove-sponsored bill, HB 1800, is a slightly-updated version of the same bill Wolf vetoed. It’s been in a procedural holding pattern in the House since last month.

Both are products of a series of hearings the chamber held last year that examined concerns about Pennsylvania’s election system – which were most prominently raised by former President Donald Trump. Trump’s campaign sued over many of the alleged issues in state court, but lost nearly every challenge for lack of evidence.

Other lawmakers like Sen. Dave Argall (R-Schuylkill) have introduced bills that would only change pre-canvassing and mail-in ballot application rules. But Argall’s measure has sat in the Senate State Government committee, which he chairs, for months.

Grove on Tuesday pointed to other things the legislature has done to try and help county election departments: $45 million in the recent state budget agreement, for instance, that’s been set aside to pay counties back for voting expenses.

That money is designed to incentivize workers to process ballots quickly: they’d have to post unofficial results by midnight on the day after an election to qualify for the cash. Those results could be partial if ballot counting isn’t finished by that time.

“Those are the provisions. We supplied money to do it, and Wolf agreed,” Grove said of the money.

Rep. Grove (R-York) is among the several dozen lawmakers who signed a letter asking Congress to object to Pennsylvania’s 2020 electoral college vote — despite no evidence that would call those results into question.

Fetterman: '100% able' to run for Pa. Senate after stroke