State Rep. Summer Lee, who is seeking the Democratic Party nomination for Pennsylvania's 12th District U.S. Congressional district, speaks to supporters before being endorsed by Sen. Bernie Sanders, I-Vt., during a campaign stop in Pittsburgh, Thursday, May 12, 2022.

Pennsylvania Democrats may be facing a tough November, but they aren’t going in empty-handed

However dismal the party's prospects appear to be nationwide, new campaign finance records suggest they have had little financial impact on Pa. Democrats running for Congress. 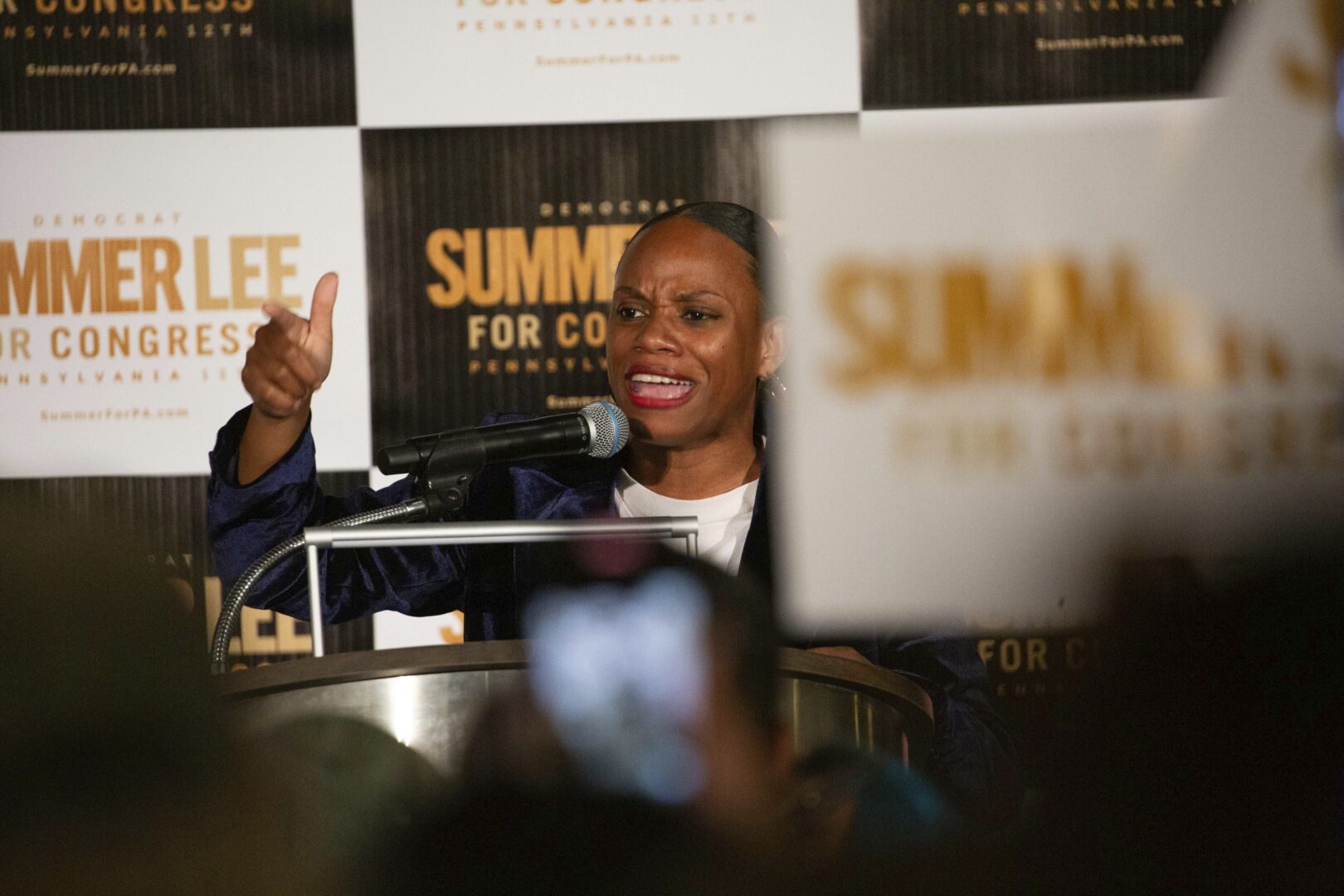 State Rep. Summer Lee, who is seeking the Democratic Party nomination for Pennsylvania's 12th District U.S. Congressional district, speaks to supporters before being endorsed by Sen. Bernie Sanders, I-Vt., during a campaign stop in Pittsburgh, Thursday, May 12, 2022.

Political pundits expect Democrats to have tough sledding in this fall’s midterm elections, thanks to concerns over inflation and historically bad polling for President Joe Biden. But however dismal those prospects appear to be nationwide, new campaign finance records suggest they have had little financial impact on local Democrats running for Congress.

Senate candidate John Fetterman’s strong fundraising performance has attracted considerable attention in his race against Republican Mehmet Oz. But the financial picture isn’t bad for down-ballot Democrats, such as Chris Deluzio, who is running against Jeremy Shaffer in the 17th Congressional District.

Money doesn’t always translate into votes, of course, and the 17th District, which includes Beaver County and a broad swath of Allegheny County’s suburbs, is considered a key toss-up this November. Reports filed late last week show that going into the summer, Shaffer had a decidedly larger campaign warchest: He had $937,388.27 as of June 30, to Deluzio’s $348,089.50.

But that edge stems entirely from the $1 million Shaffer has loaned to his own campaign. When it comes to raising money from outside sources, Deluzio has a notable advantage: He netted $419,479.25 during the period, more than twice Shaffer’s $200,266.82. And while Shaffer drew most of his backing from his own bank account, Deluzio tapped a nationwide network of Democrats, almost entirely due to ActBlue, the Democrat’s online contribution tool. 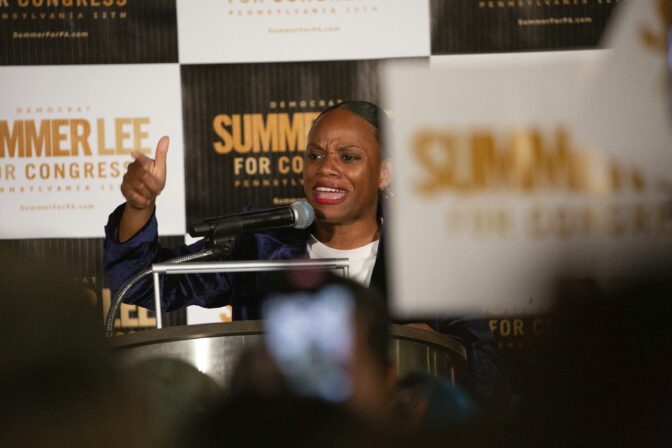 State Rep. Summer Lee speaks to supporters before being endorsed by Sen. Bernie Sanders, I-Vt., during a campaign stop in Pittsburgh, Thursday, May 12, 2022.

Deluzio also was boosted by national labor unions and progressive groups such as VoteVets, a left-leaning organization that supports progressive military veterans. (Deluzio previously served in the Navy.) Shaffer, meanwhile, drew backing from a number of business groups and Republican causes, including committees tied to current Pennsylvania Congressman Guy Reschenthaler and Glenn Thompson.

In Allegheny County’s other competitive House race, 12th Congressional District Democratic nominee Summer Lee enjoys a strong cash lead over Republican rival Mike Doyle, who is not related to the outgoing Democratic incumbent with the same name. Lee raised $337,469.75 during the period — nearly 10 times Doyle’s $35,035 — in the Pittsburgh-centric district.

Lee faced a bruising five-way primary race that saw millions in outside spending, while Doyle was unopposed on the Republican ballot. So she launched the summer with $167,616,62 in cash — a more modest advantage over Doyle’s $42,795.33. But as befits a campaign that stressed its grassroots base, roughly 40 cents of every dollar Lee raised was in small-dollar donations of less than $200. That means she can draw on that base of support again if the race should become competitive without having to give much thought to contribution limits.

Lee’s campaign also caught the interest of Democrats nationally: About one-third of her fundraising can be traced to out-of-state individuals, and she received support from national political committees actively defending abortion rights and other liberal causes. Doyle’s biggest donor was a committee tied to House Republican leader Kevin McCarthy.

The local race where Republicans have the clearest advantage is in the 16th District north of Pittsburgh. Butler congressman Mike Kelly raised $248,638.54 and finished June with $1.26 million on hand. His Democratic rival, Dan Pastore, raised $92,145.80, leaving him with $166,767.57 in the early summer.

Not surprisingly for a decade-long incumbent, Kelly raised the vast majority of his money — over 80 cents of every dollar raised — from political committees, many tied to industry groups. Several represent players in the healthcare and insurance industry: Kelly sits on a subcommittee that oversees health payments and health delivery systems.

Pastore, meanwhile, mostly drew from individual donors, though he received $2,500 from a political committee tied to Democratic Senator Bob Casey.