Pa. GOP candidate for governor Doug Mastriano paid $5,000 to website used by the far right and the Tree of Life shooter

The payment was disclosed in a routine financial disclosure filed by the Mastriano campaign for the month of April. 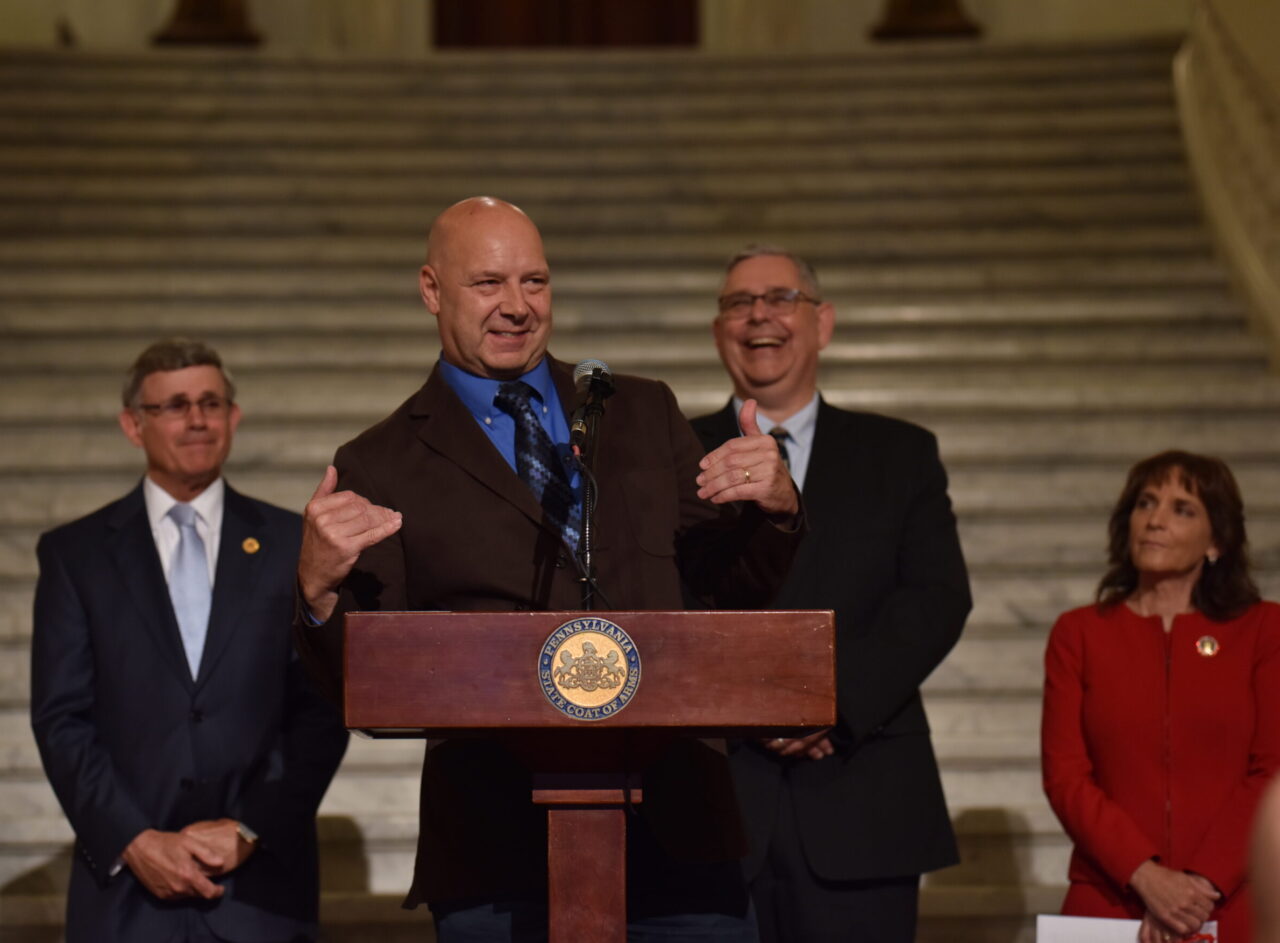 Update: The Huffington Post reports that Sen. Doug Mastriano’s campaign may be paying for followers on the social media platform, Gab. That reporting can be read here.

Pennsylvania Sen. Doug Mastriano’s campaign for governor in Pennsylvania paid $5,000 for “consulting services” to Gab, a social media platform that provides a home for conspiracy theories and antisemitic content.

Gab is the website used by Robert Bowers, who is charged with killing 11 Jewish worshippers at the Tree of Life synagogue in Squirrel Hill in 2018. Bowers routinely posted antisemitic content on Gab before the shooting, according to archives of the posts.

The payment was disclosed in a routine financial disclosure filed by the Mastriano campaign for the month of April. Mastriano’s campaign didn’t respond to an email requesting comment.

But Gab founder, CEO and majority owner Andrew Torba said in an email that Mastriano’s $5,000 campaign payment on April 28 was for an advertising campaign. Torba has said he started the site as an antidote to mainstream social media sites that he believes are too liberal. 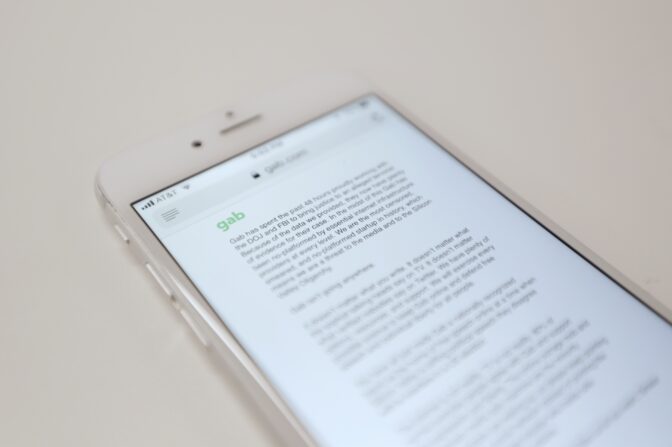 During an interview with Mastriano posted on Gab on May 2, Torba warned Mastriano that he would likely be criticized for agreeing to be interviewed on Gab. “You may even get called a smear for doing this interview with me. So brace yourself for that,” Torba told Mastriano.

Mastriano expressed no reservations during the 16-minute interview about the content on Gab and thanked Torba for providing a space for conservative voices like his own. Mastriano has routinely declined interviews with mainstream media outlets and has barred some media from some campaign events.

Mastriano has posted 66 times on Gab since he joined it in February. A recent post on July 9 — a criticism of Democratic economic policies — received 157 comments. At least two dozen of those responses — the most common response by far — were antisemitic insults about state Attorney General Josh Shapiro, the Democratic candidate in the race for governor. Shapiro is Jewish.

The response to the post is typical of Gab content, according to a number of media reports and academic studies about the site. Although the site’s founder says its purpose is to provide a haven for free speech, in practice that has meant the site often has been dominated by conspiracy theories and hate speech.

Torba himself has openly promoted white nationalist content and conspiracies on Gab, according to a New York Times report. After the recent mass shooting in Buffalo where a gunman targeted Black shoppers at a supermarket, Torba encouraged Gab members to marry and have babies only with other white people. Gab has actively courted Qanon supporters.

Gab advertises that its site includes tools to block users and filter out specific comments and subject matters. The Mastriano campaign didn’t respond to questions about whether it had tried to block or remove the antisemitic comments. 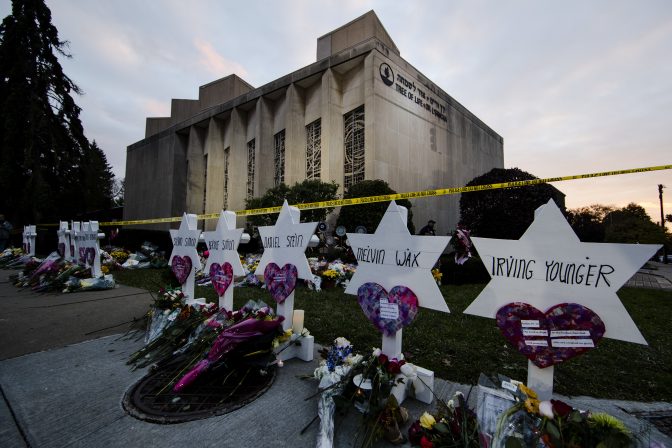 FILE – A makeshift memorial stands outside the Tree of Life Synagogue in Pittsburgh, Monday, Oct. 29, 2018 in the aftermath of a deadly shooting at the synagogue. (AP Photo/Matt Rourke, File)

Will Simmons, a spokesperson for Shapiro, said in an emailed statement that the affiliation with Gab is typical of Mastriano’s extremism. Mastriano has voiced support for unproven claims about election fraud and attended the insurrection at the Capitol on Jan. 6, 2021, though he stayed behind police lines and did not enter the Capitol during the riot.

“Doug Mastriano has proven again that he is unfit to be governor by bankrolling and accepting the endorsement of the hateful organization that empowered the Tree of Life shooter to spread antisemitic, white nationalist rhetoric before murdering 11 Jewish people in Pittsburgh,” Simmons wrote.

The Shapiro campaign didn’t respond to questions about whether it is taking precautions because of the antisemitic content posted about him on Gab.

But Pittsburgh attorney Steve Irwin, who recently lost a close primary for the Democratic nomination in the 12th Congressional District, said he’s worried that Mastriano’s relationship with Gab could have unintended consequences. Irwin, who has served in leadership roles for the Anti-Defamation League and is Jewish, said he believes Mastriano thinks he needs extremist voters to win.

“And frankly, he embraces it and he leans into it. He realizes that’s what he’s got to do, and he’s doing it. And this is, it’s just unconscionable,” Irwin said.

On May 2, a few days after Mastriano’s payment to Gab, Torba interviewed Mastriano on the video posted on Gab. And then on May 12, Torba endorsed Mastriano to the website’s more than three million followers. Torba, a native of Scranton, runs his company out of nearby Clarks Summit, in Lackawanna County. He said his endorsement of Mastriano in the Republican primary had nothing to do with Mastriano’s campaign payment to his company.

Torba said other politicians have advertised on Gab without gaining his endorsement. Torba forwarded an article by Media Matters with the headline “Multiple Republican Politicians have been running ads on Gab, a haven for white nationalists.” The article posted screenshots of advertisements on Gab from four Republican party officials and candidates, including U.S. Rep. Marjorie Taylor Greene of Georgia and Rep. Paul Gosar of Arizona.

Kathy Barnette, the unsuccessful candidate for the Republican nomination for the U.S. Senate in Pennsylvania, was the only other candidate besides Mastriano who Torba endorsed. Torba said he endorsed candidates due to their open support of the Christian religion and not because of their advertisements on his site. 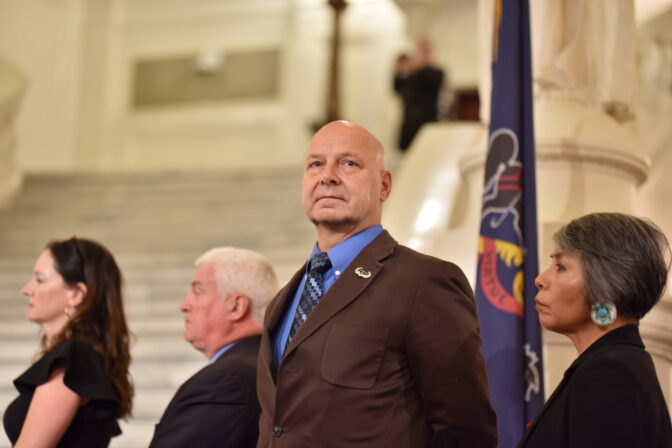 Tree of Life shooter on Gab

Antisemitic violence is at an all-time high in Western Pennsylvania, according to the Anti-Defamation League. There were more than twice as many antisemitic incidents in 2021, compared to 2017.

Irwin said he worries that Mastriano’s support of a website that hosts posts from extremist groups could embolden some of its users.

The Tree of Life shooter found encouragement for his posts on Gab. Shortly before entering the synagogue, the accused shooter posted on Gab: “I can’t sit by and watch my people get slaughtered. Screw your optics, I’m going in.”

After the Tree of Life shooting, Gab says it cooperated with authorities, took down the shooter’s posts and condemned the violent attack. But the site continued to carry antisemitic content while it ran into an array of financial difficulties, as its web hosting company, GoDaddy, and payment processors such as PayPal refused to do business with the company.

Gab’s assets decreased from $1.2 million in 2018 to around $600,000 in 2019, according to a company filing with the U.S. Securities and Exchange Commission in 2020. The Apple and Google stores also removed the company’s apps, according to the filing. The site has since started an encrypted messaging service that at least one law enforcement agency worried could become a haven for white nationalist plots.

Shapiro investigated Gab in his role as Pennsylvania Attorney General after the Tree of Life shooting but ultimately dropped the probe a year later.

Three things to know about health insurance coverage for abortion