The plan still has a ways to go before it reaches Gov. Tom Wolf’s desk. 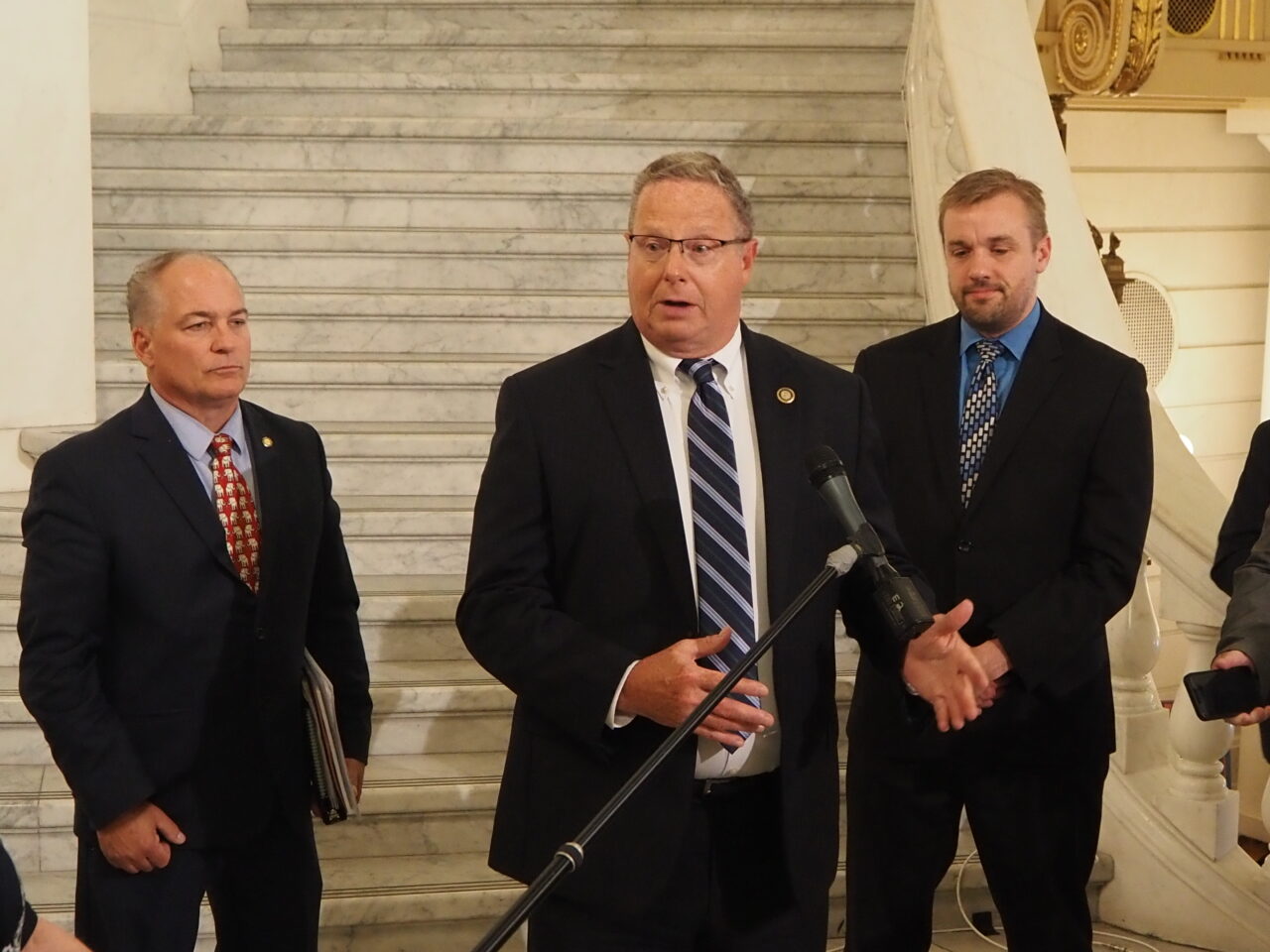 Pennsylvania House lawmakers shared the details of a $45 billion state budget agreement Thursday afternoon. Shortly after, the lower chamber voted 180-20 in favor of the spending blueprint.

The plan would spend an additional $1.2 billion over last year – but money from the state’s tax coffers would fund most of the increase. Almost $43 billion would come from state taxes, compared to $39 billion last year. The state Treasury has amassed a more-than $5 billion tax surplus since last June.

If both chambers and outgoing Democratic Gov. Tom Wolf agree to the proposal, dozens of state programs and services would benefit from the sizable uptick in spending.

“The amounts are significant and it puts us [on] good footing,” Republican House Majority Leader Kerry Benninghoff (R-Centre) said.

Here are some of the highlights:

-The state’s emergency savings account would get a more than $2 billion boost – something both parties signaled agreement on a few weeks ago.

–Each of Pennsylvania’s 500 K-12 public school districts would get a share of $750 million in increased funding and nearly $94 million more for special education efforts.

-$225 million of the additional funding would go to the 100 lowest-funded districts. Schools would also get $124 million more for student transportation costs.

–Nearly two dozen efforts would receive some of Pennsylvania’s $2 billion in leftover federal American Rescue Plan money. Those include:

-$45 million would also be set aside to help counties pay for some of their election costs. According to a press release from House Republicans, the additional funding can only be used for “voter registration, election prep, administration, advertising and conduct of the election, promotion of voter participation, or auditing election results.” Each county would also have to produce a report detailing the costs.

“We don’t currently provide funding to counties for elections,” Democratic House Leader Joanna McClinton (D-Philadelphia) said. “[But] we see how delicate and fragile our democracy is. It’s very good on our end to be stepping up in this way.”

The new funding won approval in the House despite a GOP-backed condition: counties would not be able to use money from private sources to fund their operations, as some did in 2020.

Republicans backing the idea say, without evidence, that $25 million in grant money roughly two dozen counties received during the 2020 election influenced the outcome. Both Republican and Democratic counties applied for and received the grant funding.

The group behind the grants known as the Center for Tech and Civic Life, backed by Meta CEO Mark Zuckerberg, has said the extra cash helped election departments pay for supplies and workers they needed due to the COVID-19 pandemic. Reporting by APM Reports confirmed that. Though Congress gave around $400 million to election departments around the country two years ago, workers said it was just one-tenth of what was needed.

McClinton said as long as the state is pitching in for election administration, private money isn’t as important.

“The big key is that Pennsylvania is stepping up to help the counties in this effort,” she said.

Rep. Malcolm Kenyatta (D-Philadelphia) added the state funding was one of a number of compromises both parties hammered out this week.

“This is the sausage-making process, and ultimately, I think we have something on the whole that people can be happy with,” he said.

Lawmakers still have some work ahead of them. They’ll need to approve a number of code bills in order for the budget deal to take effect. Then, Gov. Wolf will have to weigh in. He has the power to veto any expense he doesn’t like.

But so far, Wolf’s office has praised the deal.

“We’re pleased the House has put forth and overwhelmingly approved this bipartisan plan, which includes the governor’s call for historic increases to education and focuses on other key areas that the governor has prioritized in his own budget proposal,” spokeswoman Beth Rementer said.

Signs of trouble emerge in talks on late Pennsylvania budget