GOP Rep. Matthew Dowling was charged June 30 by state police in Uniontown with misdemeanor driving under the influence, along with traffic offenses. 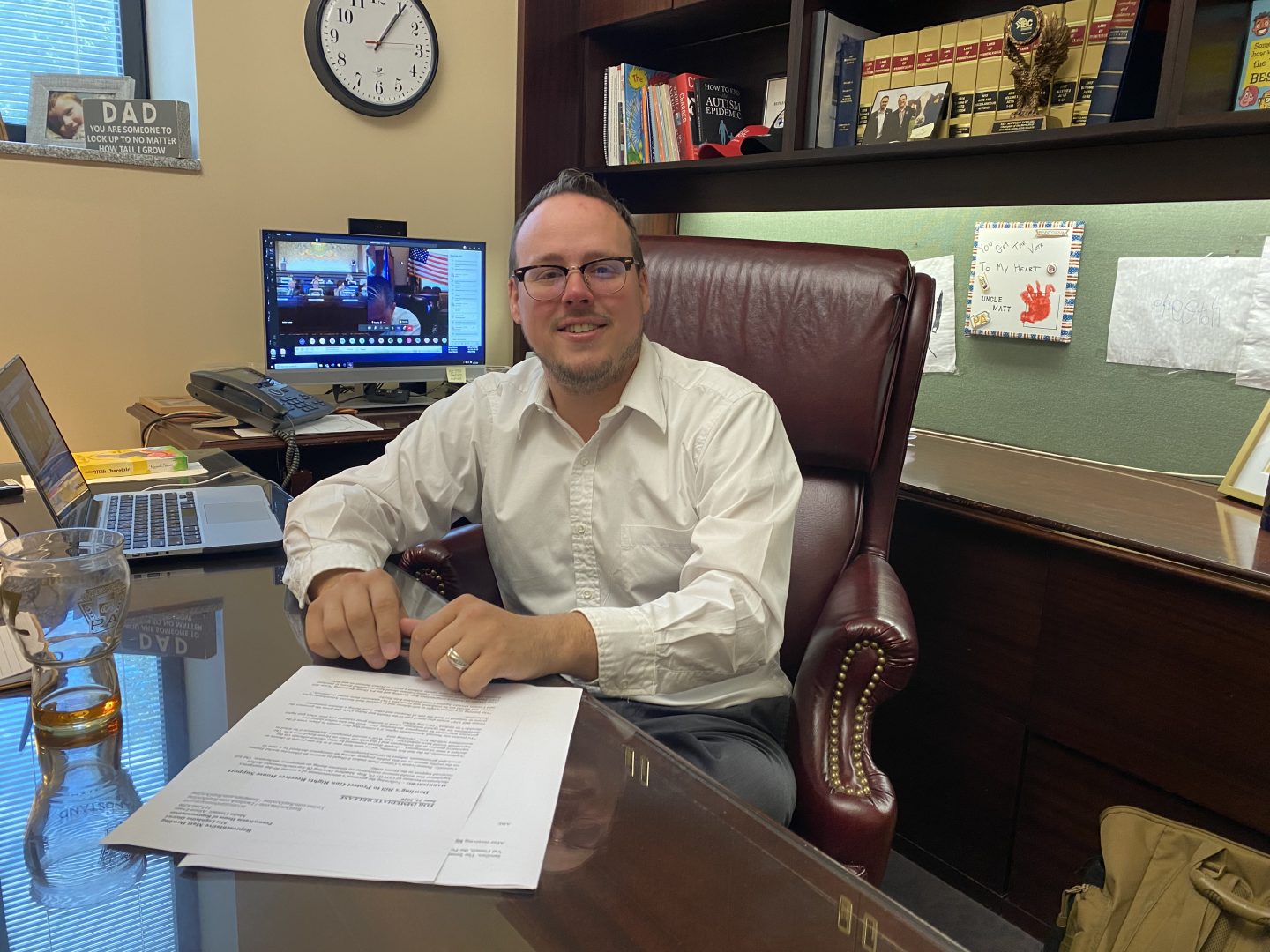 A state lawmaker from western Pennsylvania removed his name from the ballot for reelection after police filed a drunken driving charge against him last week.

Rep. Matthew Dowling, R-Fayette, was charged June 30 by state police in Uniontown with misdemeanor driving under the influence, along with traffic offenses.

“I made the decision not to seek reelection in light of the alcohol use that I was seeking voluntary treatment for and in light of the accident that I had, with some pending DUI charges,” he said in a phone interview Tuesday. “I thought that it would be easiest and best for my mental health and my family that I bow out of the election this year.”

The crash occurred during the early afternoon on June 4, when Dowling allegedly rear-ended a vehicle at a red light. When the drivers pulled over to exchange information, Dowling allegedly drove into the vehicle a second time, according to an affidavit.

In the affidavit, one of the emergency medical responders said when personnel arrived Dowling was seen sitting in the grass with no shoes on and he “exhibited an altered mental status, poor balance, slurred/delayed speech, and she smelled the odor of an alcoholic beverage emanating from him.” Later on the day of the crash, Dowling told police he did not remember a car crash or remember speaking with the other driver.

Dowling’s blood alcohol content was found to be .27%, which is more than three times the legal limit for driving in Pennsylvania.

Dowling said he entered a voluntary, month-long treatment program in a Pennsylvania rehabilitation facility the day after the wreck.

The Republican Party has until Aug. 25 to nominate a substitute to run against Democratic candidate Richard Ringer, a spokeswoman for the Department of State said.

Dowling was first elected in 2016.