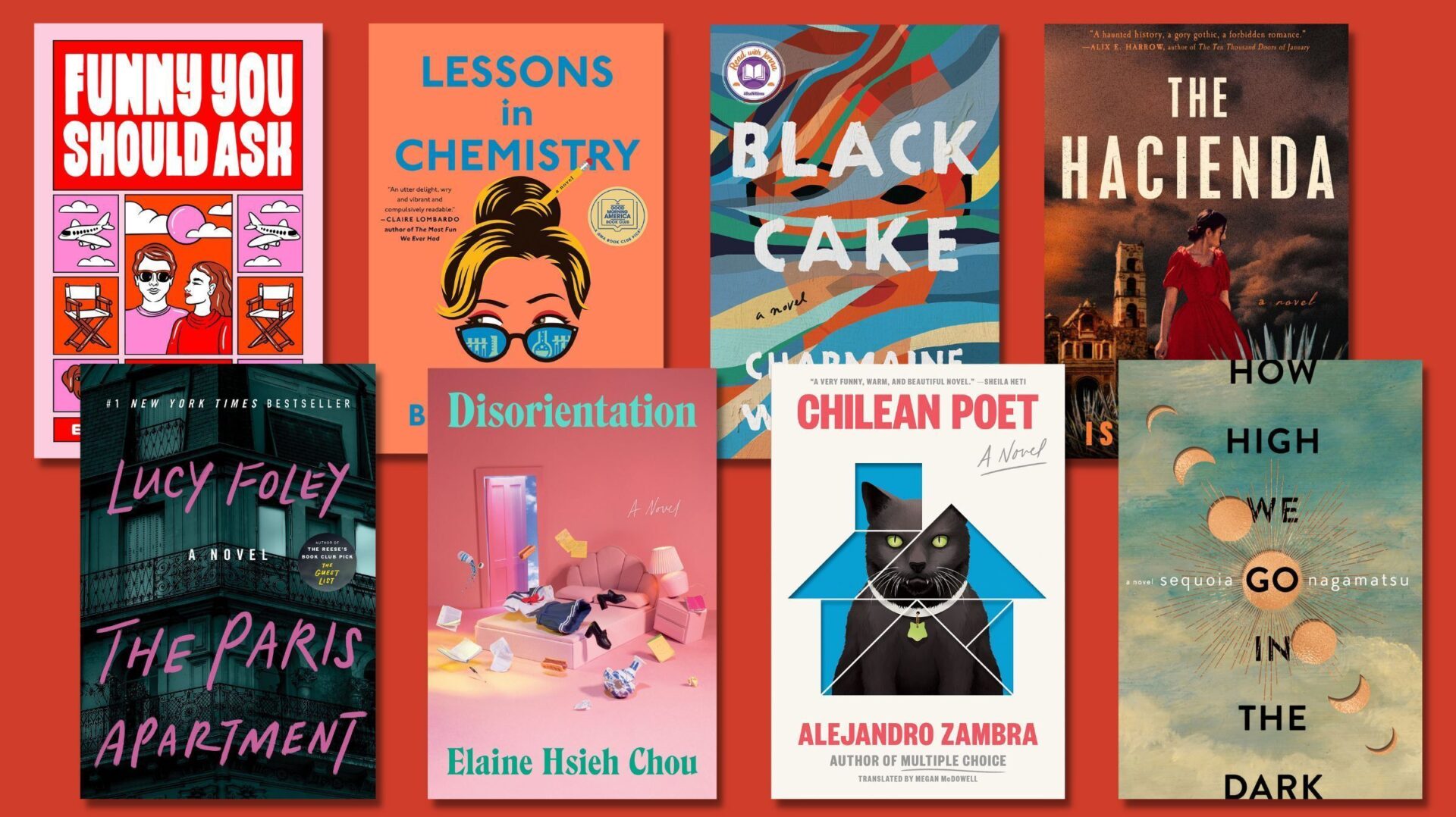 (Undated) — Since 2013, we’ve asked NPR staff and contributors to tell us about their favorite books of the year in our annual Books We Love project.

This year, we’re kicking things off early and publishing our recommendations in two installments. The first came out at the end of June and includes books published in the first half of the year. (The second one will drop in the fall.)

There are beach reads and books that transport you to other times and places.

Of the 167 books that made the cut, here are the 14 that have been the most recommended so far.

The Hacienda by Isabel Cañas

I’m a sucker for gothic novels, and I’ve been loving the trend of gothics that take place somewhere unexpected (i.e., not Europe).

The Paris Apartment by Lucy Foley

Lucy Foley is back with her latest whodunit, this time set in an eerie Parisian apartment complex. With characters suspicious and unlikable in their own way and a fun twist, you’re in for a dark and moody escape.

How High We Go in the Dark by Sequoia Nagamatsu

Sequoia Nagamatsu’s debut is beautiful and unsparing in its depiction of a world reeling from a climate catastrophe-driven plague. Though the universe these stories are unfolding within is undeniably bleak, Nagamatsu imbues his characters with a sense of cosmic hope and humanity.

Lessons in Chemistry by Bonnie Garmus

The 1950s weren’t just unkind to women with aspirations outside the home — they were punishing. This book is an often funny-yet-infuriating read.

This book paints a beautiful, hilarious, sometimes excruciating portrait of what it means to be a cliche at different stages in your life. Alejandro Zambra makes all of these stages feel rich and human, and the characters never become too old — or too stuck in their ways — to outgrow themselves.

Do any of us really know our parents? I kept returning to this question as I read this novel about Eleanor Bennett, a Caribbean-born woman whose secrets bring her two estranged children together only after her death.

If you graduated only to feel disillusioned about academia, you’ll relate to Disorientation, a literary satire that takes a hilarious and refreshingly honest look at the power dynamics of college campuses.

Funny You Should Ask by Elissa Sussman

Chani Horowitz lands the dream gig: She’s assigned to write a profile of a Very Hot Movie Star. The two spend a weekend together — and the ensuing article leaves readers wondering what really happened between them. A divorce, a drinking problem and a decade later, Chani and the star reunite for another interview. Is it a PR stunt or something else? Listen, it’s bad journalism to (maybe) sleep with your sources. But what warmblooded human could pass up the dream of landing an interview with a Michael B. Jordan or a Harry Styles, only to have them fall in love with you?

Mouth to Mouth by Antoine Wilson

When you save someone’s life, do you become responsible for them? This is the question that propels Mouth to Mouth forward. It’s a lean, existentialist drama, and capped with a satisfying twist ending.

World builder is a phrase that’s rightly used to describe Emily Mandel’s immersive powers as a novelist. I didn’t just read Station Eleven, The Glass Hotel or Mandel’s latest, Sea of Tranquility. I lived in those novels.

Magic permeates everything in Nghi Vo’s version of the world, with Wild Hunts stalking the backlots and monstrous studio heads devouring the unlucky and the unfavored. She can take even the most ordinary of actions and describe it in a way you never thought of before and do it with heartbreaking beauty and layers of subtext.

The Nineties by Chuck Klosterman

This book took me back through the decade, but this time as an adult. And for the first time, everything going on in 2022 fell into place, like I’d been watching the second season of a TV show and finally caught up on the first. If you were there, The Nineties is a perfect refresher on what the decade was really like. If you were too young, it’ll tell you all you need to know.

What My Bones Know: A Memoir of Healing from Complex Trauma by Stephanie Foo

In her debut memoir, Stephanie Foo confronts her history growing up in an abusive household and, as an adult, battling complex PTSD, a disorder that many refuse to even recognize. It’s an unflinching reminder of the hidden struggles many face, told with the keen eye of a researcher and the brutality of a documentarian.

Scoundrel: How a Convicted Murderer Persuaded the Women Who Loved Him, the Conservative Establishment, and the Courts to Set Him Free
by Sarah Weinman

Scoundrel is an unusually engrossing work of nonfiction, a true-crime thriller that intersects seamlessly with the history and politics of its 1950s to ’70s setting.

books for summerBooks We Love

Ketanji Brown Jackson is now on the Supreme Court. Central Pa. experts and parents chime in on the diverse kids' books used to try to stop her confirmation