Tony Siragusa, defensive tackle for the Super Bowl-champion Baltimore Ravens, holds the Vince Lombardi trophy as he rides with his wife, Kathy, in a parade in his hometown of Kenilworth, N.J. on March 4, 2001.

“There was no one like Goose. A warrior on the field and a team unifier with a giving, generous heart who helped teammates and the community more than most people know.” 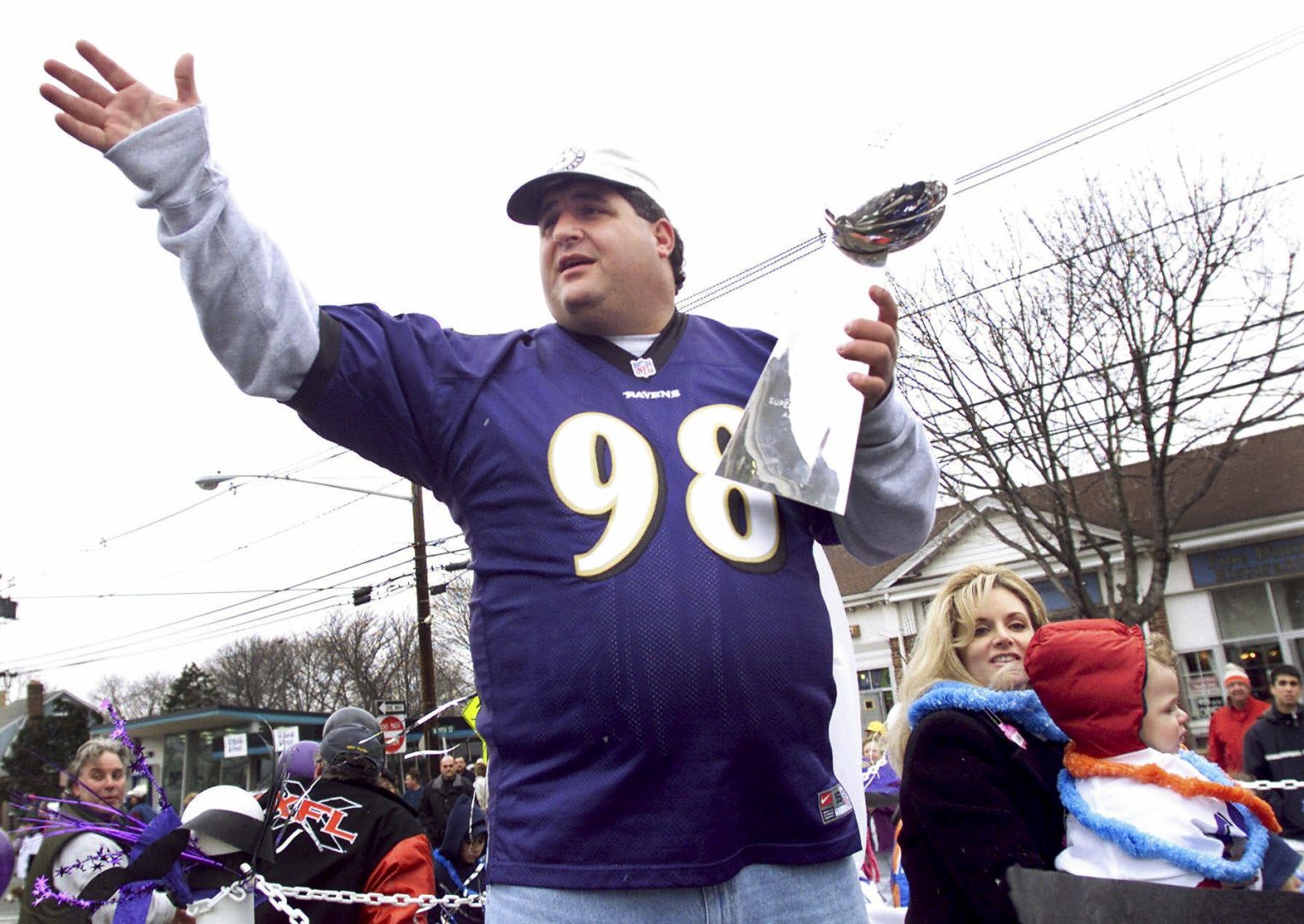 Tony Siragusa, defensive tackle for the Super Bowl-champion Baltimore Ravens, holds the Vince Lombardi trophy as he rides with his wife, Kathy, in a parade in his hometown of Kenilworth, N.J. on March 4, 2001.

in NFL history with the Baltimore Ravens, died Wednesday. He was 55.

Siragusa’s broadcast agent, Jim Ornstein, confirmed the death. The cause of death was not immediately available.

“This is a really sad day,” he said. “Tony was way more than my client, he was family. My heart goes out to Tony’s loved ones.”

Siragusa, known as “Goose,” played seven seasons with the Indianapolis Colts and five with the Ravens. Baltimore’s 2000 team won the Super Bowl behind a stout defense that included Siragusa, Ray Lewis and Sam Adams.

Siragusa was popular with fans because of his fun-loving attitude, which also helped him transition quickly to broadcasting after his playing career.

“There was no one like Goose — a warrior on the field and a team unifier with a giving, generous heart who helped teammates and the community more than most people know,” said Brian Billick, the coach of that 2000 team. “We would not have won the Super Bowl without him. This is such stunning, sad news.”

Siragusa came to Baltimore as a free agent in 1997 and teamed up with Adams to form an imposing defensive tackle tandem. He finished his career with 22 sacks. 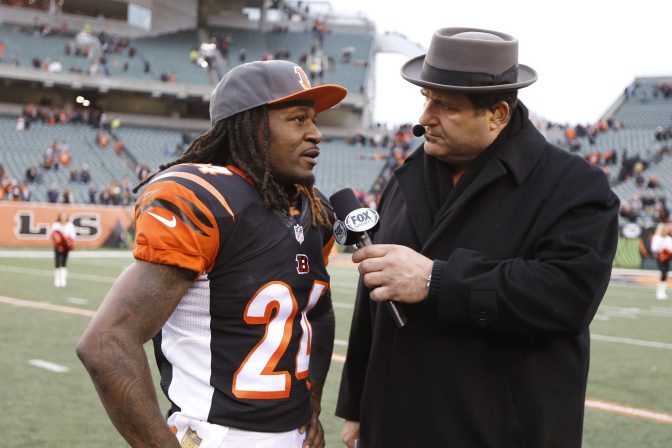 “I love Goose like a brother. From the first day we met, I knew that life was different. I knew he was someone who would change my life forever,” Lewis said. “He was a one-of-a-kind person who made you feel important and special. You can never replace a man like that.”

The news of Siragusa’s death came on what was already a tragic day for the Ravens. The death of Jaylon Ferguson, a linebacker for Baltimore, at age 26 was announced earlier in the day.

“This is a tremendously sad day for the Baltimore Ravens,” owner Steve Bisciotti said. “We appreciate everyone who has expressed an outpouring of support for our players, coaches and staff.”

Siragusa was a star football player and wrestler at David Brearley High School in New Jersey. He then played collegiately at Pittsburgh, where he had a reputation for wisecracks well before his NFL career.

“If I wanted to learn a school song, I would’ve gone to Notre Dame or Penn State,” he once said. “I want to kill people on the football field. That’s why I came to Pitt.”

Siragusa went undrafted before signing with Indianapolis, but he turned out to be a championship-winning force in the NFL. Then he took his personality to the airwaves, working for Fox’s NFL coverage.

“His incomparable passion for football established him as one of the most charismatic personalities ever to set foot on the gridiron or in front of a camera,” Fox Sports said in a statement. “Goose was a natural in his ability to relate the sport and its players to fans everywhere.”

Siragusa also had a role on HBO’s “The Sopranos” and hosted shows on the Discovery Channel and DIY Network.

“Tony truly was bigger than life, on and off the field,” said Pat Narduzzi, Pitt’s current football coach. “He played the game passionately and relentlessly. Despite not being drafted, he thrived in the NFL for 12 years. His post-football life took him so many places but he never forgot Pitt. We could always count on him to send the best recorded pep talks to our guys before our biggest games.”