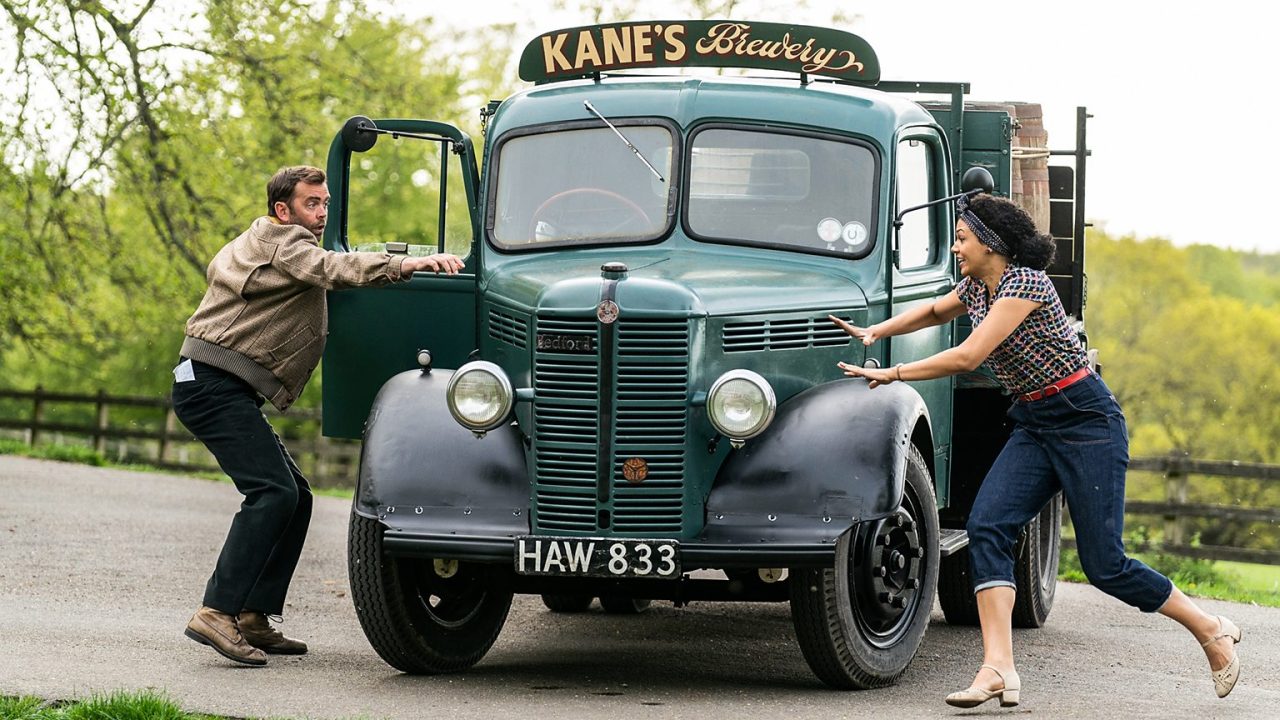 Based loosely on short stories by G.K. Chesterton, Father Brown follows the kindly cleric as he solves crimes in his community. It features an English world of drawing rooms in large country houses, miles of countryside, village halls, secret gardens, country fairs, and rural parish churches.

Father Brown sets out to solve a new crime each episode, and he does it by looking into the truth of the soul. His years spent hearing his parishioners’ confessions have given him an eerie insight into where evil comes from and the workings of a criminal mind.

But Father Brown is more concerned with saving souls than bringing the guilty to justice.

In the season 9 premiere, The Menace of Mephistopheles, Father Brown is called on by Sergeant Goodfellow after Phillip Darlington is stabbed to death and the Sergeant witnesses Inspector Mallory planting a knife in the bedroom of Darlington’s son, Lawrence.

The case is complicated when it’s discovered that Mallory’s wife and children are missing, and Darlington’s daughter, Arabella, returns home after being married that weekend. Lawrence and Arabella claim they slept all night – Lawrence in the house and Arabella with her new husband in Oxford.

The rest of the season is filled with murder mysteries, fires, adultery, a missing priceless tiara, and more. Watch the action unfold on WITF TV Thursdays at 8pm starting June 30. You can also livestream the show through the free PBS Video app.