Office of Philippine Consul-General Elmer Cato / Via The Associated Press

‘It’s terrible:’ Philadelphia mayor sorry for death of Filipino lawyer who was shot and killed in the city

A $20,000 reward was being offered for any information that will lead to the arrest of the gunman. 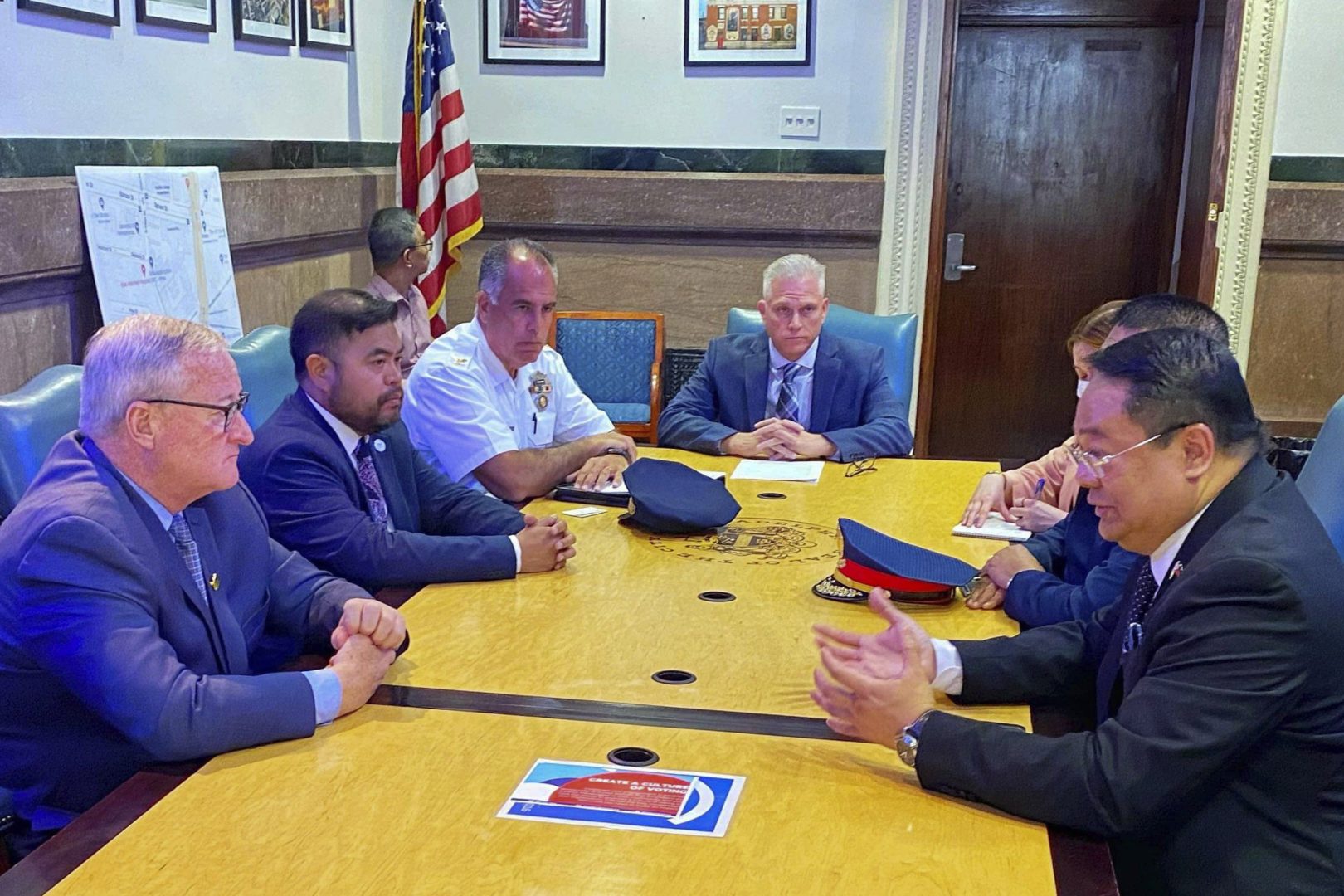 Office of Philippine Consul-General Elmer Cato / Via The Associated Press

The mayor of Philadelphia expressed shock and sorrow over the killing of a Filipino lawyer who was shot in the city over the weekend and is offering a $20,000 reward for information that will lead to the arrest of the shooter, a senior Philippine diplomat said Wednesday.

John Albert Laylo and his mother were heading to the airport to board a flight early Saturday when someone in a nearby car fired several rounds into their Uber at a red light near the University of Pennsylvania, police said. Laylo was hit in the back of the head and died Sunday in a hospital.

“I am sorry. It’s terrible,” Philippine Consul General Elmer Cato quoted Mayor Jim Kenney as telling him in a meeting at Philadelphia City Hall in an apology for Laylo’s family and the Philippines. The mayor told him a $20,000 reward was being offered for any information that will lead to the arrest of the gunman, he said.

The victim’s mother, Leah Laylo, “told me to convey to the mayor her anguish, her anger and her demand for justice” and Kenney gave his assurance “that everything will be done to bring whoever is responsible for the death of her son to justice,” Cato told The Associated Press.

“I also conveyed the great importance the Philippine government places on this case and the hope that authorities would do everything they can to solve the case,” he said.

Laylo, 35, had last worked for a private company in Manila, Cato said. He had also served as a legislative staffer for opposition Sen. Leila de Lima from 2016 to 2018 then left to take up graduate studies. De Lima earlier expressed hope a suspect would immediately be held to account “for the brutal and senseless act.”

In Cato’s meeting with Kenney, who was with two police officials involved in the investigation of the shooting, “we were told it is mostly likely a case of mistaken identity,” Cato said without elaborating. He added police were analyzing video footage that showed some vehicles, including a black Cadillac, near the car carrying Laylo and his mother shortly before or around the time of the attack.

Kenney expressed his concern over the proliferation of guns that has led to deadly shootings in the U.S., Cato said.

In tweets earlier this week, Kenney said he was appalled by the “senseless” shooting. “Every act of gun violence is an unspeakable tragedy,” he wrote, while also calling for anyone with information about the shooting to contact police.

Philadelphia, along with other large U.S. cities, is experiencing a surge in gun violence. In one notable episode June 4, a gun melee in the South Street entertainment district, about 3 miles (5 kilometers) from the shooting that killed Laylo, left three people dead and several others injured.

Laylo’s mother, who was slightly injured by glass fragments during the shooting, posted to Facebook that she and her son had been on vacation together. She shared snapshots of her and her son touring sites in New York, Washington and Philadelphia.

The victim’s remains may be flown back to the Philippines on Tuesday, Cato said.