Tom Brittney as Rev. Will Davenport and Robson Green as DI Geordie Keating 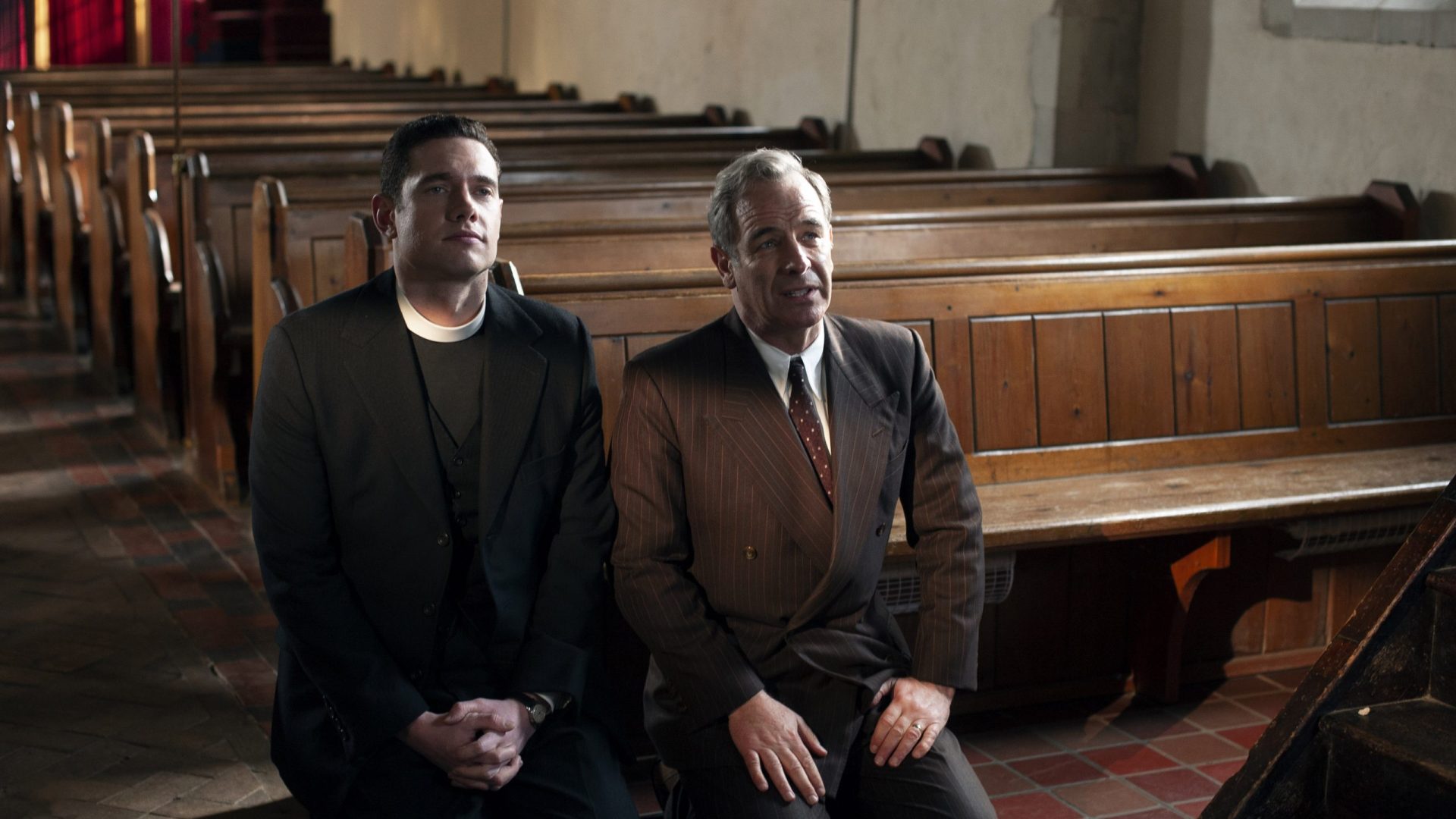 Tom Brittney as Rev. Will Davenport and Robson Green as DI Geordie Keating

Watch the Season 6 Marathon of Grantchester Sunday, June 26 starting at Noon until 8pm on WITF TV, or you can livestream it from the PBS Video app.

Grantchester Season 7 premieres on WITF TV and the PBS Video app on July 10 at 9pm. In anticipation of the premiere, WITF TV will air an 8-hour long marathon of the show’s sixth season.

Season 6 takes place in 1958 Grantchester. Reverend Will Davenport (Tom Brittney) delights in his role as a firebrand vicar who’s willing to rock the boat and challenge conventions to help people.

This very role puts him at odds with his own ideals when his kind-hearted curate Leonard Finch (Al Weaver) is caught up in a scandal. Will’s best friend, Detective Inspector Georgie Keating (Robson Green), finds his principles shaken, housekeeper Mrs. Chapman (Tessa Peake-Jones) is distraught, and Geordie’s wife Cathy (Kacey Ainsworth) is defiant.

With new crimes appearing at every corner – and with mortality and legality at odds – it will take all of Will’s skill and empathy to navigate these choppy waters and help the ones he loves.

Binge the entire sixth season of Grantchester Sunday, June 26 from Noon until 8pm on WITF TV or by livestreaming it from the PBS Video app.

Meet Our Final Two Contestants from The Great American Recipe