Pa. House lawmakers can be punished for alleged sexual misconduct against chamber employees, but current rules leave many people, including administration officials and lobbyists, unprotected. 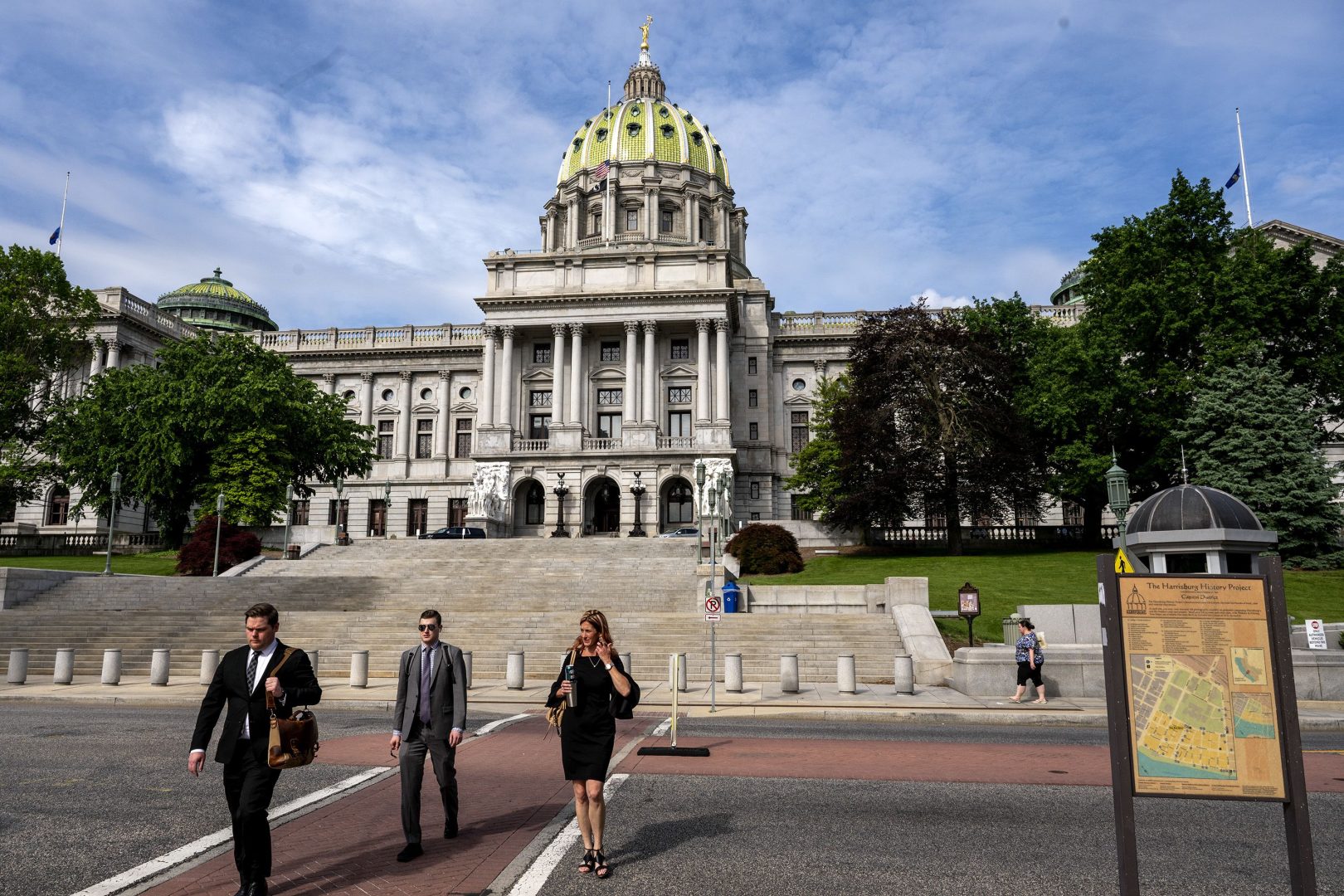 As of right now, the talks center around a bipartisan resolution that would specifically forbid lawmakers from engaging in sexual harassment “while performing House-related services or duties or in or on any House owned or leased property or facilities.” Consequences could range from censure to expulsion, depending on the outcome of an internal investigation.

A spokesperson for House Speaker Bryan Cutler (R., Lancaster) confirmed that the resolution was under discussion. House Minority Leader Joanna McClinton (D., Philadelphia) also confirmed the talks, but added that “there hasn’t been any movement on it as of yet.”

A spokesperson for House Majority Leader Kerry Benninghoff (R., Center) said that Benninghoff had not discussed the proposal with McClinton, but noted that Benninghoff was a co-sponsor of the rule and that he looks “forward to continued discussions over ways to improve our practices.”

The resolution, authored by state Rep. Kate Klunk (R., York), would expand on rules adopted four years ago that prohibit representatives from engaging in “unwelcome sexual advances, requests for sexual favors or other verbal or physical conduct of a sexual nature” against state House employees.

The change was adopted in 2019 after a former state House lawmaker accused of sexual misconduct, including against a colleague, refused to leave the General Assembly.

But the current rules still leave hundreds of people, from state Senate and administration officials to lobbyists and journalists, unprotected under state House rules. While an aggrieved person can seek legal action, the state House is unable to consider the complaint and handle it institutionally.

By focusing on fellow employees, the current rule also takes a restrictive view of the job of a lawmaker. They are also on duty at ribbon cuttings, fundraisers, and in constituent meetings, a 2019 report on the General Assembly’s sexual harassment policies written by Villanova University professor Shea Rhodes noted.

Rhodes wrote the report for a grand jury after former state Rep. Brian Ellis (R., Butler) was accused of sexual assualt in 2019. (He denied the allegations.)

The eight-member panel, split evenly among the majority and minority parties, is charged with enforcing the chamber’s rules and investigating potential violations.

If a state House lawmaker is found guilty of a violation, the full body can vote to punish them by censure, the revocation of “any right, power or privilege” of being a legislator, or even expulsion from the chamber.

Right now, victims who approach the committee but don’t work for the state House “would have to look elsewhere for some kind of remedy, and that’s unfortunate because that is not the type of culture we should be promoting within the Capitol,” Stephens said.

The proposed resolution would also allow the committee to vote to release information on its investigations if “information regarding a complaint or an investigation has been entered into the public domain.”

An ethics committee investigation found that the allegations were credible, according to excerpts released by one of the women’s attorneys. However, state House rules at the time did not mention sexual misconduct. Leadership called for him to resign, but Miccarrelli, who denied the allegations, chose to serve out his term.

At the start of session in 2019, the state House approved a new rule that bans “unwelcome sexual advances, requests for sexual favors or other verbal or physical conduct of a sexual nature.”

“The new rules set clear guidelines regarding member conduct and the consequences of misbehavior,” Cutler wrote in an op-ed at the time. “We improved handling of sexual harassment complaints and outlined a zero-tolerance policy if a member is convicted of a crime.”

The person who brought the allegation was a state employee, but not a state House employee, and could not file an ethics complaint.

Like with Miccarelli, GOP leadership called for Ellis to resign. They also stripped his committee assignments.

A month and a half later, Ellis stepped down, saying in a resignation letter he “concluded that it is in the best interests of my family, the residents of the 11th House District, and my own health that I resign from the General Assembly.”

While Ellis did agree to leave, one source familiar with the ethics process noted that the incident showed the state House still had few options to act upon without a formal ethics complaint.

Talks are ongoing, but the source was cautious, citing “massive trust issues” between the General Assembly’s two partisan camps.

For Rhodes, fears of partisan disciplinary practices emphasized the need for a fully nonpartisan watchdog to police lawmakers’ behavior.

“HR departments exist for the purposes of protecting the company,” Rhodes told Spotlight PA this week. “These committees are all General Assembly members, and their job is to protect the General Assembly.”