Dr. Kimeka Campbell speaks to crowd outside of of Dauphin County Prison.

Advocates are calling for more restorative measures for people housed inside the county jail. 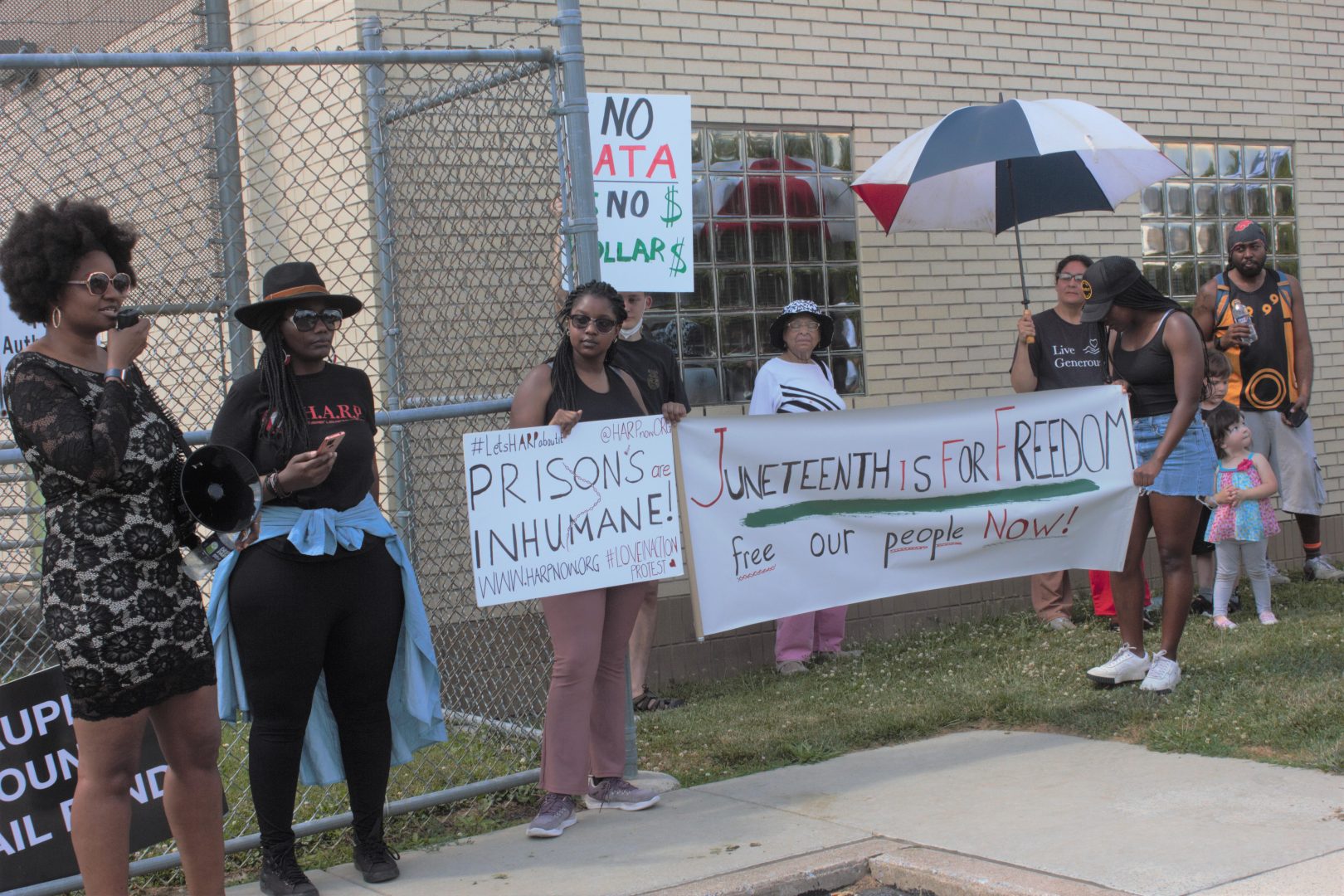 Dr. Kimeka Campbell speaks to crowd outside of of Dauphin County Prison.

The “Love  in Action Rally” was organized by the Harassment and Assault Reporting Platform (commonly known as H.A.R.P.) and the Dauphin County Bail and Harrisburg Abolition Table in honor of Juneteenth – a holiday that celebrates the emancipation of enslaved African Americans.

“What is more Juneteenth than continuing to advocate for the remnants, the castaways of society, folks society looks at as throwaways,” said Winnie Okello, P.E., founder of H.A.R.P.

The groups say the conditions inside the prison are inhumane, and are trying to highlight allegations of poor water quality, temperature regulation and disregard to female prisoners’ personal hygiene needs.

Dauphin County Prison, next to the Harrisburg Mall, has had 16 deaths since 2019. A report from Reuters found that 20 people died in the prison between 2008 and 2019.

WITF reported that Jamal Crummel, who died in January 2022 had hypothermia at the time that he died, and that conditions inside the jail were “ice cold” in the days before his death. Officials have not released his cause of death.

Onah Ossai, member of Harrisburg Abolition Table, said organizers felt compelled to call for a rally after attending the Prison Board of Inspectors meetings and feeling that prison is not being transparent with the public.

“They’re hiding stuff in there, and we need people to know what they’re hiding,” Ossai said. “This information should be available to the public. We should know what’s going on.”

John Wetzel, special advisor to the board, released a statement in response.

“We have made significant progress in making Dauphin County Prison a safer place for inmates, staff, and visitors. And we are making this progress in the public eye; transparency is crucial to all reform efforts.”

Wetzel said in his statement that some of the recent “efforts and improvements” include staff training on the use of force, and says those incidents have decreased. He also highlighted staffing analysis to come up with strategies to manage the prison population and improve staff morale, as well as  “transparency goals,” although those goals were not specified.

Wetzel’s statements did not address the specific concerns the protesters had regarding living conditions inside the jail, but he said that anyone concerned about prison matters can reach out to him.