Blood is seen at the scene of a fatal overnight shooting on South Street in Philadelphia, Sunday, June 5, 2022, where bullet holes on a storefront window from a prior shooting can also be seen.

DA: A fistfight devolved into gunfire in Philadelphia, random shots in crowd along South Street

"In a country where you have some 300 million people and 500 million guns, it went from fists to bullets very, very quickly." 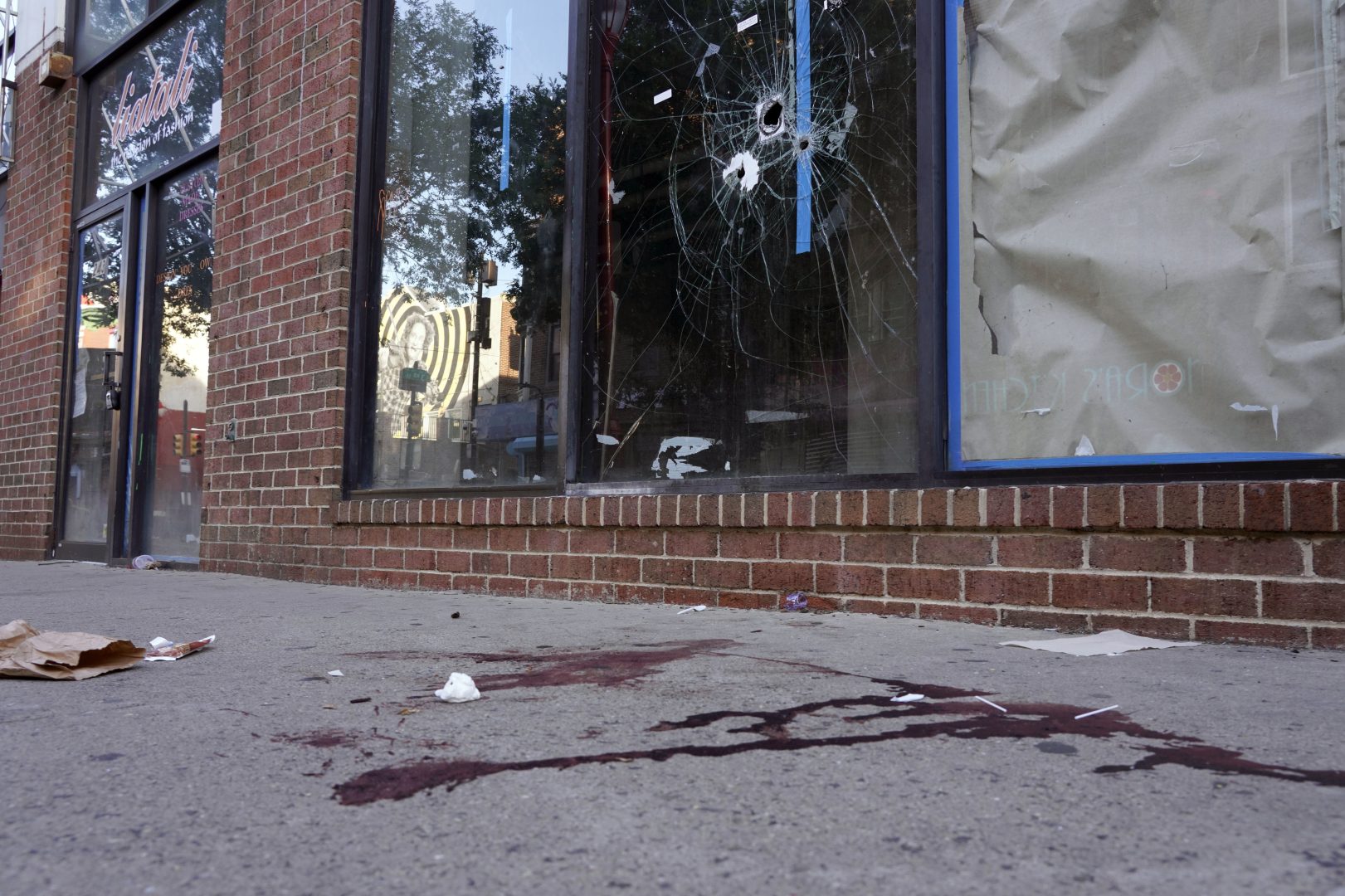 Blood is seen at the scene of a fatal overnight shooting on South Street in Philadelphia, Sunday, June 5, 2022, where bullet holes on a storefront window from a prior shooting can also be seen.

(Philadelphia) — When two teen friends in matching sweatshirts heard gunfire up ahead in a crowd of people on South Street in Philadelphia on Saturday night, each pulled out his own weapon and started firing at random, officials said Thursday.

One struck and killed a youth counselor who was out celebrating his 22nd birthday on the unusually warm night, while the other killed a 27-year-old home health aide, authorities said. The teens also struck at least one of the 11 people wounded in the melee, which began at least a block away when a fistfight devolved into an exchange of gunfire that killed a third person, one of the gunman involved in that fight, authorities said.

“Sadly, there’s nothing new about (when) people hear shots fired, they reach for whatever weapons they have,” District Attorney Larry Krasner said Thursday, when the pair of 18-year-old murder suspects were captured in Virginia by U.S. marshals. 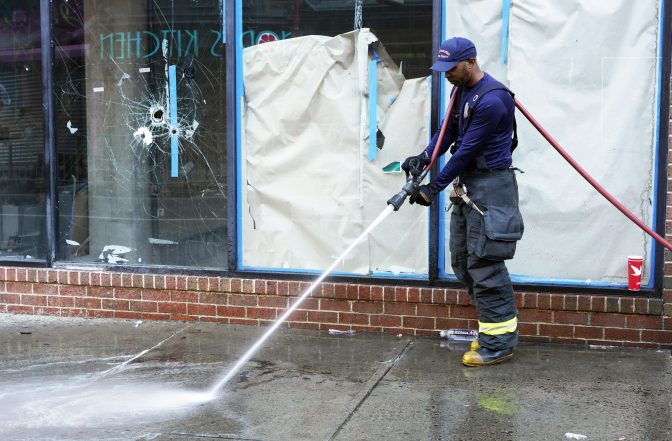 “We have what started out as an unfair fistfight — two people attacking one person. In a country where you have some 300 million people and 500 million guns, it went from fists to bullets very, very quickly,” Krasner said.

Quadir Dukes-Hill, 18, and Nahjee Whittington, who was 17 at the time of the shooting but is now 18, both face murder charges, authorities said. Dukes-Hill is charged in the death of Alexis Quinn, 27, while Whittington is accused in the death of Kristopher Minners, 22. Both suspects are from the Philadelphia area, but were captured late Thursday morning at a home in Richmond without incident, according to Robert Clark, a supervisor with the U.S. Marshals Service fugitive task force.

The teens will be extradited to face charges in Philadelphia in the coming weeks and will not be eligible for bail given the murder charges, Krasner and other officials said at press conferences held Thursday afternoon. Krasner expects to seek to try Whittington as an adult although he was a few days shy of 18 at the time. It was not immediately clear if they had lawyers representing them.

The gunfire began a block or two up ahead on South Street — a gathering spot for young crowds for a half century, packed with restaurants, bars and stores — when three men began fighting and two exchanged gunfire, firing 17 bullets in all.

Police believe Gary Jackson, 34, pulled out his weapon first, striking a man who fired back and killed him. That man remains hospitalized in critical condition. Krasner does not intend to charge him, deeming the fatal gunfire self-defense. Both Jackson and the hospitalized man were licensed to carry firearms, the prosecutor said. 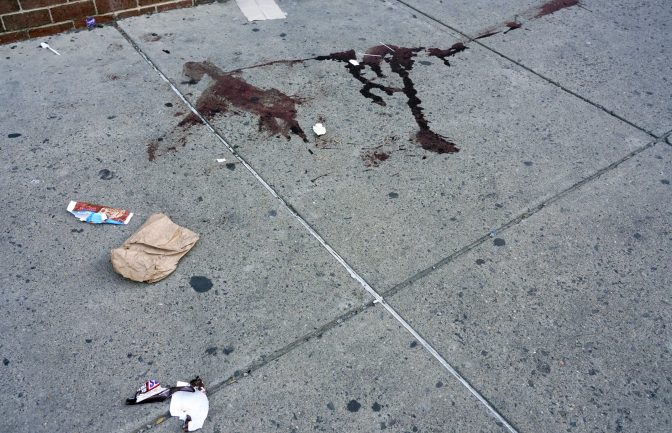 However, his office did charge a fifth man whom they said fired an illegally made ghost gun into the crowd. They are not yet sure if that gunman struck any of the 11 wounded.

Surveillance video of the scene on Saturday showed scores of people milling about on the sidewalks and in the street, before fleeing when the gunfire erupted. Minners was a residential advisor at Girard College, a boarding school for disadvantaged youth which he had attended, while Quinn was a health aide.

“Guns appear to be falling out of the sky,“ Philadelphia Police Commissioner Danielle Outlaw said on Tuesday, as she toured the area with Mayor Jim Kenney and spoke to concerned merchants, according to The Philadelphia Inquirer.