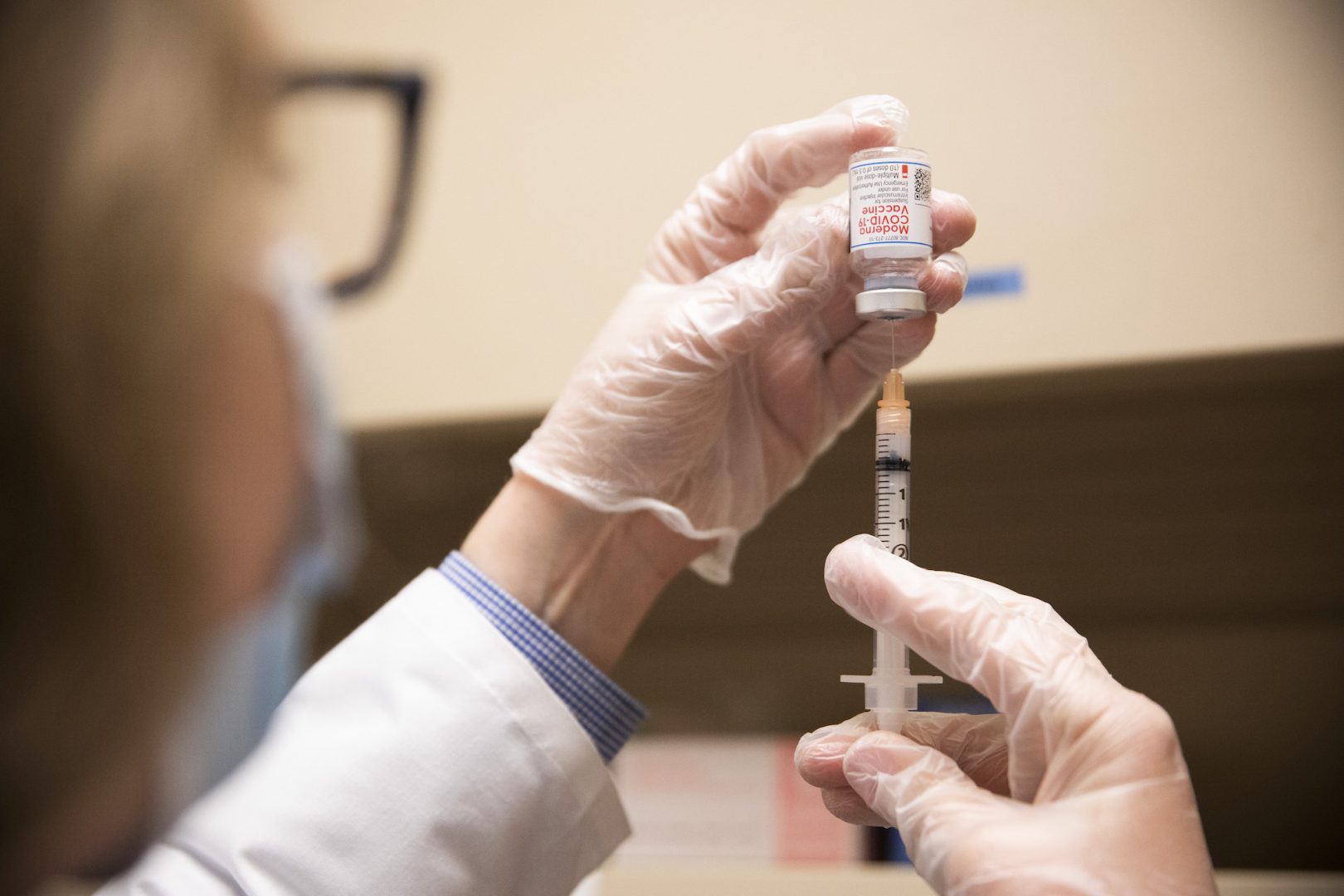 Pennsylvania pharmacists and doctors are still at loggerheads over two bills that would allow pharmacies to continue administering pediatric vaccinations, as they’ve done throughout the COVID-19 pandemic.

Since 2020, Pennsylvania pharmacies have benefitted from emergency flexibilities, which allowed them to more easily vaccinate both adults and children.

But those emergency waivers are set to expire this month. And once they do, pharmacies would no longer have these increased flexibilities.

So, lawmakers have proposed two bills — House Bill 1535 and Senate Bill 511 — that would, among other protections, allow pharmacists and pharmacy technicians to continue administering any vaccine to children 3 and older with parental consent. (Pennsylvania pharmacists have been able to give flu shots to children over 9 since 2015.)

The opponents argue that if children can get vaccinated at pharmacies, they may skip important health visits at their doctor’s office.

“My largest concern is a lot of the reason people come to my office … is they need to get their vaccinations,” said Dr. Timothy Welby, a Scranton pediatrician and American Academy of Pediatrics member, during a press conference Thursday. “That’s part of the impetus to come for routine visits. And if that impetus isn’t there, we may not get them here to the office as frequently as we need to.”

However, pharmacists argue that the legislation would expand access to vaccines, especially for children in rural or low income neighborhoods. A study funded by the American Disease Prevention Coalition found that the number of pharmacies in low-income communities is 15% higher than the number of doctors’ offices. In addition, the study found that those pharmacies offered nearly double the number of hours for immunizations.

“The intent of this legislation is not to supplant what a pediatrician is already in place to do,” said Victoria Elliot, CEO of the Pennsylvania Pharmacists Association, “but rather offer another access point, a way to get some of that preventative care when needed, if it can’t be obtained elsewhere.”

She added that the goal would then be to “try and actually refer that patient out to a physician that might have the capacity at that time to take them on and really evaluate and take care of the rest of their medical needs.” 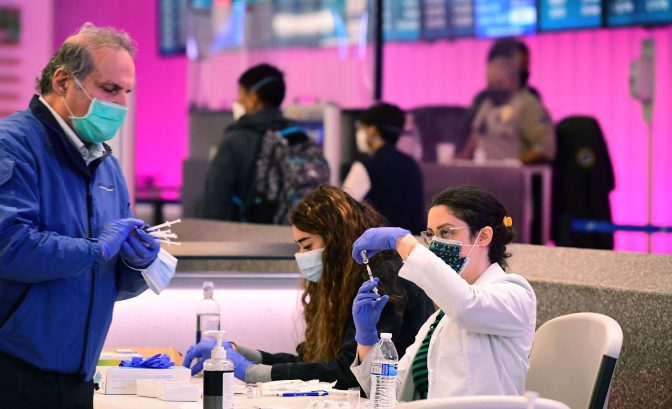 Pharmacists load syringes with the Covid-19 vaccine for administration at a pop-up clinic in the international arrivals section of Los Angeles International Airport in Los Angeles, California on December 22, 2021. – The clinic at the airport offers free vaccinations and boosters for holiday travelers on December 22 and on December 29. Los Angeles County sees what could be the beginning of a winter surge with more than 3,200 Covid-19 cases reported every day since last December 17. (Photo by Frederic J. BROWN / AFP) (Photo by FREDERIC J. BROWN/AFP via Getty Images)

Pediatricians also argued that if someone has a rare reaction to a vaccine, they’re safer in a medical practice than they are at a pharmacy, because doctors are on location. But Elliot said that pharmacists are trained to respond to reactions to the same capacity doctors and nurses are. In fact, it’s a requirement, she said.

During the press conference, doctors also said the physician-patient relationship is crucial when providing vaccine information.

“We are very comfortable and used to informing the parents about the benefits and potential risks of the vaccine,” said Dr. Mary Ann Rigas, vice president of the Pennsylvania chapter of the American Academy of Pediatrics.

“Oftentimes, we’re very experts in helping overcome vaccine hesitancy with our patients and families because they trust us,” Rigas said. “They’ve had a longstanding relationship with us. We know exactly which vaccine should be given when, and we rarely have to consult the chart, because it’s just part of what we do every day.”

She said kids are often “more comfortable” going to the pediatric or family practice office, because they know the medical staff, and they’re used to getting shots in that setting.

Elliot said that pharmacists, too, form relationships with patients who go to them for questions about their prescriptions and vaccines. She said that though many people have had the COVID-19 vaccine, pharmacists’ work is far from over as the pandemic rages on.

“There’s still a need to get folks vaccinated. We have a new vaccine being approved as late as this week. We have vaccines being now available in boosters for children, 5 and up. This is not going away,” Elliot said. “And longer term, this bill would help position those pharmacies that want to participate and can participate as vaccine providers to be prepared to help with a future pandemic.”