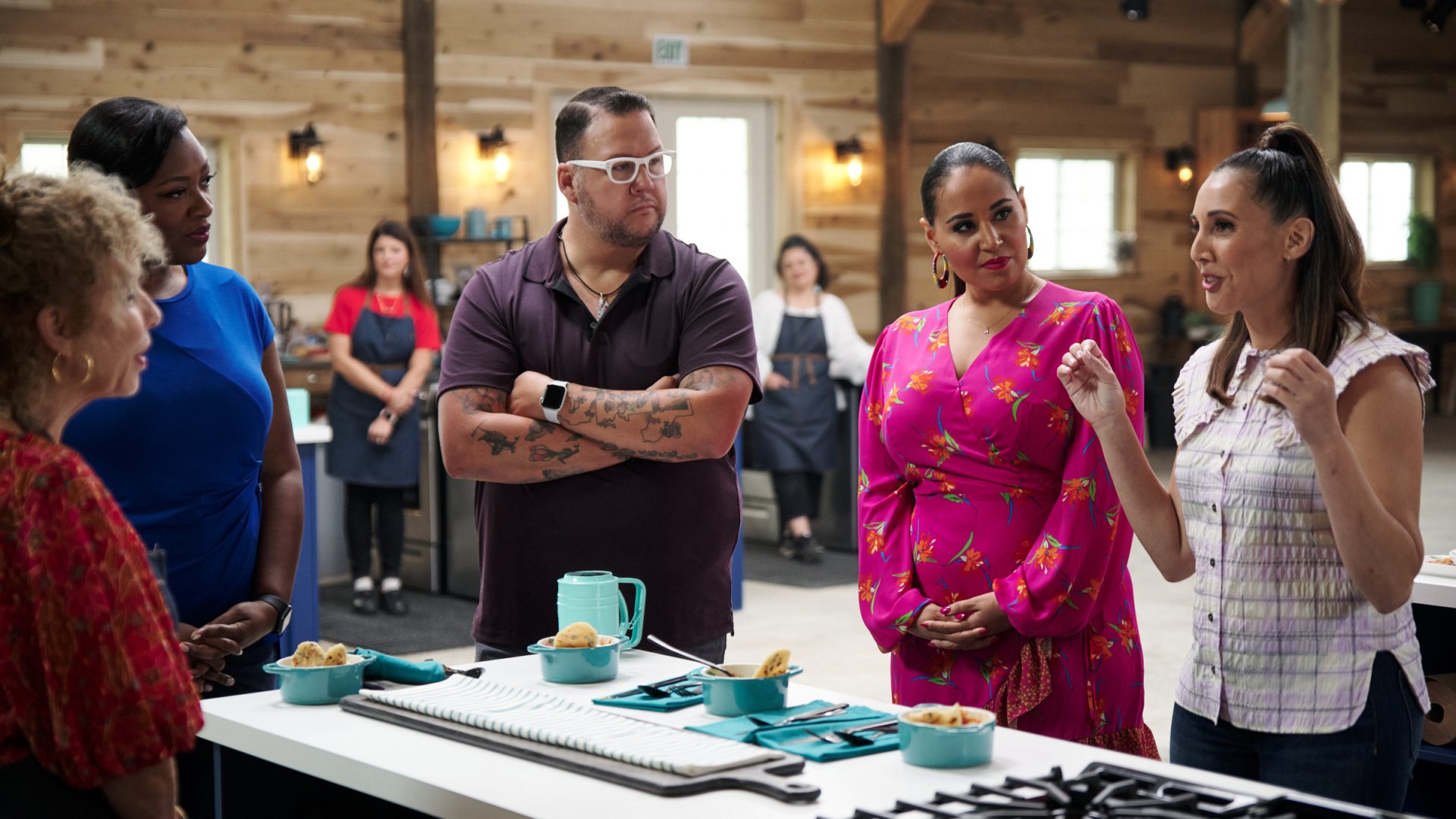 Ten chefs will share their unique culinary styles, all of which have been shaped by their backgrounds – Syrian, Hungarian, Vietnamese, Mexican, Italian, Puerto Rican, Filipino, and Southern soul food. The finished dishes represent the flavor and diversity of American home cooking.

In each episode, the contestants show off two of their beloved signature dishes as they compete to win the national search for “The Great American Recipe.”

Meet four more of our chefs: 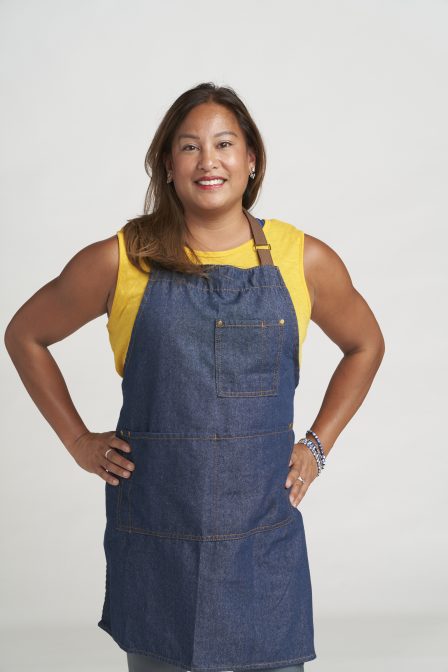 Christina McAlvey calls her food “Fili-fusion,” a mash-up of Filipino flavors blended with her favorite cuisines. She was born in Michigan shortly after her parents emigrated to the United States from the Philippines in the 1970s. From an early age, she helped her parents in the kitchen, making Filipino dishes and taking home-cooked meals to school for lunch. Her signature dish is Chicken Adobo, which she learned to make from her dad as a child.

Now living in Portland, she finds that the area’s outdoor lifestyle encourages her to cook healthy, environmentally sustainable meals using locally sourced organic and gluten-free ingredients. With her interest in fitness, she loves to create healthier versions of her family’s favorite Filipino recipes.

As a small business banker with a busy personal and professional life, she doesn’t always have time to tackle complicated recipes and has learned to make simple and delicious meals using the ingredients she has on hand. 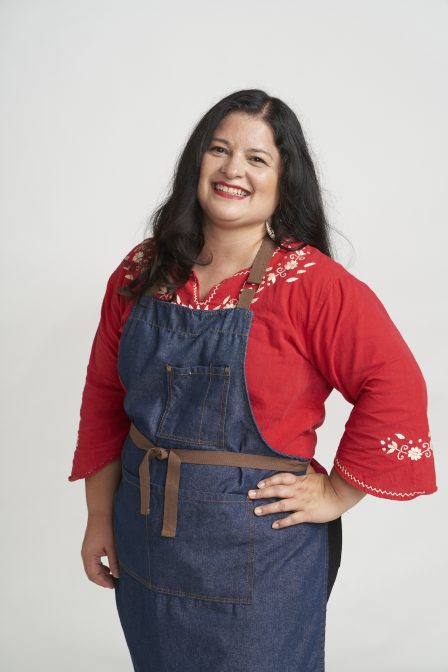 Silvia Martinez grew up in Guanajuato, Mexico, cooking authentic dishes she learned from her grandma, aunts, and mother. After college, Silvia worked as a human resources executive and university instructor. She met and married an American and they moved to California’s Central Coast.

Silvia’s transition to life in the United States was challenging, but once she became a mother, she connected with other Latinx parents by sharing her favorite recipes and bicultural life through her popular bilingual website.

She has adapted some of her Mexican recipes to reflect a California lifestyle while also keeping many traditional Mexican dishes. One of her signature dishes is Sopa Tarasca, a pinto bean-based soup with tomatoes and chile ancho topped with crispy tortilla strips, avocado, and queso fresco.

Watch The Great American Recipe Fridays at 9pm starting June 24, or stream it on-demand from the PBS Video app and at video.witf.org. Episodes will be available to stream for free through December 31, 2022. 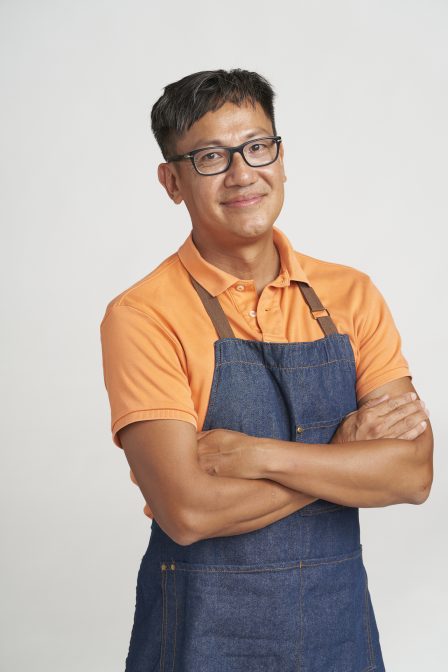 Foo Nguyen loves to prepare his family’s favorite recipes and considers his Vietnamese heritage his greatest culinary influence. His family emigrated to the United States when he was three and settled in Cincinnati, where he lived until he was 22.

Foo’s large family – he’s one of eight children – rarely ate out because of the expense, so his mom always served home-cooked meals. As he began to cook, he would combine Asian flavors with Midwestern comfort food classics. After his mother was diagnosed with dementia, he was motivated to continue her Vietnamese cooking traditions for his Korean American wife and their two daughters.

He now lives in Orange County, California, where there is a large Asian community and easy access to amazing ingredients. Foo is also a stand-up comic and believes food and comedy are the two things that can put a smile on anyone’s face. His signature dish? Egg rolls stuffed with pork, crab, and shrimp – a family tradition started by his mom. 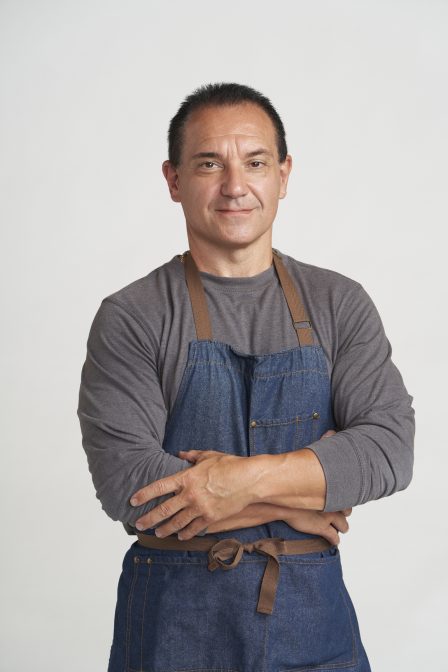 Dan Rinaldi grew up in a multi-generational Italian family and takes pride in sharing his family recipes. He learned to cook in his grandmother’s kitchen, where Sunday dinners were a staple of childhood.

He loves to make homemade pasta and is continuing the tradition with his wife, daughter, and grandkids. The secret to his cooking is heirloom Calabrian chilis, originally brought over from Italy, and he tries to work them into as many dishes as possible.

A firefighter for 33 years, Dan enjoys preparing hearty meals to share with his colleagues at the firehouse. While on duty, Dan became trapped inside a burning house, suffering third-degree burns and crushed limbs before being rescued by his fellow firefighters. After recovering, he came back stronger and has continued to thrive in the job he loves so much. His signature dish (and a firehouse favorite) is his grandmother’s meat sauce recipe – Sunday gravy with meatballs.

Watch The Great American Recipe Fridays at 9pm starting June 24, or stream it on-demand from the PBS Video app and online. Episodes will be free to stream through December 31, 2022.